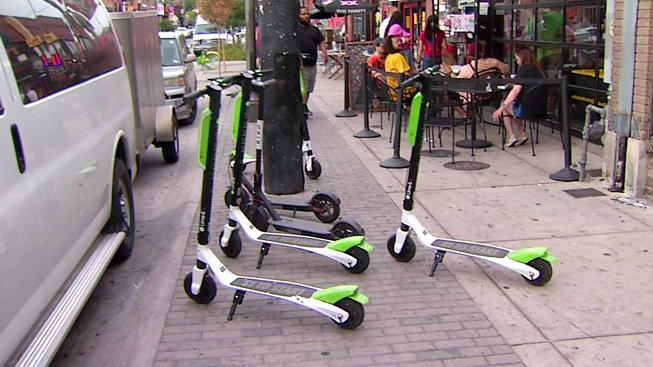 Lime, a transportation company, released survey data last week which found a decrease in car usage and an increase in scooter usage in the San Diego area. This positive data for the dockless transportation industry comes shortly after the San Diego City Council approved rules to regulate app-based scooter and bicycle rentals.

The survey, which was conducted over a period of 11 days in October 2018, found that 45 percent of the 1656 respondents indicated driving their cars less often on a daily basis with 22 percent of respondents stating that they used Lime specifically to get to work and school.

The survey also found that 60 percent of San Diego respondents are Hispanic, 25 percent of riders are 36 or above, and 16.5 percent of Lime users have previously or currently served in the military. This specific demographic information was published in a Lime press release.

Lime also reported that within the first five months of its business, San Diegans took 1 million rides on Lime bikes and scooters, with a one-year report showing that San Diego had more users than any other major city.

On the UC San Diego campus, dockless scooters and bicycles started appearing in December 2017 after the university partnered with Spin, an app-based bicycle rental company, to bring 300 dockless bicycles to campus. Since then, dockless bicycles and scooters from other companies have also appeared around campus.

These modes of transportation are also regularly used by commuter students as an alternative to driving to campus or taking the bus. Sophomore York Zhang, is one such commuter at UCSD who has replaced bus transportation with a dockless scooter to travel back home.

“When I want to relax, I will find one [scooter] to go back from UCSD,” York said. “I like to ride it at night when there’s only me riding on the bicycle lane. I enjoy the feeling of wind blasting on my face and running fast.”

According to York, there are also some drawbacks to dockless scooters, including the cost to rent a scooter and the rare amount of scooters available at night.

“I use the scooters almost every day,” Mumm told the UCSD Guardian. “I live in Pacific Beach and can often rely solely on the scooters for running errands locally.”

Mumm also said that he chooses to ride a scooter on campus to avoid long walks that take more than five minutes, noting that scooters serve as a supplement to his car and bus trips.

“I usually use the scooter as a means to get to the bus,” Mumm said. “I use [a] scooter to bridge the first/last mile gap from my house to the nearest bus stop.”

However, not everyone in San Diego holds a positive image of dockless modes of transportation. The San Diego City Council passed new regulations for the dockless transportation industry due to complaints from residents throughout the city. Additionally, an increase in accidents involving scooter riders throughout the area has raised discussions on implementing speed limits and age restrictions.

In the same press release, Lime’s San Diego general manager Jonah Peake said: “It is our hope that we can use our data to assist the City of San Diego as it makes infrastructure decisions that can advance micro-mobility and improve congestion and air quality for drivers, riders, and pedestrians alike.”

Lime originally partnered with the city of San Diego in February 2018, making San Diego one of the first cities worldwide to offer both dockless bicycles and scooters. However, no explicit partnership has been made between the company and UCSD.