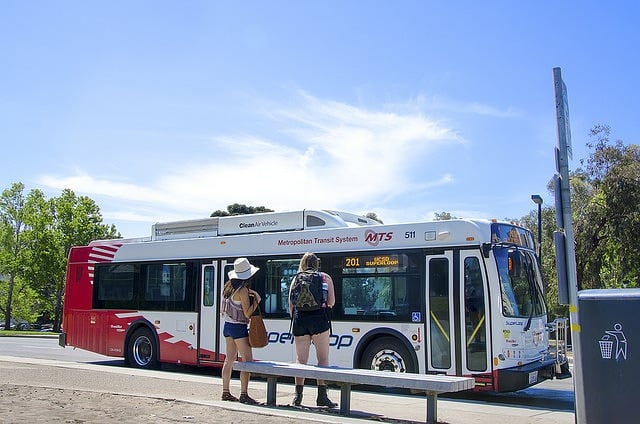 Transportation Services announced in a campus-wide email on Jan. 21 that the Arriba Shuttle route will cease to exist beginning on Feb. 1, with the San Diego Metropolitan Transit System instead adding buses to the SuperLoop route, which runs along the same streets. According to Rob Schupp, a public relations representative at MTS, the frequency of the SuperLoop will increase to every five minutes during peak hours and will expand its hours to 5:45 a.m. until midnight.

Schupp claims that consolidating the routes is believed to increase both the frequency and the hours of service of the buses. According to Director of Transportation Services at UC San Diego Josh Kavanagh, having a single agency controlling the scheduling and dispatching of buses is also expected to make the buses run more efficiently.

“The Arriba Shuttle is duplicative of the SuperLoop,” Schupp said. “Combining the routes made sense from an operational standpoint from both agencies.”

Schupp explained that in efforts to avoid overcrowding, a minimum of two MTS buses will be added and standby busses will be ready for additional services if overcrowding is present. UCSD has provided Arriba ridership data to MTS that can be incorporated into its planning service, Kavanagh told the UCSD Guardian.

Transportation Services also believes that replacing the Arriba shuttle will give the campus the option to redirect their resources.

“This move will free up more buses for Triton Transit to focus on our core mission of intracampus and intercampus transportation,” Kavanagh explained. “When the Mesa Housing expansion comes online next year, we will need every bit of that capacity.”

“I personally think that the negotiation between UC San Diego and MTS will provide more accessibility for students,” Associated Students President, Kiara Gomez said. “More students will be able to make it to campus with the increased capacity.”

As the SuperLoop stopped running after 10 p.m., students were forced  to find another way home if they stayed on campus late, Gomez explained. With this coming change extending hours to midnight, students will have the opportunity to stay on campus longer without needing to arrange for a ride home.

Students using the shuttle seem to have a differing opinion.

“I think the SuperLoop is already crowded, and transportation is already inflexible for some students, so dissolving the Arriba Shuttle into MTS only exacerbates the problem,” said shuttle rider and Sixth College junior David Huang.

“The Arriba Shuttle is definitely the faster option for me because it skips a lot of the SuperLoop stops. Without the Arriba Shuttle, my journey to campus will be more crowded and take longer because of the extra stops,” John Muir College junior Aishwarya Kudrimoti explained.