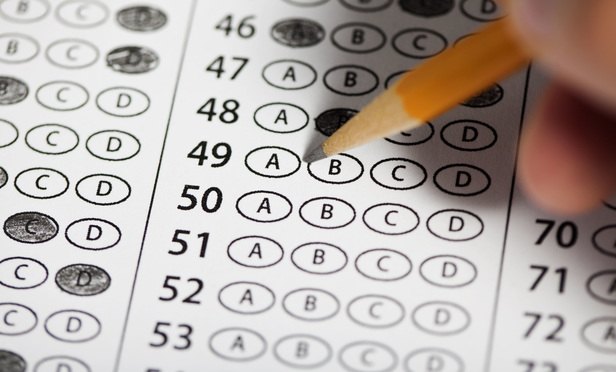 The Law School Admission Test was born in 1948 out of a need for a comprehensive evaluation of the skills necessary to succeed in law school. The past 70 years have seen incredible transformations in the way American society structures education but a shockingly static admissions examination. One of the biggest shifts in higher education in recent years is the increase in people for whom English is a second language. Our universities are full of students from different countries and students that are first or second generation, many of whom will go on to pursue a law degree at schools throughout the U.S. Given that the LSAT is fundamentally a test that measures the logic and reasoning skills of takers, that we are an increasingly linguistically diverse country, and that logic and reasoning transcend language, it follows that this extremely important test should be offered in most major languages in the U.S.

The organization in-charge of administering the LSAT, the Law School Admission Council, already administers one version of the LSAT in another language. It offers the test in Spanish but with several pretty major caveats. The Spanish version is only offered in Puerto Rico, and the scores are only accepted at three Puerto Rican law schools. The Spanish version is scored differently, but the LSAC has indicated that the questions are very similar and the scores are comparable. One might assume that the reason this version is specifically targeted for Puerto Rico is because part of the law curriculum at these universities is in Spanish, however they allow scores for the English LSAT at these universities as well. This indicates that they do not use the LSAT as the only measure of Spanish proficiency, a fact that is further proven because students are required to take a second exam to demonstrate graduate degree readiness.

One of the concerns this raises is that in a multilingual LSAT, a high score would not reflect a high English reading comprehension level. Although this is true, the LSAT is fundamentally a logic and reasoning exam, and those are the skills that should be the center focus. Furthermore, if the quality of undergraduate preparation in English reading comprehension happens to fall into question, schools can require that the essay of the LSAT be written in English. This provides a way to keep record of the language skills of the applicant without involving the logic aspect of the examination. The LSAT essay does not factor into scoring, but they still get sent out to whichever school is receiving the results.

The law school application process includes other ways besides the LSAT to measure the English proficiency of prospective students. To use this exam for measuring language skills then becomes an issue of practicality since this distracts from what should be the purpose of the LSAT – to evaluate reasoning skills. Potentially alienating applicants for the convenience of admissions officers does a disservice to society as a whole, decreasing the amount of diverse and bilingual lawyers.

Some might argue that this is creating complications without solving any significant problems. That being said, this is an issue not of solving a pressing problem but rather of creating accessibility and acknowledging the diversity of thee populations in our societies. As much as thinkpieces and educational professionals call for the end to the standardized exam, the reality is that these are probably going to be around for a while, and they should provide as many options to their customers as possible. As our multilingual population continues to grow, it becomes increasingly important that the people in charge of navigating the legal system reflect these trends.

Fundamentally, students will still need to be bilingual in order to succeed and make it into law school, the applicant and admitted pools will not be flooded with students who are less prepared than native English speakers. Rather this test serves to widen the pool of applicants who might otherwise be excluded from law school.