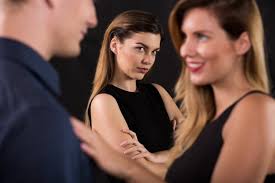 Everyone’s concept of beauty is slightly different but can be influenced by different societal norms. These beauty ideals unconsciously manifest themselves into our psyches and serve as another tool people use to treat others differently based on whether they check all the boxes of an ideal phenotype. Despite the variability of beauty standards, societal regulation of beauty can lead to discrimination and can affect the personal success of many people.

After commencement, UC San Diego students who do not attend graduate school are expected to enter the workforce where their grades, internships, and involvement at UCSD will be used as criteria to determine their competitiveness. However, there is yet another criteria not explicitly stated that employers will use to determine their candidacy: beauty. The so-called “beauty bias” is real; a survey by Newsweek asked hiring managers their thoughts on how beauty is associated with the hiring process. Hiring managers, more often than not, rated appearance above education when asked to list the important attributes they look for in an employee. People normally associate this bias with the hiring of women as “office toys” in the 1960s, but this activity still continues today despite the ostensible efforts toward equality in the American workforce. In addition, higher wages are given to those more attractive with the Wall Street Journal reporting that attractive people are likely to earn “$230,000 more over a lifetime.” Beauty is not an official point of comparison between employee candidates, but like every other bias can give an unfair advantage to those more conventionally attractive.

This beauty bias is intertwined with Western beauty standards still prevalent in the United States, further relegating those with more racially diverse features. Even though the ethnic landscape of the United States is constantly evolving, conventional beauty standards have continued to exist as a niche category that is not very open to diverse standards. People of color, especially African Americans, face “workplace discrimination based on skin tone and hairstyles,” which can be an important factor that explains their underrepresentation in higher-level positions and the disparity of wages between races. This beauty bias, therefore, contributes to racial discrimination in the workplace.

How beauty plays into one’s success in the workplace is just one facet of how we are treated differently based on our appearance. Beautiful people are also considered more trustworthy and sympathetic than others — a phenomenon called the “what is beautiful is good” hypothesis. As more and more cases of sexual assault surfaced in the media, for example, the men who received a harsher backlash were those that were less attractive. The public outrage that James Franco, Ryan Seacrest, and Chris Brown faced was nowhere near to the backlash against Matt Lauer, Louis C.K. or Harvey Weinstein. Even though each man committed similar acts of sexual assault, Franco and Seacrest continue to have successful careers whereas Weinstein, Lauer, and C.K. might never return to the public eye. Even satirical outlets ranging from Saturday Night Live to comic strips use faults in appearance as a way to amplify the public distaste for bad actions. In SNL skits, for example, Weinstein’s actions are especially disgusting coming from a “human skin tag” while not commenting on the appearance of more attractive offenders. People are therefore not only treated differently when it comes to the workplace but also in the amount of opposition they have regarding inappropriate actions.

The beauty bias can affect your own life, but it can also cause you yourself to display your own bias toward others. Once we acknowledge that we have this unconscious bias, we can adapt the way we think to overlook the physical and focus on the personal.