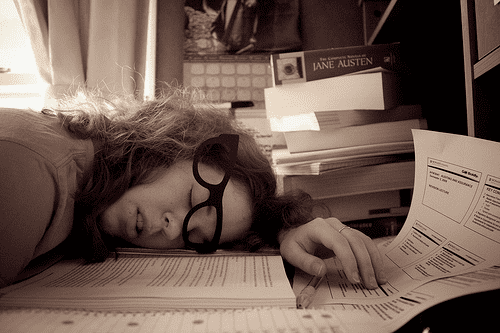 Both elected and appointed student leaders comprise the A.S. Council which tackles issues of housing, policing, basic needs, and transportation, to name a few. With less than a week before A.S. Council campaigning is set to begin for the 2018-19 elections, the current administration has been filling seats on its own council. The illness in the current A.S. body comes from a string of resignations over the course of this quarter. A.S. Council has lost and replaced eight members, over 20 percent of its 34 voting members. This combined with an unhealthy amount of absences has in past meetings inhibited the council from reaching a quorum — the minimum number of voting members needed to conduct a vote. Not only do these resignations stifle the progress promised by those who choose to run for elected office, but they speak to a common issue of the campus culture — burnout.

Unfortunately, no grand scandal can explain the loss of so many student leaders; a scandal would make the whole situation much simpler. Members of A.S. Council are dropping like flies because they are getting burned out so quickly. Burnout delays progress within and without A.S. Council and present such a common problem for UC San Diego students that the university plans to change the drop deadline for classes to address it. But resigning from A.S. Council differs drastically from opting for a “W” in a class to enroll again with a better professor next quarter. Dropping A.S. Council is more like dropping a class in which the professor actively works against your interests, and the grades of 28,000 other undergraduates depend upon your own. The pressure is great – understandably too great for some.

The election process incentivizes students to take on these roles by offering a stipend that varies from $20 to $400 a week depending on the position and an opportunity to represent students on the campus issues that directly affect them. Evidently, neither suffices.

The money means only so much when a part-time job would realistically pay more than most positions but require less of a time commitment, or when neither A.S. Council stipends nor a part-time wage covers the costs of living in San Diego or of higher education. As it turns out, appealing to a student’s eagerness to sacrifice time and energy for the sake of the campus’ political process is not sustainable either. Self-sacrifice might be enough when the person is a revolutionary rallying against the abuses of a totalitarian government or the lamb of God dying to cleanse mankind of sin. Self-sacrifice will never be enough when it’s a student functioning within the university’s bureaucratic mess to pass a resolution that will end up at the bottom of an administrator’s to-do list, all the while trying to balance their own education, their own schedules, their own finances, their own personal lives. Burnout culture is alive and well, and $20 a week won’t cut it anymore.

As counterintuitive as it seems, A.S. Council needs fewer people but more work. The yearly turnover of the whole of A.S. Council means that the initial capabilities of a new staff are dependent upon the training they receive. Representatives burn out because they are unprepared to tackle the massive time commitments these positions demand. If the election process mandated that candidates attend the same meetings, participate in the same programs, deal with the same tedious processes that force out the current members, only those prepared to take on the burden will rise to the occasion. If this type of informed consent fails to filter out those who can not take the pressure, a better stipend could pick up some slack. A.S. Council can afford to increase pay to a more compact team of hyper-motivated student leaders by cutting down on their bloated staff and shifting their stipends onto those positions that require the most work. It is impossible to ensure a stress-free environment; the nature of the job prohibits it. But A.S. Senate can ensure that candidates are well-equipped to handle the stress within and without the office.

The onus of addressing burnout and disinterest does not fall entirely on the shoulders of A.S. Council, however. Civic engagement is a concerted effort between leaders and constituents, but the campus has largely divested interest. When the work representatives do is so disconnected from the rest of the student body, it is impossible for them to internalize their efforts and maintain the same initiative that drove them to run for office in the first place. After all, it’s not that these students never had any desire to enact change, it’s just that a bloated, belaboring, and flat-out boring bureaucracy squashed any inspiration they had at the start of fall quarter. A.S. Council deserves a chunk of the blame for this disconnect due to its systemic lack of transparency over the years, but how many students can name any of the members of the student government representing them?

A.S. Council is decidedly clunky, structurally unsound, and personally shaken. But it is ultimately made up of well-intentioned students, some of whom were just unequipped to handle the stress. Realistically, any and all candidates should know the totality of what that their prospective job entails well before campaigning. But an expectation of prior knowledge lies out of reach in a bureaucratic mess that provides little to no way to become familiar with the system without being elected or appointed to it. As easy as the situation is to criticize, it also makes sense; a campus community which neglects the humanity of its student government will always find a few empty chairs.

One thought on “Burning Out on A.S. Resignations”