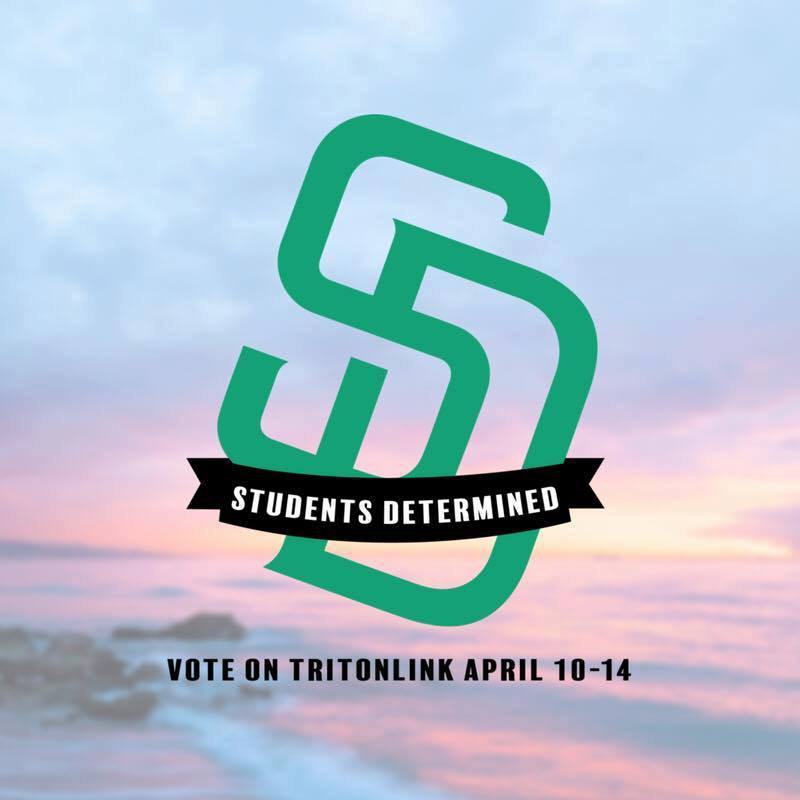 The Students Determined slate released a statement this afternoon explaining two inconsistencies between the filing of their candidates on the official A.S. elections page and the list of slate members as it is presented on Facebook, campaign posters and other materials published by the slate. According to the A.S. elections page, Lesly Figueroa and Refilwe Gqajela are running as independents for the positions of A.S. president and vice president of external affairs, respectively, but Students Determined has also claimed them as candidates on their slate.

The statement explains that Students Determined did file for candidacy with Figueroa and Gqajela listed as slate members, but due to a technical error they were registered as independents. Upon noticing the mistake, they reached out to A.S. Elections Manager Janani Natarajan, who informed them that because the IT company behind the filing system found no indication of any glitches, Figueroa and Gqajela would continue to be identified as independents on official A.S. materials but can proceed as Students Determined-endorsed candidates.

We would like to take the time to clarify some confusion regarding the slate affiliation of both Lesly Figueroa and Refilwe Gqajela, our candidates for A.S. President and A.S. Vice President of External Affairs, respectively. Currently, the A.S. Election website marks them as two independent candidates for this year’s elections, which we are currently working on fixing. We will use this statement to address how this happened, where we currently stand and what are the next steps moving forward.

On the day of candidate’s meeting, the night after our Executive team had filed for candidacy, we were informed by a student that both Lesly and Refilwe were displayed as independent candidates on the elections website. Knowing that this was a technical error, we immediately contacted the Elections manager to rectify the issue. Aside from the fact that this new voting system from last year had been subject to errors in the past, Students Determined was filed by Lesly, who is still listed as the primary representative of the slate. Furthermore, both Lesly and Refilwe are still listed as members of the slate. Despite this knowledge, the Elections Manager was hesitant to recognize the error at hand. We were told to wait until the weekend to see if IT could audit the system and find an error. After following up with them, the Elections Manager contacted us to inform us that IT had not found any errors and thus would not be making the change of slate affiliation. Additionally, the Elections Manager cited 3.4 “‘Slate Formation and Affiliation’ under the election code as the reason as to why they would not change slate affiliation for our candidates – referencing 3.4.a. and 3.4.b, Slate Registration and Entry, respectively. 3.4.a. is irrelevant because Students Determined was filed on time and all its members were included on time, and whereas we understand why 3.4.b. is relevant to the discussion, the Elections Manager and committee fail to recognize that this had everything to do with the system having a technical error, not our candidates failing to properly file for candidacy on time. Even though the Elections Manager has decided to not change the slate affiliation of Lesly and Refilwe as independents, both of them were allowed to wave their independent candidate requirements in order to run as the Students Determined-endorsed candidates for President and VP External, meaning that they are allowed to move forward as the SD candidates, but will still be marked as independent candidates. Moving forward, Students Determined will be filing a grievance on the basis of election code 1.1.c., which states that the Elections Manager has the authority to make a decision on a situation that arises not provided for in the election code, as long as it follows the spirit of the election code, which is to “support a democratic, fair, and open electoral process.” Technical errors are not accounted for in the election code, and, therefore, is up to the interpretation of the Elections Manager. The Election Manager’s decision to dismiss a technical error and to penalize our candidates for a system glitch is not in the spirit of a “democratic,” “fair” and/or “open electoral process,” and we hope that the elections committee can reconsider what we believe to be a flawed and misinformed decision.

We are excited to move forward with the elections process, regardless of what outcome we end up with, and cannot wait to discuss with students how we plan to continue working in the best interest of the UC San Diego community. If you have any questions, feel free to reach out at [email protected]

Natarajan told the UCSD Guardian that her decision for Figueroa and Gqajela to remain listed as independents was based on certain provisions within the elections code, which she is required to follow.

“After careful discussion and deliberation with Elections Committee this past Monday evening, I decided that I was unable to change Lesly and Refilwe’s affiliation from Independent to Students Determined, in accordance with the A.S. Election Code,” Natarajan said. “The primary reasoning for my decision was that our audit of the candidacy filing system showed absolutely no record of either candidate ever selecting Students Determined as their slate affiliation. Article 3.4(a)(1) in the A.S. Election Code explicitly states that slates may continue to form from new only until the filing period for candidates ends on Thursday of the ninth week of Winter Quarter. Article 3.4(b)(1) goes on to state that for a candidate to join a slate, they must be included on the slate authorization form and must specifically designate a slate affiliation when they file online.  While Lesly and Refilwe’s names were included on the slate authorization form, because they did not also specifically designate a slate affiliation, I found it beyond my jurisdiction to make such a change.”

The slates’ full listings can be found online.