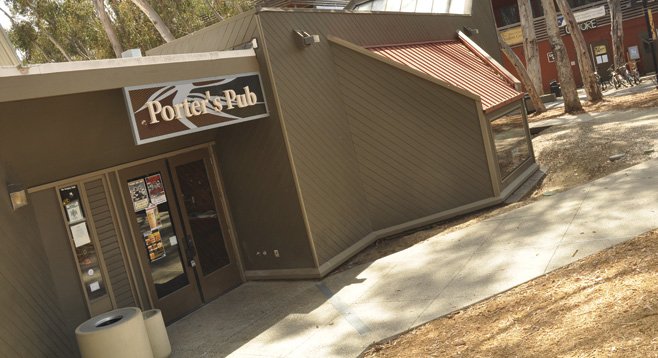 The University Centers and University Centers Advisory Board began the Campus Restaurant Pub Revitalization Project last week in the Original Student Center. Construction has started, but negotiations are still ongoing with the undisclosed vendor that will lease the space. The project is expected to be completed by Fall Quarter 2017.

UCAB Chair Luke Wang stated that a compromise with the tenant has yet to be reached, but he is hoping the process will be finalized in the next “three to four weeks.”

“We have been in negotiation with the vendor for about eight months and we are getting to the end of the negotiation,” Wang told the UCSD Guardian. “If we can’t reach an agreement with the vendor soon, then we will be looking at our next vendor of choice.”

Porter’s Pub was the previous vendor up until May 2015 when its lease expired and was not renewed after poor feedback from the UC San Diego student body. Student organizations who held events at Porter’s Pub reported unsatisfactory scheduling, being charged without notice for using the space and being misled into scenarios that did not comply with Center for Student Involvement forms.

UCAB then sought new tenants through a Request for Proposals process, through which bids made by potential tenants on the right to lease the space are reviewed and scored. Only after the RFP has concluded will lease negotiations begin, which is the current status of the project.

Wang explained that management of the space previously occupied by Porter’s Pub falls under the jurisdiction of the University Centers and UCAB.

Wang added that the renovation process is centered on what people want from the restaurant and pub.

“UCAB was involved in deciding what components and functions students favor the most and balancing that with what we can accomplish with our budget,” Wang said. “Last year, UCAB decided on the design of the space and the functionalities that the space should have.”

In designing the pub space, UCAB is attempting to adhere to a list of goals and priorities published online. The criteria includes more seating and reasonably priced food and beverages that UCAB hopes will attract more students, staff and faculty to the space.

Wang elaborated that the restaurant and pub also serves as a venue for events, which was a specification UCAB wanted to improve upon with the revitalization project.

“The stage room will offer more programming space to student organizations than when Porter’s Pub was the operator of that space,” Wang said. “The entire space has also been redesigned to bring more visibility when people are walking by.”

Associated Students Concerts & Events is one student organization that has regularly used Porter’s Pub as a site to host concerts with guests such as Vanilla Ice, Jason Mraz and BJ The Chicago Kid.

ASCE Senior Associated Vice President of Concerts & Events Michelle Luong looks forward to hosting more of these events with the future vendor of the restaurant and pub.

“ASCE used to produce a lot of pub events each year and, moving forward, we are excited to see policies enacted that ensure securing dates at the venue is easier so that we may use the pub as another accessible programming space for students,” Luong told the Guardian. “We are excited to create a strong partnership with the new vendor at the pub and hope the pub can return to its former glory on campus.”

One thought on “Renovations Begin on Campus Pub, Vendor Not Finalized”