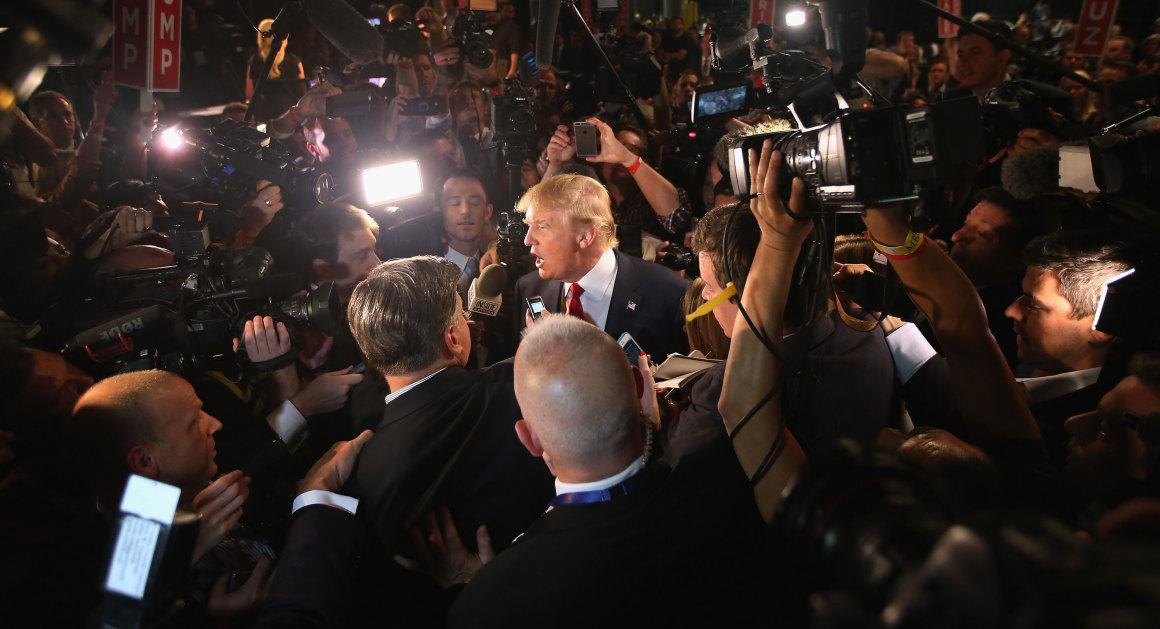 In late 2015, before Donald Trump was taken seriously as either a legitimate presidential candidate or a potential threat, the Huffington Post announced a unique policy in its coverage of the increasingly visible president-elect in its publication: he would be categorized as Entertainment.

Now, more than a year later, he prepares to take the most powerful office in this country, and the sentiment opposite to the Huffington Post’s decision has helped him get there.

Due to sensationalist free press and the coverage of his comically absurd moments, Trump received over $5 billion of coverage, more than twice as much free media than Clinton according to Mediaquant, a site tracking the per-dollar value of media coverage in presidential campaigning.

These news stories distract people from more detrimental decisions being made, such as the House’s decision to veto rules enacted by any federal agency or its ban on tracking budget expenses relating to the Affordable Care Act’s repeal.

Through scandal after scandal on the topic of his money and his rhetoric, the most helpful feature of his narrative became his vilification, and it was ultimately enhanced by those looking to take him down.

As Trump continues to use his lines of contact with the American people to swing at public figures, name-call actresses, solicit apologies from people expressing fear of persecution and aggressively defend himself against criticism, it’s up to newswriters to decide whether to legitimize immaturity and willful fear-incitement, to strike a balance between informing the people of public affairs and becoming a pawn.

There is absolutely a need to keep people informed on presidential items.

The shit-talking of a full-bodied child is just not one of those.

When Meryl Streep called the president-elect a bully, Trump’s immediate response to call her overrated was covered again and again by major news outlets. The extensive coverage of the Tweet, derided by some as unnecessary or not worthy of professional journalists’ time, is exactly what we need today. The president-elect has chosen Twitter as his primary means of communicating with the world, so anything less than full coverage of his online outbursts is disservice to both the executive office and to the public.

Trump’s tweets have not changed over the years; they either belittle opponents or boast of his accomplishments. What has changed since November 8 is that these 140 character diatribes now carry the full force of the presidency. The spats that barely served as back-page tabloid fodder now have the right to occupy the front page of respected news organizations because they come from the highest office in our country.

Even if Trump may not take his own words seriously, it is the responsibility of journalists to treat every statement with the gravity that the office of president deserves. To let anything slide or stand unquestioned would be to relinquish reporters of the duty they have as journalists to make the affairs of government officials transparent and publicized, and to protect the integrity of the office even and especially when its occupant does not.

Ethical or Not, Publications Will Ultimately Serve Readers As Businesses

While many have argued that President-elect Donald Trump’s tweets promote falsehoods and can cause national upset by inciting fear and targeting minorities, it is quite literally the job of news providers to continuously take seriously his short and to-the-point social media claims. As businesses that rely on revenue-generating content, publications simply must report on the information with which the president-elect provides us, in order to offer the content that readers want. Although it remains important for these news providers to carefully sift through the information and to place Trump’s words within proper context, they cannot simply ignore the tweets as a form of resisting the president-elect’s policies and thoughts for the nation, especially when these types of stories earn them their salaries.

While sources should certainly attempt to balance their objective reports with their own opinions and outside facts, it is also the audience’s duty to find and support accountable, trustworthy journalism other than major for-profit outlets, such as ProPublica and Voice of San Diego. For readers who care about journalistic reliability, their support has been lending itself to newspapers such as The New York Times in an attempt to find real information rather than the fake news that surged during Trump’s run. The New York Times itself experienced an increase of 41,000 paid subscribers — the largest increase for this paper since 2011. Yet the average reader often seeks and finds exactly what they are looking for — whether it’s news favoring or resisting Trump’s ideas — in order to back their already-held beliefs. Whether news outlets should act as businesses or not, they do, and it is the duty of readers, rather than reporters — who have to report Trump’s tweets just to uphold their jobs — to take note of the severity of this sociopolitical climate in order for it to be documented.

One thought on “Quick Takes: Journalistic Role in Coverage of Trump”