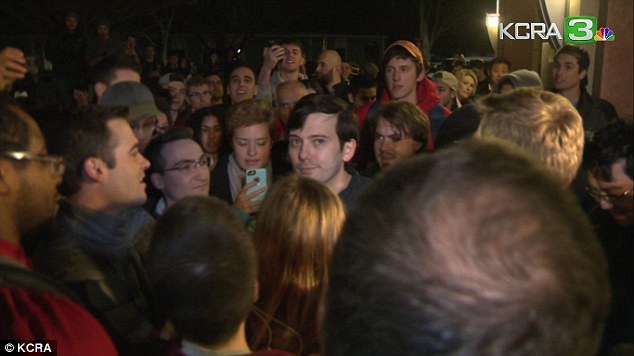 UC Davis College Republicans’ event featuring Milo Yiannopoulos, a conservative speaker and Breitbart editor who spoke at UCSD last June, was cancelled by organizers 30 minutes prior to the scheduled time on Friday evening due to student protesters who blocked access points to the venue, according to a press release by UC Davis.

Yiannopoulos claimed in a Facebook post that the event was cancelled because of “violence from left-wing protesters,” citing hammers and smashed windows present at the protests, but a UC Davis police spokesperson said that there were no hammers or broken windows. According to NBC Sacramento, one person was reportedly “arrested inside of a building during a security sweep for resisting arrest.”

The protest came after a January letter signed by more than 900 grad students in which students demanded the administration cancel College Republicans’ hosting of Yiannopoulos, deeming it “particularly harmful given the current sociopolitical climate in the United States.”

The political director of Davis College Republicans, Deborah Porter, stated in an email to the the Aggie that while the organization does not necessarily endorse Yiannopoulos, they believe his presence on campus is valuable.

“We do believe that college is a period in life where students must be aware of others’ beliefs and able to support their own values,” said Porter.

Yiannopoulos has gained a considerable fanbase for his support of Donald Trump and is a fixture of the alt-right movement, comparing Black Lives Matter to the KKK while criticizing feminism and Islam, among other movements and religions. Earlier last year, he was banned from Twitter after encouraging and contributing to a slew of racist tweets targeting Leslie Jones, comedian and star of the recent “Ghostbusters” revival.

The hashtag #UCDoYourJob started last week as students expressed their concerns for what the speaker’s presence on campus would signal. Twitter user @aqueeerius commented on the announcement of the event and before the administration had responded, tagging the interim chancellor of UC Davis, Ralph Hexter:

“@ralphhexter freedom of speech doesn’t mean freedom of platform. Transphobia & white supremacy should not be allowed on campus #UCDoYourJob.”

In an email sent this morning to faculty and staff, Interim Chancellor Hexter — who replaced former chancellor Linda Katehi, first as acting chancellor and currently as interim chancellor — affirmed the welcoming of these guests while denouncing speech “intended to promote hate or to denigrate or to offend others.”

“Any public university must do everything it can to make sure that all members of its community are free to express their views — both because free expression is a right guaranteed by the First Amendment of the Constitution and enshrined in University of California policy and because it is an essential ingredient in higher-education teaching and research,” said Hexter.

The event is part of a larger tour by Yiannopoulos, who has upcoming shows scheduled for California Polytechnic State University, UC Berkeley and UCLA, among several other campuses across the country.

Last June, as an earlier installment of his current tour across American college campuses, Yiannopoulos was sponsored and hosted at UCSD by the Koala and College Republicans at a sold-out event held at Price Center Theater.

As noted by the Union Tribune, his stop at UCSD in June was less protested than appearances at other schools like Rutgers University, where students smeared fake blood on their faces.

Martin Shkreli, a pharmaceutical executive who gained recognition after raising the price of Daraprim, an HIV medication, from $13.50 to $750 per unit, was set to speak at the event with Yiannopoulos, but only briefly took photos with fans before being pelted with dog feces and escorted away.

At 9 p.m., Hexter expressed his disappointment in the events leading up to the cancellation on Twitter.

“Deeply disappointed in events tonight. A U is at its best when it listens to & critically engages opposing views,” Hexter tweeted.