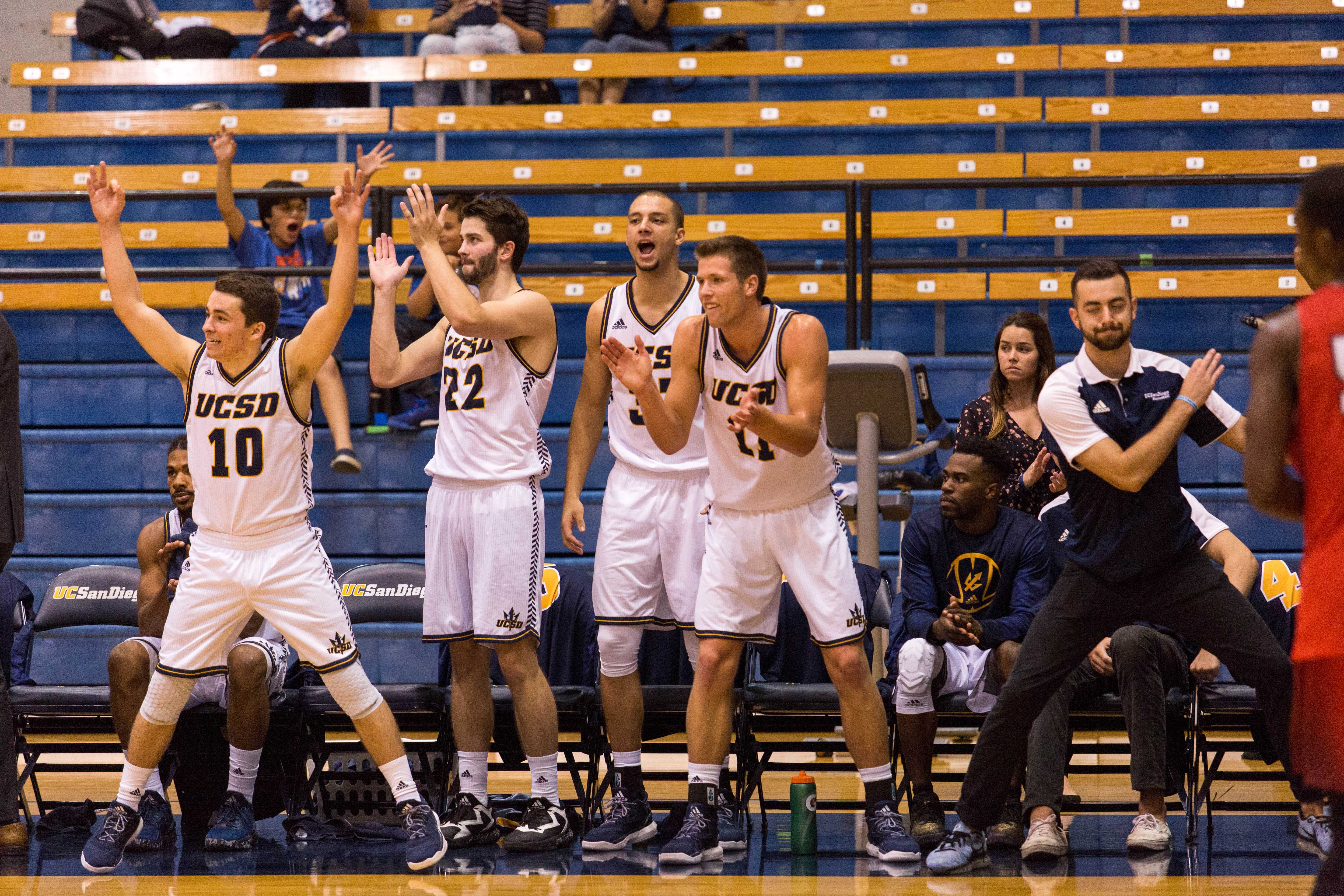 After two victories, the UCSD men’s basketball team added yet another game to the win column on Tuesday night against city rivals, Point Loma Nazarene University, with a final score of 82–68. The Tritons struggled to contain the offense of the Sea Lions in the first half, but played an inspired second half to pull away from their opponents. The win gives the Tritons their third consecutive victory (3–0) of the early season.

In the first half, the Sea Lions came out firing, and the Tritons fell behind 23–33 with less than half of the period to go. The Sea Lions shot the ball 54 percent from the field in the half and an impressive 64 percent from the three-point line on 7 for 11 shooting. The Tritons found it difficult to limit the opposing offense, especially with the overall great first-half shooting performance from the Sea Lions. After a hard-fought end to the half, however, the Tritons narrowed the deficit down to a manageable three points behind an 11–4 run.

With score at 34–37 at the half, head coach Eric Olen fired up the troops in the locker room, which worked to perfection as the Tritons gave a totally different second half performance compared to the first. The Tritons shot an unreal 72 percent (18–25) from the field, totaling to 48 points. On the other hand, the Sea Lions went from over 50 percent shooting to just 38 percent from the field in the second half, including only 4 of 14 from the three-point line.

While the Tritons came up big and rejuvenated in the second half, the Sea Lions came out flat and paid the price for their lack of assertiveness.

During Olen’s post-game interview, he praised his team’s resilience throughout the game and labeled their second half performance as “some of our best basketball so far … We tried to become the more aggressive team and tried to make some more plays.”

Applying a healthy dose of pressure on the Sea Lions and really making them work for their shots enabled the Tritons to get back into the game in the second half. Additionally, better shot selection and execution on the offensive end allowed the Tritons to pull away and close the game out comfortably.

With three home victories to begin the young season, the Tritons will now take their winning streak on the road to compete at Western Oregon’s DoubleTree D2 Shootout.

Speaking of the road trip, Olen said, “The important thing is to have the same amount of focus and mental toughness … even more important when you are not at home.”

Hopefully the players will receive their coach’s message loud and clear as they are set to face Concordia on Nov. 18 at 5 p.m. and Western Oregon the following day on Nov. 19 at 7 p.m.