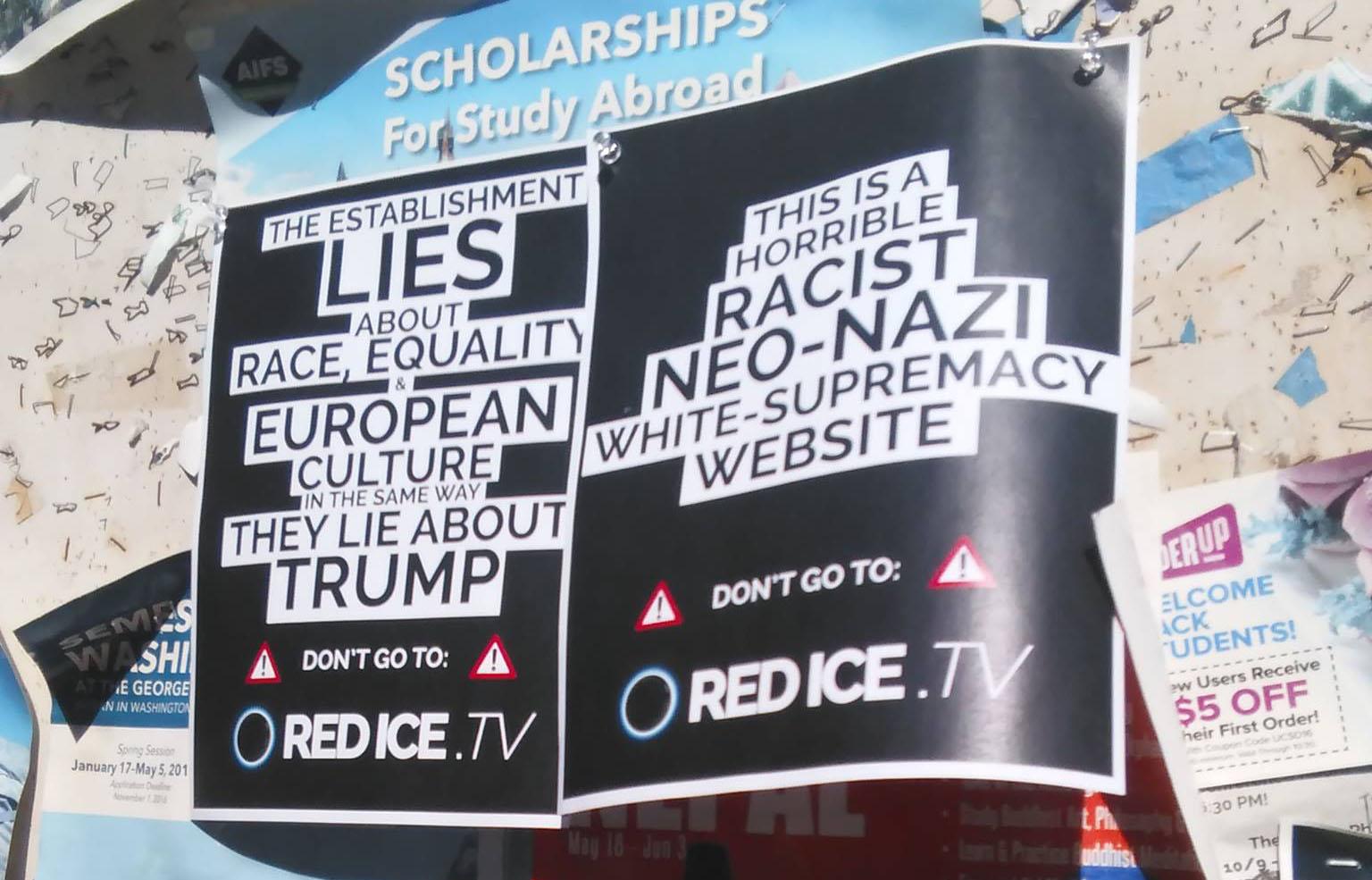 Several displays connected with Nazism were found on campus in the days following Donald Trump’s election as president, according to pictures posted on Facebook by UCSD students.

One image showed a swastika spray painted in between the words “Heil Trump” at the Hillcrest bus stop, and another showed a group of three men hanging posters for a self-proclaimed neo-Nazi website called “Red Ice.”

One of the flyers, which was hung outside the Thurgood Marshall College Administration Building on Nov. 12, reads, “the establishment lies about race, equality and European culture in the same way they lie about Trump.” The other overtly states that the website is a “horrible, racist, neo-Nazi, white-supremacist website.”

The swastika found at the Hillcrest bus stop was first noticed the day after the election, on Wednesday, Nov. 9. According to CBS8, university staff have since painted over the message, and campus police are in the process of investigating the incident.

Daniella McDonald, the M.D./Ph.D student who posted photos of the swastika in between the words “Heil Trump,” told CBS8 that that particular bus goes to an area of San Diego where many members of the LGBT community live. It is still uncertain whether the person who left the message is a supporter or opponent of Trump.

Since the two displays have gained attention on social media, both sites have been altered, with someone chalking a heart where the swastika was located and another unknown person leaving a note that says “Fuck Fascists” by two flyers. One also has “fuck you” written directly on it alongside a sticker for Antifaschistische Aktion, a militant group in Western Europe opposed to fascism, and the other is crumpled but still attached to the kiosk.

The pictures of the Red Ice flyers were posted on Facebook by a passerby.

One thought on “Two Displays of Nazism Found On Campus”