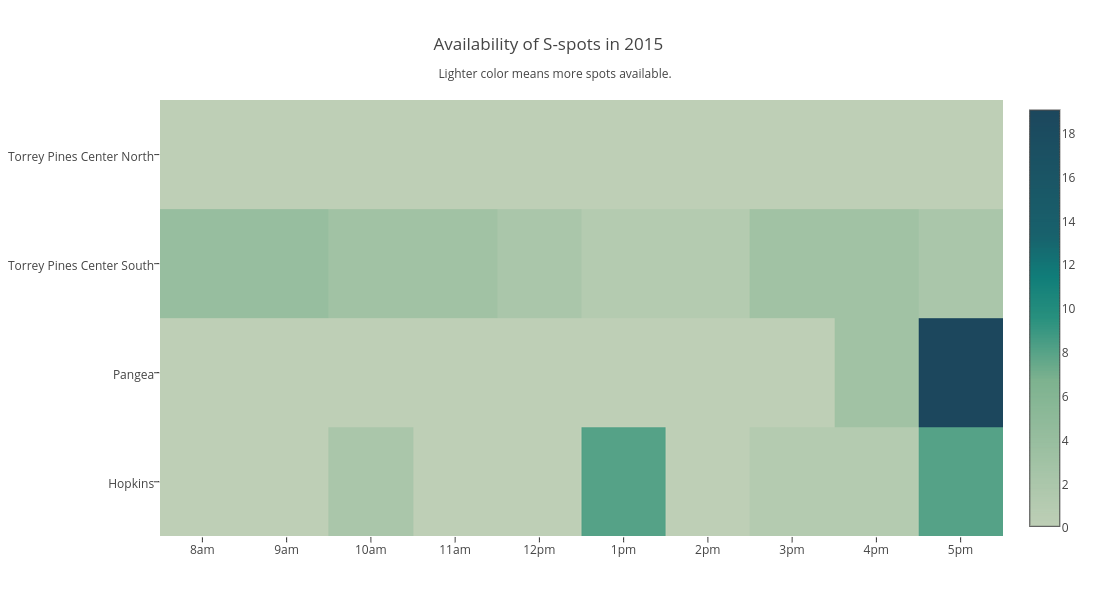 UCSD Transportation Services data from Spring Quarter 2016 shows that, on average, there were more A parking spaces available in the six colleges than B and S spots combined. On any given day, an average total of 3459 A spots, 2950 B spots and 52 S spots were unoccupied between 8 a.m. and 5 p.m.

During Fall Quarter 2015, just two quarters earlier, there were an average total of 2948 A spaces, 3499 B spaces and 106 S spaces available throughout the day across the six colleges. That means there was a 17 percent increase in A spot availability, a 16 percent decrease in B spot availability and a 51 percent drop in S spot availability. Whether this was due to a university-mandated parking space reallocation, a surge in the number of undergraduate drivers or some combination of both is unclear.

Though 70 S spots have been added along Expedition Way, near Scripps Institution of Oceanography, 32 others in P102 across from La Jolla Playhouse were converted into B spots. Furthermore, 900 S spaces will be removed this month as construction of the UCSD Blue Line Trolley commences, mostly in parking lots on East Campus.

The number of spots available varied significantly depending on the time of day. Moving back to Spring Quarter 2016, A and B permit holders had the best chance of finding a parking space during the earliest hours of the day. For instance, at 8 a.m., there were an average of 1109 A spots available and 1085 B spots available.

When looking at parking structures specifically, there were an average total of 42 unoccupied S spots throughout the day — 20 at Hopkins and 22 at Pangea. The most spaces, 19, could be found at 5 p.m. in Pangea, followed by eight at 1 p.m. and at 5 p.m. in Hopkins.

Other notable structures included Bachman and Torrey Pines Center South, each of which had an average total of over 1,000 B spots available throughout the day.