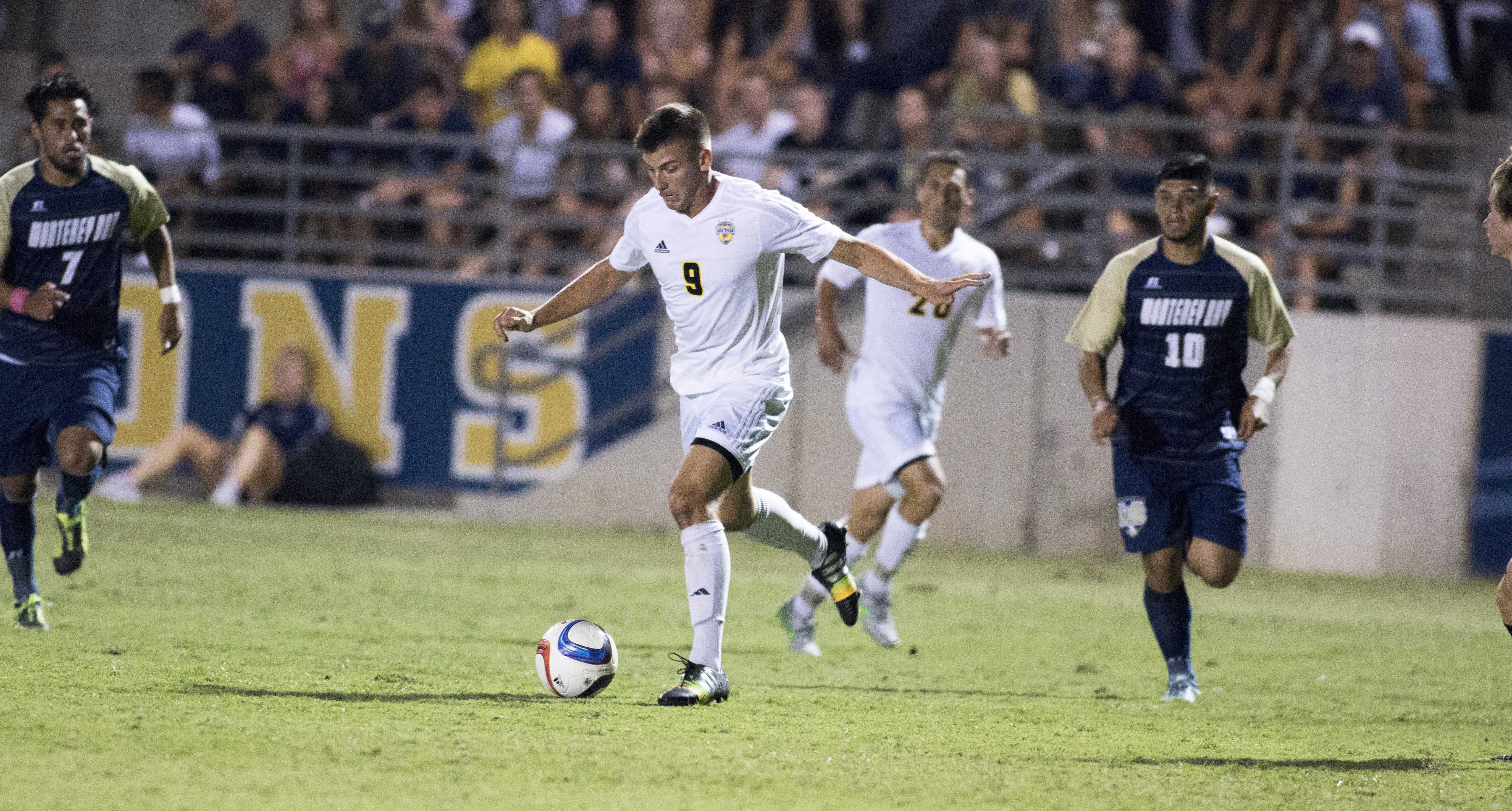 Traveling to Cal State San Marcos for the finale of a two-game road trip, the No. 21 UCSD men’s soccer team looked to maintain its undefeated status in a match against the Cal State San Marcos Cougars. Unfortunately, the Tritons fell short, dropping their first match of the season to San Marcos in a tight 1–0 match.

Scorewise, the first period was a quiet affair as the game remained scoreless for the first 45 minutes of play. The score was not due to a lack of offense but strong defense: Just minutes into the game, UCSD senior goalkeeper Cameron McElfresh earned his first save of the game. Despite McElfresh’s three total saves, it only took one breakdown to take down the Tritons. About 21 minutes into the second period, the Cougars took the upper hand with a close-ranged dagger off of a deflection and ended UCSD’s shutout streak of four games.

Unfortunately for the Tritons, the team was unable to act out any last-minute heroics, as it failed to convert on any of its next three shots on the goal, leading to a 1–0 disappointment for the Tritons.

In spite of the goose egg on the scoreboard, senior midfielders Riley Harbour and Nick Palano, each with two shots on the goal, kept the Cougar defense honest while the team as a whole played a relatively clean game with just five fouls compared to the Cougars’ whopping 18 total fouls.

“After an even first half I thought we really controlled the second half, so it was a little unfortunate to give up that kind of goal,” UCSD head coach Jon Pascale told the Athletics Department. “You can’t give away goals and expect to win games.”

With the loss, UCSD is now 5–1–1 overall and 0–1 in California Collegiate Athletic Association play, while Cal State San Marcos improved to 2–2 overall and 1–0 in CCAA play. Next, the Tritons return to La Jolla to face off with CCAA rival Chico State on Sept. 25.