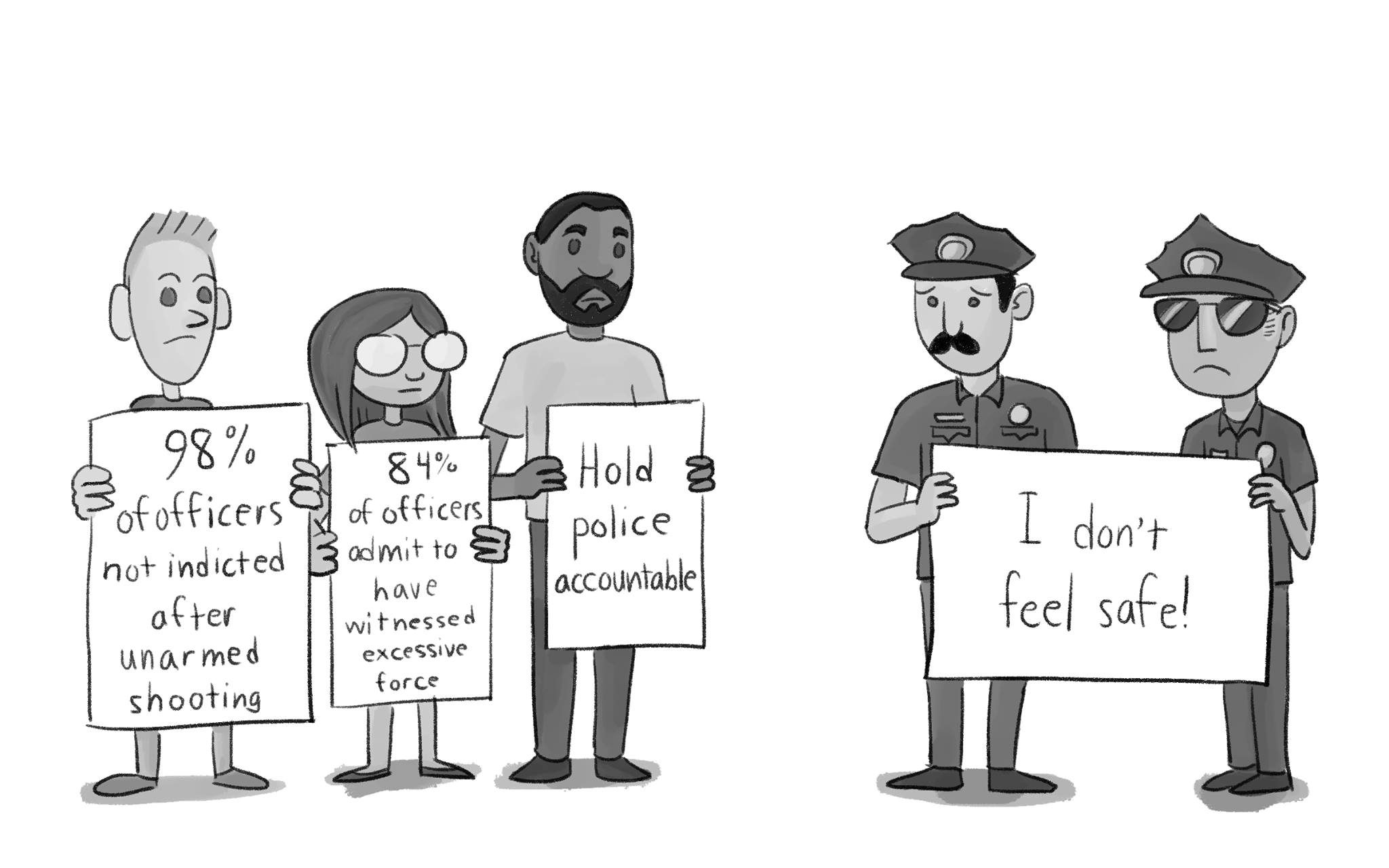 Alicia Garza, Opal Tometi and Patrisse Cullors — better known as the founders of #BlackLivesMatter — have undoubtedly catalyzed a discussion of flaws within the American justice system. Yet in criticizing the racial disparity in incarceration rates and the systematic lack of justice for unarmed black murder victims, proponents of BLM have faced many who perceive the movement’s desire for systematic reform to be a personal attack on officers. It may be unsurprising, then, that one of such people, Louisiana Governor John Bel Edwards, recently signed into effect a bill that will effectively consider police officers a protected class: a status normally reserved for those consistently targeted due to immutable qualities like gender, sexual orientation, disability, religion and creed. In doing so, Louisiana’s response to calls for greater accountability discourages further discussion, and as a result furthers disparities in justice based on race.

HB 953, according to CNN, was created in response to the on-duty shooting of Texas sheriff Darren Goforth last August, allegedly due to his occupation of being a law enforcement officer. But unlike the deaths of Eric Garner, Michael Brown, Tamir Rice and a list of other unarmed African-American victims, his death is not indicative of a dangerous trend in the way police lives are perceived. As reported by the Washington Post, police deaths have decreased from an average of a yearly 127 deaths in the 1970s to 57 total deaths between 2000 and 2009. Put plainly, law enforcement officers have not been shown to face consistent, ongoing and unchanged targeting. Occupations that have been shown to be at higher risk of danger, like taxi drivers — who are 30 more times likely to be killed while working — are still, rightly, not specified as a protected class. As stated by Bhairavi Desai, executive director of the New York Taxi Workers Alliance, an incident like Goforth’s is “an occupational safety matter, not a hate crime.” Having it any other way would draw a line so blurry that it would mar existing protections based on gender, sexual orientation, nationality, creed and religion: groups whose members are threatened explicitly due to these immutable qualities. As put by a criminologist at Northeastern University, such federal reclassification of police officers could “very well dilute the hate crime law so that it is weakened beyond repair.”

This is not to mention that, #BlueLivesMatter aside, 37 states already have legislation enacting stricter penalties for assaulting police officers. Take New York, where — according to the Death Penalty Law Center — conviction of the aggravated murder of a police officer yields a mandatory life sentence without parole. In some states, the same conviction is grounds for the death penalty. It is clear that there are systems in place to hold accountable those who assault and murder officers of law. It is not clear, however, that there are systems to hold accountable officers who shoot and kill unarmed victims. Take Sandra Bland, who died in police custody after being pulled over as part of a traffic stop yet arrested afterward. As put by Roxane Gay for her column in The New York Times, her crime was “driving while black.” This systematic injustice has been shown by the grand jury’s decision of non-indictment — one which, according to the Bureau of Justice Statistics, is an 11 out of 162,000 decision — in the deaths of Eric Garner and Michael Brown, both of whom were unarmed. It has been shown in the acquittal of George Zimmerman, who was acquitted in the murder of unarmed Travyon Martin. It is shown in statistics by the Washington Post reporting that while the black population of the United States is 13 percent, 26 percent of victims of fatal shootings are black.

Given the decline in murder rates of law enforcement officers and the rise of activism in regards to #BlackLivesMatter, the rhetoric of #BlueLivesMatter and support for police being a protected class illustrate that activists’ desire for accountability and reform are incorrectly perceived as personal and aggressive. It was, after all, police-union leaders and law-enforcement organizations who — according to Fader — attempted to boycott the Miami leg of Beyonce’s Formation world tour. In the artist’s most recent visual album, Lemonade, a sample of Malcom X and a scene in which three mothers mourn hold portraits of their sons, all of whom were unarmed when they were killed by officers, are two devices through which Beyonce criticizes the justice system. In neither threatening nor encouraging violence toward officers, the political statements within her work — and the reactionary boycott movements — clarify an attempt to resist even considering the accountability, or lack thereof, in law enforcement.

Even so, resistance to civil rights activism is nothing new. Reported by the Washington Post, the perception of the 1965 March on Washington varied drastically across race. According to a Harris survey, 94 percent of African-American respondents rated the movement as a positive move toward civil rights. Of white participants asked the year after, however, 36 percent believed it had resulted in positive change and 50 percent said it had instead hurt the cause. Though Louisiana’s Blue Lives Matter is said to be created on behalf of certain deaths, its counter-Black Lives Matter namesake and its usage by those resisting criticism of law enforcement clarify that the legislation is made not for the sake not of increasing protection but for diverting demands for accountability.

The problem with HB 953 is that “Blue Lives” have already been shown to matter, through the effective punishment — and stricter punishment — placed on those who attack law enforcement officers. What still needs to be clarified is a thorough and fair judiciary process for those killed by police; those with concerns for this process are instead met with counter-protests which successfully mute their cause. Even if police officers faced lasting danger, the extension of protected class distinctions to such a group not only clarify their priority over other occupations facing as much — if not greater — danger on the job, but also would establish that protections in the United States are based not on threat and of injustice but of defense and fear of being held accountable.