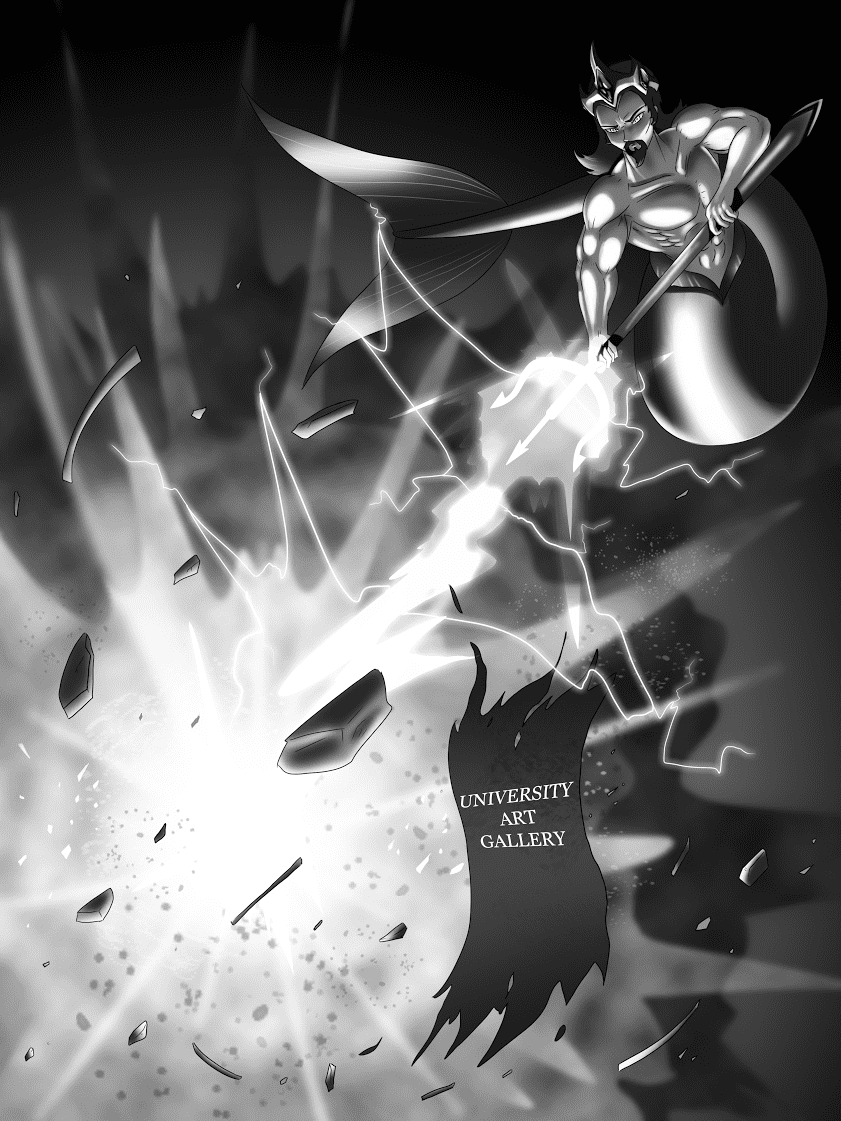 The official closure of the University Art Gallery marks the most recent move in the administrative removal of student art spaces from campus. At such a point, it will take much more than the protest and plight of a single department to effectually address the eradication of arts, humanities, and student organization.

The University Art Gallery is finally closed. We say that not with relief, but with fatigue. Fatigue built up from the university’s relentless and often successful attack on non-profitable student spaces — the Crafts Center, graffiti hall and the C.H.E. Cafe. The wariness felt by the student artists and visual arts faculty who fight relentlessly to ensure their discipline remains alive at UCSD is too large a burden for any single department to carry. But moreover, this burden should be shared and owned by the whole student body, which will be worse off when the university fully becomes a homogenous vacuum in which creativity withers and corporatism thrives. With so few student spaces left standing, we have reached what is absolutely a critical point and potentially a final opportunity in this effort. It is more urgent now than ever to demonstrate the need for valuing arts through definitive and collective action.

The storm of events leading up to this moment have been wildly complicated. The UAG’s well-being first came into question almost exactly one year ago when university officials announced that the gallery would be put on hold indefinitely, which meant the release of its paid faculty. Many thought they would never see the space open again. However, after months of discussions and negotiations, university officials at last approved a proposal to open the gallery back up, at least temporarily, for an undergraduate art show titled “Meeting at Square One,” generating an overall optimism in the gallery’s future availability. Chair of the visual arts department Jack Greenstein even told the UCSD Guardian that he was beginning to schedule what would be next year’s shows. That is, until his superiors began discouraging him from bringing any more proposals forth.

Less than a week the show’s conclusion, students walking by the gallery were surprised to see a red “X” spray-painted across its doors and a huge banner hanging from the roof that read “Permanent Closure.” Many assumed it was an official announcement from the university and that the fate of the gallery was sealed. It turned out, however, that the “X” and the banner were installed by a group called the Collective Magpie — comprised of a pair of UCSD Masters of Fine Arts graduates — as part of their exhibit. It wasn’t until May 20, just a few days later, that university officials announced not only that the UAG would be permanently closed, but also that it would be turned into a classroom. In their press release, they cited the ever-increasing student population as the reason for their decision.

Whether for the sake of creating classrooms or renovating for newer facilities, it can be expected that the closure of a student space will be delicately veiled with an alleged plan for betterment. What’s troubling is that it takes relentless pressure and protest from students and faculty to achieve transparency in administrative plans for the future of respective student spaces. For instance, the relocation of the International Center, which was announced fearfully and urgently by volunteers at the center through a Facebook campaign, was revealed by an administrative email sent out several days after the Facebook campaign started.

Though troubling, it is unsurprising that the permanent closure of the UAG coincides with a startling trend — the number of arts and humanities majors at UCSD has decreased 31 and 53 percent, respectively, since 2005. Reversing the trend is unlikely at best. As art spaces are being closed down, prospective students may feel that they do not have a space for expression, or even that they are passively unwelcome on our campus. Rather than fostering the arts and humanities to serve a distinct population of students at UCSD, the administration has opted for either STEM-oriented art, such as displays at Calit2 and Atkinson Hall, or maintaining the arts only if they yield large sums of money. Last May, Conrad Prebys made a donation of $500,000 to the Prebys Music Center, which was matched by the UC system’s Presidential Match for Endowed Chairs. Yet such funding is not available for spaces like the UAG and should not be a requirement for their existence. As the closures of Graffiti Hall and the Craft Center fall farther behind in UCSD history and see no purely art-based successors, our campus maintains its repulsion to spaces dedicated solely to art.

The closure of the UAG is not just another step toward the sterilization of student expression. It is the birth of a new campus order — one that not only neglects student interests that do not generate profit but actively seeks their eradication. For anyone opposed to a purely corporate future for UCSD, there is an immediate need to act with the departments being invalidated, with the groups being evicted and with the students whose academic interests are being treated as hobbies.