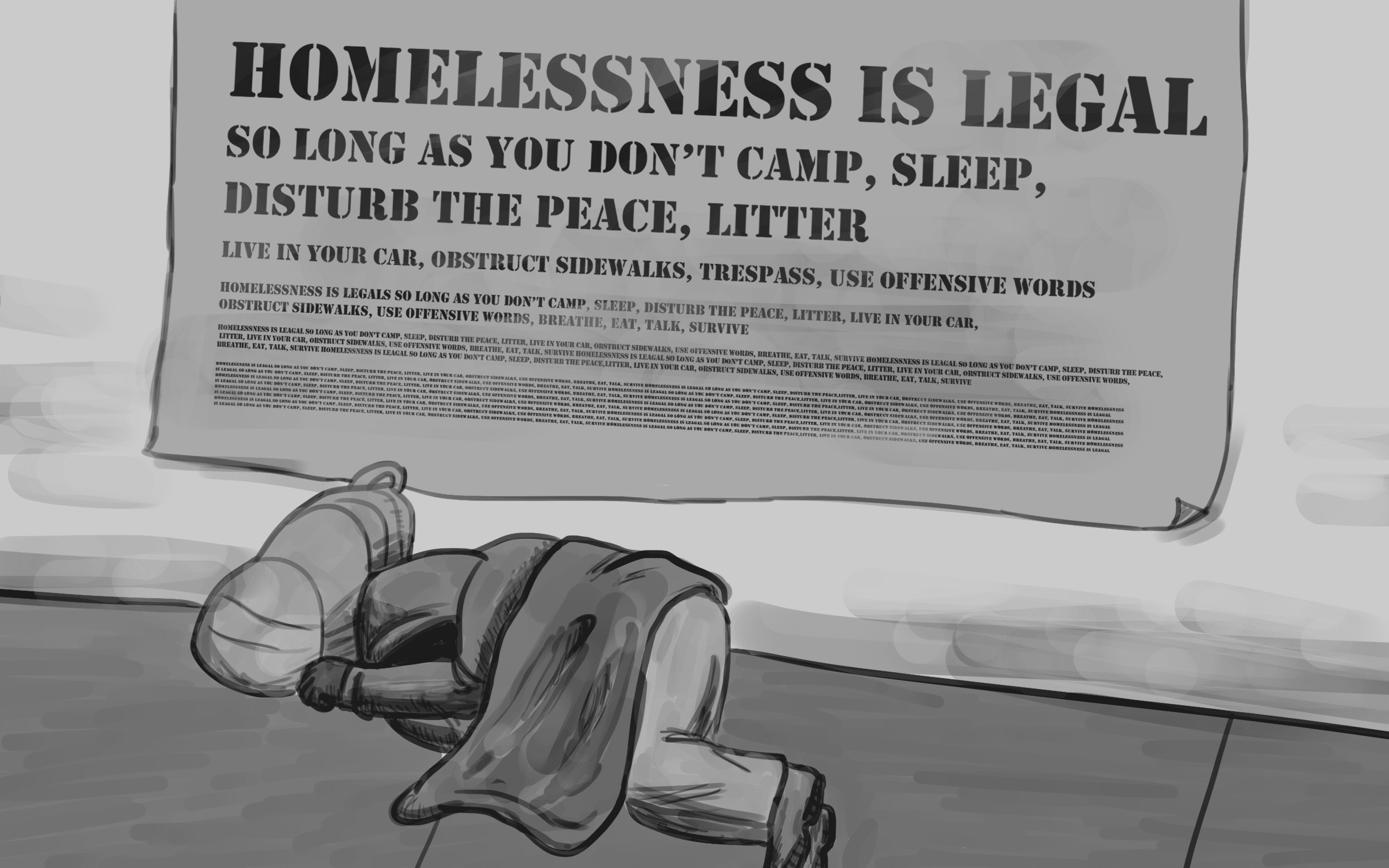 San Diego County currently hosts the fourth largest homeless population in the nation, trailing only Seattle, Los Angeles and New York City. Given this state of affairs, one would expect the city to focus on investing in housing and caring for its homeless residents. Unfortunately, this is not the case. Despite the progress that has been made in helping the homeless, San Diego has made a step in the wrong direction by investing $57,000 in “pest control,” meant to make city residents feel safer at the expense of the homeless’ well-being.

According to an April 28 report by the L.A. Times, the City of San Diego installed jagged rocks under a Sherman Heights freeway overpass in late April to keep the homeless from living there. Residents had complained that the encampments propagated an unsafe atmosphere in the area, welcoming the installations they had asked for.

“When we saw the rocks going up, we celebrated,” Sherman Heights resident Ildifonso Carrillo told the L.A. Times. “We’re not anti-homeless, we’re pro-resident.”

There are 8,692 homeless individuals living on the streets of San Diego, according to the 2016 Homeless Point-in-Time-Count, and over 22 percent of these individuals are considered chronically homeless or “live in a place not meant for human habitation, a safe haven, or in an emergency shelter” for more than 12 consecutive months, or for a total of 12 months, during at least four different times, over the course of three years. Additionally, 14.2 percent of all homeless individuals in San Diego are affected by some type of mental illness. It is evident that homelessness is an issue that will take years to address. It’s an issue the Obama administration targeted specifically through initiatives such as Opening Doors, which includes a goal of ending homelessness by 2017.

The $57,000 spent on the rocks could have been better spent combatting the causes of homelessness. While we cannot understate the importance and work of local government agencies, ordinances that focus on how an area appears demonstrate a disregard for the issue of homelessness by city officials.

A grassroots response to the issue came in the form of tiny houses, a form of housing that has been used as a remedy for homelessness in other cities such as Nashville, Tennessee, and Kansas City, Missouri. Following the controversy with the freeway overpass, the nonprofit homeless advocacy group Amikas sent a petition with 9,000 signatures to Mayor Faulconer asking the city to set aside currently vacant land for the development of tiny homes. A similar attempt to create tiny homes was made by activist Eric Summers in Los Angeles last year, but the city government began confiscating them due to safety concerns this past March. The tiny house movement is commendable in fighting a problem that is being inadequately addressed by our government officials. Still, we must realize that tiny houses are not a permanent or ideal solution to homelessness. These shelters, though a step up from absolute homelessness, are extremely cramped and often lack basic necessities such as bathrooms. Our elected officials must begin to do their job properly, using the vast resources and long-term planning ability at their disposal.

Ending homelessness is a process, and there are mechanisms that have been put in place to address it, such as the regional Continuum of Care Council, which manages funds allocated by the U.S. Department of Housing and Development through the Homeless Continuum of Care Program. Additionally, the county is expected to allocate funds to programs such as Project One for All that seek to allocate more resources to treat especially-vulnerable homeless populations, such as those suffering from mental illness. Furthermore, just this past February, Mayor Faulconer announced the Housing Our Heroes program, a collaborative effort between the City and the San Diego Housing Commission that is expected to secure housing for over 1,000 veterans by next March. And these are just a few of the homeless-specific programs in San Diego. Homelessness is an issue anyone living remotely close to San Diego knows about, given that the city has such a large homeless population. As such, there is an implicit understanding that people who live on the street will not just “go away.” Yes, safety concerns are real and the fact that there are people living on the streets is an uncomfortable, disturbing reality, but it’s a reality. Homeless individuals are members of our community. They are people, significant proportions of whom have suffered trauma that landed them on the streets. Monetary support for programs intended to secure federal funding to help the homeless is limited as it is, with San Diego receiving less than 22 other cities, despite the huge homeless population. Thus, the allocation of funds toward “removing” homeless individuals from certain areas of San Diego is mind-boggling and petty. Aside from dehumanizing the homeless, these actions devalue the tireless work of local advocates and policymakers to care for homeless individuals and make San Diego a safer place for all of its residents.

One thought on “Homelessness: Tiny Houses in the Face of Sparse Funding and Belligerent Displacement”