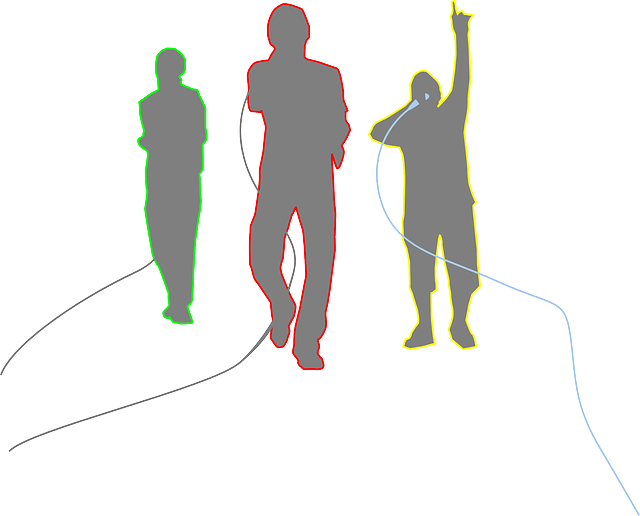 Musicians have long used the boycotting of concerts in certain states to protest discriminatory laws enforced within. Since North Carolina’s recent enactment of House Bill 2 — a law overturning LGBT-discrimination bans and barring transgender people from using the bathroom of their preferred gender identity — Bruce Springsteen and a host of artists have announced their decisions to cancel shows in the state, reasoning that boycotting is the best action they can take to pressure legislature. But in order to effectively address the widespread discrimination faced by the LGBT in North Carolina and beyond, it is imperative that musicians use their platforms to increase visibility rather than attempt the less effectual musician’s boycott.

The decision of Springsteen and friends, including Boston, Ringo Starr and Bryan Williams, among others, is no new form of protesting discriminatory laws. When the Indiana Religious Freedom Restoration Act passed in March of 2015 and allowed businesses to refuse service to gay customers, Wilco announced the band’s refusal to perform in Indianapolis. And when, according to CNN, George Zimmerman was acquitted of murder charges in the death of the unarmed Travyon Martin, Stevie Wonder vowed to perform in no state with stand-your-ground laws in place. The effect of such boycotts, though, is nothing ultimate. As reported by The Atlantic, there have been no repeals to stand-your-ground laws. In the case of Indiana’s law, the LGBT community was eventually added as a protected class under the law. But this addendum only happened after Marc Benioff, the CEO of software service company Salesforce, penned multiple open letters to Indiana Gov. Mike Pence in protest, promised relocation packages for the company’s employees and threatened to scale back Salesforce investments in the state. According to Huffington Post Business, Benioff recruited over 70 tech executives to fight the bill as well. What’s clear is that concert cancellations have not — and still do not — guarantee or necessarily precipitate legal change.

And with the potential benefits of performing in a state like North Carolina — the opportunity for mobilization and the publicity for in-concert protesting — the decision to merely cancel and declare solidarity is a risky decision that may not result in the desired legal repeal, assuming that an all-artist boycott will not succeed in quelling political opposition. As pointed out by Josh Tildman — also known as Father John Misty, who will go forward with North Carolina performances — cancelling on North Carolina has the undertone of falsely consolidating a plethora of issues into a singular winnable campaign. “I also play states that have oppressive drug laws designed to imprison the disenfranchised,” described Tildman, emphasizing the notion that injustices faced by the LGBT community and beyond cannot simply be solved by pretty boycotts.

Laura Jane Grace — the transgender founder and leader of famed punk-rock band Against Me! — will be performing in North Carolina for this reason, describing her decision to BuzzFeed News as “a form of protest, to say that despite whatever stupid laws they enact, trans people are not going to be scared.” Singer, songwriter, and activist Cyndi Lauper, who created True Colors Fund to address homelessness among LGBT youth, described her plan to turn her Raleigh show into an “entire day to build public support to repeal HB2,” as stated on her Facebook post. What Tilllman, Grace and Lauper promote by going into a social climate like that for LGBT people in North Carolina is the idea that transphobia is not limited to HB2 and that the solution to such anti-LGBT+ legislation is not something that can be itemized in the way that musicians like Springsteen seem to treat it.

A repeal of HB2 would go down as a win, but only one in a war seeing a far greater amount of battles that must be fought with the utilization of public platform. The fact that Nisha Ayub, a transgender woman, was sexually abused in a male prison last month — to which she was sent instead of a women’s institution — is not an isolated event. There is no legal requirement for the gender identity of trans people to be honored in prison sentencing, and this is hardly the tip of the iceberg in the brutal fight for rights faced by the trans community. This fight both cannot and will not be solved by the boycotting efforts of few.

Ideally, there would not be too many discriminatory laws based on race, gender and sexual orientation to address. Ideally, celebrities would speak up on the lasting issues and injustices pertaining to the state of trans rights at times other than HB2. Ideally, the people speaking out about such issues wouldn’t only be celebrities like Janet Mock and Laverne Cox, who are trans women of color and activists themselves.

But as it stands, the most significant action an artist can take in efforts to encourage social change is to use their platform and their presence for the sake of activism, awareness and visibility.

Of course, musicians who cancel shows in solidarity are not explicitly harming trans people in and outside of North Carolina. They are, however, ceasing to use their power for significant change. Supplying funding and support to everyone affected by HB2 in North Carolina — which several artists have used as an alternative to carrying out performances in the state — is an absolutely important step toward progress, but it’s one that should be taken in conjunction with, rather than in place of, appearing at scheduled shows in the state.

A clear indicator of this divide between good intent and effective action is illustrated in the tone of artists’ posts across cancellers and non-cancellers. Boston “looks forward to the day that the state government comes to its senses.” Bryan Adams hopes he “can come back” to perform in Mississippi once a “Religious Liberty” bill is repealed. Pearl Jam “will be waiting in line for a time” when the band will play again in North Carolina. But for Against Me!’s Jones, Lauper, and so many others, there is no time to wait in line, to hope, and to eventually return or to abandon in the first place.

Ultimately, whether to cancel or perform in North Carolina is less vital of a decision than is the fact that celebrities have a Facebook on more days than the one on which they announce single boycotts in response to individual bills. And in order for musicians to be the activists they hope to be via such attempts, a genuine and constant effort to address inequalities — one illustrated by artists like Beyonce and Kendrick Lamar — must be a pattern, a practice and an insistence rather than just a decision.