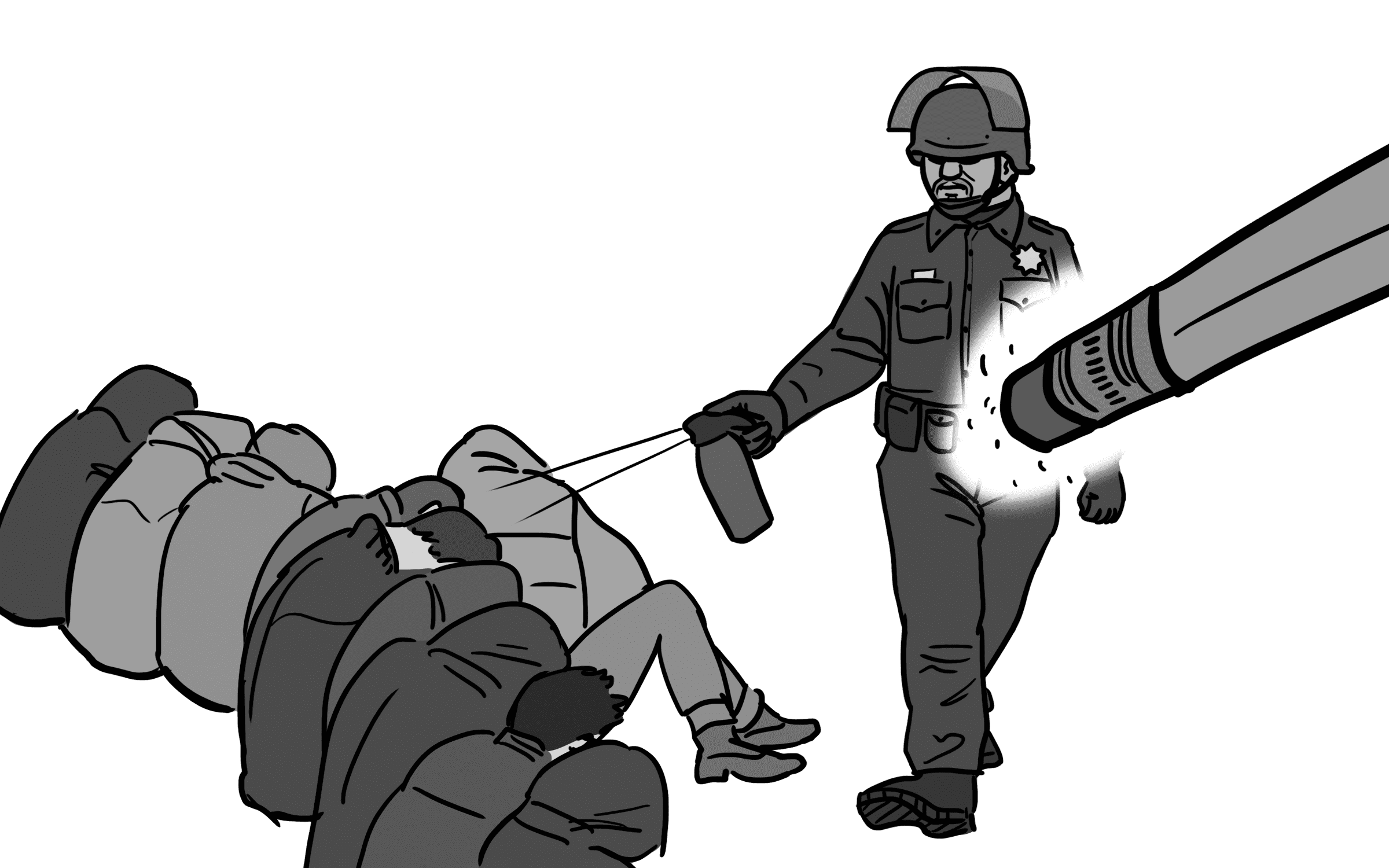 Last week, a Spotlight-esque public records request from the Sacramento Bee led to the disclosure of several private contracts totaling over $175,000 that UC Davis administrators used to eradicate “references to the pepper spray incident in search results on Google for the university and the Chancellor.” In case you need a refresher, or if the hired companies carried out their task effectively, the November 2011 incident constituted two UC Davis police officers pepper spraying students who were peacefully participating in an Occupy Movement protest. The incident was, to the university’s dismay, caught on camera and shared online for the world to see. And it seems now that UC Davis administrators want the public to forget the incident ever happened. They want only their achievements in research to be recognized and their faults and blunders to be forgotten.
From a pure publicity standpoint, this should not be surprising. Any sensible business that aims to gain prestige and recruit the best would try to project as positive an image of itself and its products as possible. The problem is that public universities are not businesses and education is not a product. It’s understandable that UC Davis wants to look as respectable as possible so that it can continue recruiting world-class students, but these actions cross ethical boundaries. As financiers of the university, we have a right to know everything the university is doing, and we should hear it from the university itself. We should not have had to find out about the pepper spray incident through a viral spectator video. We should not have had to learn of the university’s attempts to hide these videos through a public records request. There should be a clear and accessible record of all of the university’s major actions for all UC students and California taxpayers to see. Then we would know when our dollars are being used to pay for unethical, history-editing practices, and we could address them.
The problematic nature of the campaign designed to suppress negative Google search results has not been the only administrative issue that faced vigorous disapproval of UC Davis students in the past months. In March, it was revealed that Chancellor Linda Katehi had taken positions on two corporate boards, revealing the conflict of interest and jeopardizing her credibility as the chancellor of UC Davis. Especially alarming was her decision to accept a position with DeVry Education Group, a for-profit organization sued by the Federal Trade Commission for providing misleading information about the employment and earnings of its graduates in a series of advertisements. Acting as a person of business once again, Katehi made a decision to resign from the board of DeVry to appease public interest groups, Assemblyman Kevin McCarty, the authorities outside UC Davis who criticised the chancellor for failing to serve the university, students and taxpayers. The resignation was nothing but a necessary measure to fix the damaged reputation of Katehi herself and the image of UC Davis.
However, the criticism of student protesters calling for Katehi’s resignation does not seem to be considered as important as that of advocacy groups. The voices of protesters, who continued to express their opposition to the chancellor’s activities and the university’s attempt to push out negative search results, have been silenced. According to the protesting students, the administration does not initiate direct dialogue with protesters, instead choosing to talk with the student government. Such behaviour not only demonstrates the officials’ inability to maintain a direct conversation with the students, but can also be perceived as an attempt to disregard the role of student agency in university’s decision-making process.
By trying to suppress the negative Google searches that have to do with the pepper spraying incident and Katehi’s moonlighting activities, UC Davis administration is attempting to rewrite the history of the university by pretending that nothing negative has ever happened. By making a conscious effort to forget its past mistakes rather than use them as a stimulus for future positive changes, the university is failing to serve the interests of its student population — something that needs to be done to create a truly positive image of an educational institution. Such an approach not only disadvantages current students, but also does not allow future students to choose a school based on truthful information. Potential applicants should be equally aware of the academic and scientific achievements of the university of their choice and its campus climate, as both of these factors influence the experience students have throughout their college career.
Not all UCSD students are aware that in 1970 a UCSD student, George Winne, Jr., set himself on fire at Revelle Plaza to protest the United States’ involvement in the Vietnam War. The noticeable memorial in honor of student activism for peace inspired by Winne’s act was established only 44 years after the protest thanks to the effort of a group of students in Thurgood Marshall College’s Dimensions of Culture program. This case illustrates that the administration is rarely interested in talking about protests on college campuses. It is even easier to ignore the history of student protests, when university authorities have a right to limit our access to information about those incidents. Therefore, we should hold the UC authorities responsible for maintaining universities’ reputation by admitting their mistakes and commemorating student protests instead of clearing up the Google searches.