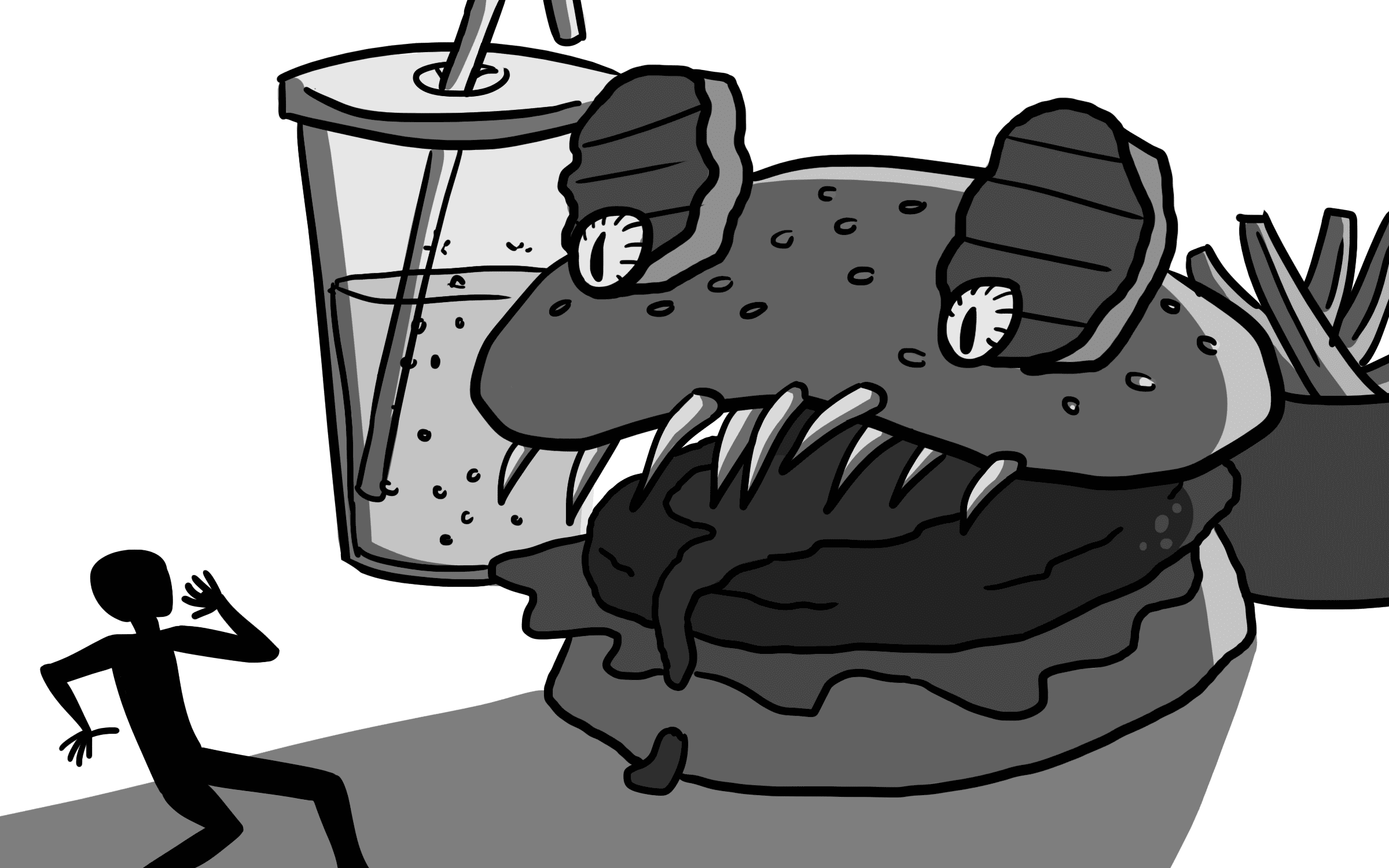 With Spring Quarter ushering in a panic of scrambling students either selling their unused dining dollars or desperately trying to purchase dining dollars, it seems proper to address Housing, Dining and Hospitality and its rather unsavory policies and regulations. In the best interest of the students, HDH should cease to limit the transfer of dining dollars among students, and improve the overcharging, insufficient operating times, and unhealthy options faced by students desperate to make use of mandatory dining plans.

The mandated purchase of dining dollars is one the most prominent downsides to living on campus in residential halls. The smallest plans for those living in the residence halls is the Triton Lite plan at $3,255, and — since students are forced to buy dining dollars — HDH can, and does, overcharge on numerous items. For example, the markets charge $1.79 for an individual cup of cereal while Amazon sells a pack of 60 for about 78 cents per cup, Target for $1.07, and CVS for $1.00. Students, forced to spend dining dollars at HDH markets, are compelled to make such absurd uneconomical purchases to spend money they had to buy. Mandating the purchase of dining dollars with on-campus residence no longer subjects either the HDH markets or dining halls to the level of competition faced by other markets and restaurants. Competition drives better food at lower prices, as restaurants and markets are forced to compete for consumers so they are constantly improving.

The hours of the dining halls are similarly problematic for college students. With most dining halls closing at 9:00 p.m. Monday through Thursday, many students have to resort to microwavable food or quick noodles — both unhealthy options — from the markets to fit their eating schedule. Other UC campuses such as UC Berkeley have late-night initiatives with dinings halls open until 2:00 a.m. Sunday through Thursday, according to Berkeley.edu. While HDH does attempt to make accommodations for those with food allergies, often, those individuals are forced to eat the same meal on a daily basis with minimal variation.

Upon further examination of the nutrition facts of some of the food provided by HDH, many of the foods aren’t as healthy as previously thought. Take, for example, the HDH Sausage Breakfast Burrito, which — according to UCSD’s HDH webpage — has 1428 calories, and — according to a daily 2,000 calorie diet — 161 percent of the recommended daily amount of fat, 131 percent of saturated fat, 138 percent of cholesterol and 196 percent of sodium. While McDonald’s may have a reputation for serving unhealthy foods, their Big Mac has less than half as much fat, 50 percent of saturated fat, 26 percent of cholesterol and 40 percent of sodium. Of course, HDH does offer alternative foods at lower calorie counts. However, the fact that McDonald’s serves healthier food than UCSD dining halls raises some concerns, as does the defense of the meatless breakfast burrito item given by HDH’s registered dietician, who suggested to “split it with a friend.” Some of the expected larger calorie food items, such as the Buffalo Chicken Oozer and desserts, don’t have their nutritional facts listed on the HDH website and require one to inquire about the specific dish.

As one solution to the concerns raised above, Triton Cash could replace dining dollars, as they are accepted at dining halls and markets and yield 10-percent discounts for students. HDH already has a big advantage in offering incredibly convenient locations for students, but for the sake of both healthier options and affordability, it’s time that the dining halls and markets are subjected to external market forces. While no longer requiring the purchase of dining dollars will certainly detract from HDH’s revenue, it will also push them to improve both the pricing and nutrition of the food they provide.