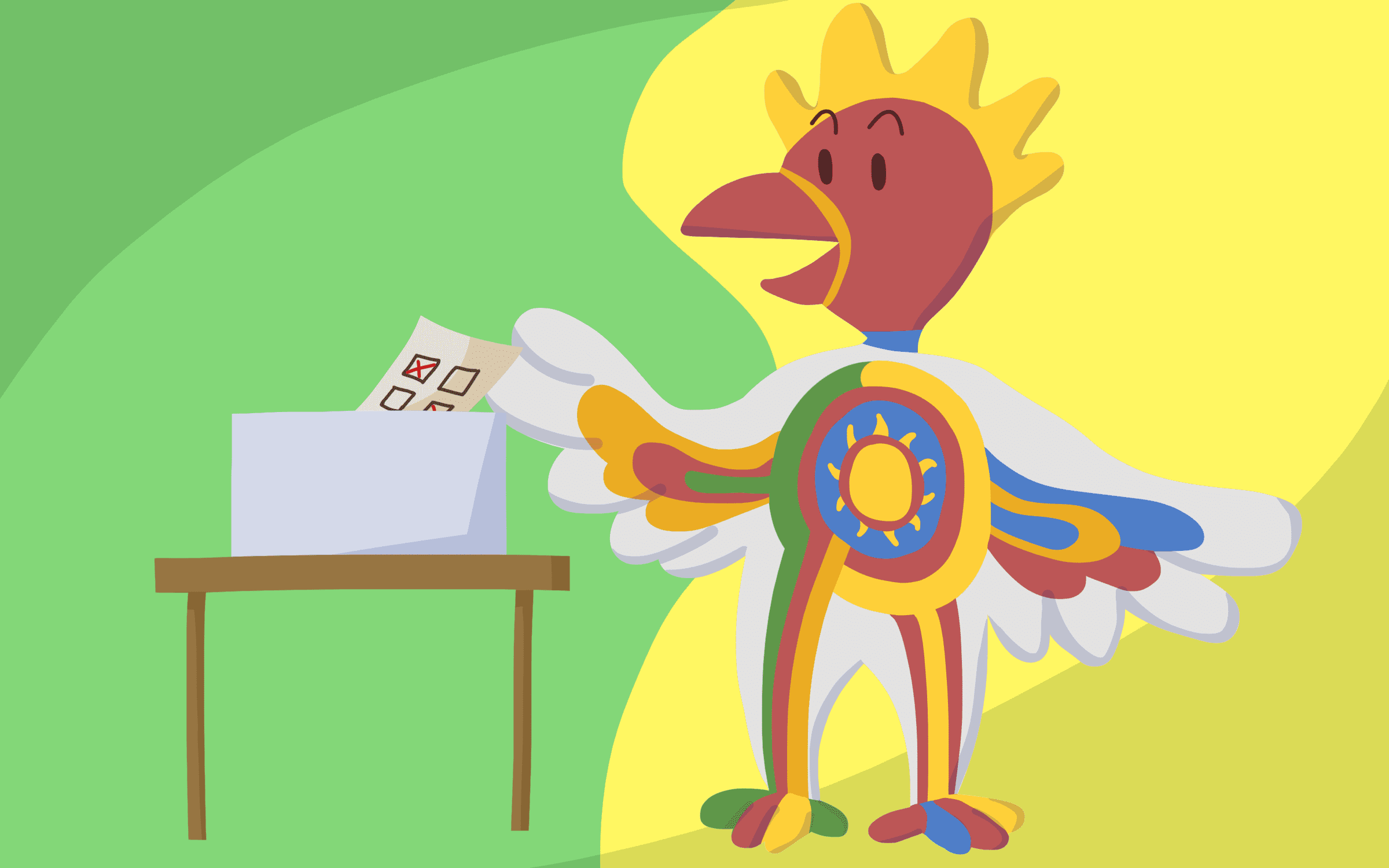 The Guardian Editorial Board conducted interviews with the presidential candidate, as well as both vice-president of external affairs candidates and both campus affairs candidates. In addition, we spoke with the twelve students running for the five campus-wide senator positions. Every individual we spoke to demonstrated a passion for improving student life. Thus, our endorsements reflect who we believe would be the most qualified to actualize their goals at UCSD during their one-year terms in office. 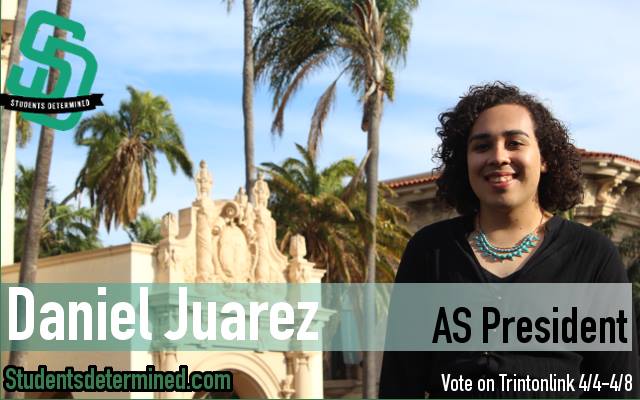 With realistic plans, tangible solutions, ample experience and genuine passion, it is clear to us that Daniel Juarez will be the A.S. President UCSD deserves and needs.  As a volunteer for campus affairs, a founding member of Triton Lobby Corps, a member on the UCSA board of directors, and a coordinator for the Raza Resource Centro — among other positions — she has gained insight as to how to pursue realistic, meaningful courses of action on campus. Juarez recognizes the urgency of housing insecurity and the influx of students on their way to UCSD, and has pragmatic plans to alleviate students of this burden by working with local legislators — such as Assemblymembers Shirley Weber and Lorena Gonzalez — to provide housing. Across the board, her plans illustrate a dedication to utilizing resources in order to provide students with necessary services — this includes creating workshops to help qualifying students sign up for CalFresh, and working with the Counseling and Psychological Services director to shorten wait time, allow walk-ins, diversify staff and improve access to mental health services. It is unsurprising to learn that she advocated in 2012 for Prop 30 — legislation that passed and prevented tuition raise. Juarez is a leader who not only recognizes but fights — and will continue to fight — for student voices, the importance of grassroots advocacy, and the need for equitable, accessible and inclusive college education. 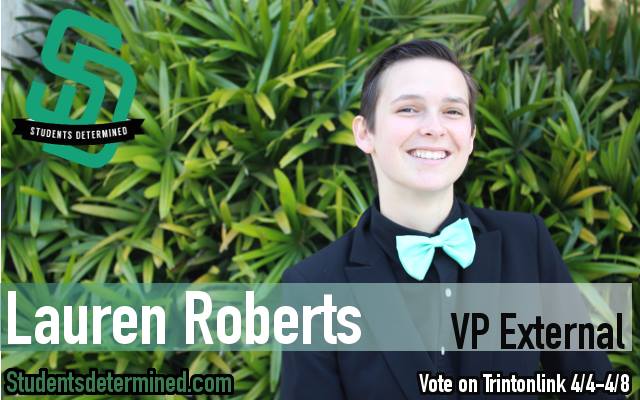 Clear, concise and to the point, Lauren Roberts is a candidate well-versed in both UC-wide and UCSD issues, presenting specific platforms on undocumented immigrants, factors impacting racial diversity on our campus, and mental health. Roberts wants to work toward establishing all the universities in the UC system as sanctuary campuses to protect, rather than infringe upon, all students’ educations. Using funds from the same budget to spend on schools and prisons is an issue Roberts is especially enthusiastic about and wants to address through student coalitions as well as dialogues between those demographics affected by high rates of incarceration. Along with her use of students as a focal point for racial diversity, Roberts plans to pursue a more widespread mental health resource approach by partnering with Active Minds to have Counseling and Psychological Services-certified peer educators to not only alleviate the impacted CAPS services but to build a stronger sense of community through students themselves. Overall, Roberts has an impressive resume as a student leader at UCSD and the necessary mindset to approach the position of Vice President External Affairs: To have impactful legislation, the students at the UC campuses must be educated and motivated to want to see that change; Roberts is the candidate to whip up that fervor. 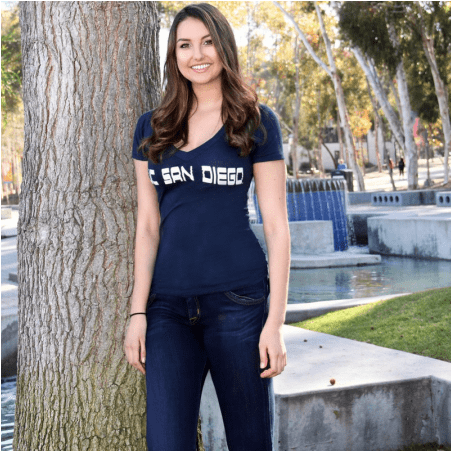 With a practical approach to campus-wide issues, Sabrina Ekdahl is a candidate who will be active in engaging UCSD students with simple solutions that can go a long way. When it comes to the housing crisis on our campus, Ekdahl acknowledges that building more residence halls will be neither quick nor cost-effective. Rather, Ekdahl understands that some students will have to live off campus and believes a better, immediate alternative is providing adequate resources to prepare for that initial move. Ekdahl is also an advocate for addressing the pervasive mental health issues on our campus at a more base level through preventative measures to aid students. By tackling it alongside food and housing insecurity, Ekdahl hopes to relieve the overflow of students reaching out to CAPS, reducing the pressure on both students and psychologists alike. Along with Ekdahl’s pragmatic approaches to housing and mental health, she has shown a respectful understanding of diversity, inclusion and sexual assault on our campus, understanding her own privilege and seeking to work with affected communities to develop effective programs. Overall, Ekdahl is a well-rounded candidate for Vice President of Campus Affairs who will work with students toward meaningful short-term and long-term solutions. 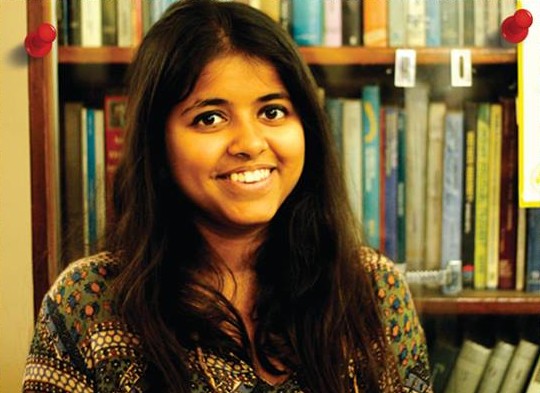 Being one of the few independent candidates running for A.S. Campus-wide Senator positions, Aditi Gautam has a strong personal opinion on how to approach the issues of campus climate, ineffective usage of tuition money, student spaces availability and mental health. Throughout her college career, Aditi has obtained necessary experience, both in collaborating with different student populations during student protests and on a day-to-day basis. In addition, as an activist and a co-op volunteer, she has been maintaining a fruitful dialogue with UCSD authorities, which allows her to effectively communicate students’ needs to the campus administration should she become a Campus-wide Senator. A strong believer in students’ agency, Aditi chose “A university of the students, for the students and by the students” as her slogan to highlight the need for student-run structure of the university government. On A.S. Council, Aditi Gautam not only will be successful at granting students the voice and authority they deserve, but also will fight for more transparency in university funds distribution, as she believes that it will prevent tuition hikes and unfair prioritization of administration’s budgeting over investment in student resources. Cooperation, transparency and agency is what Aditi stands for, and is what A. S. Council needs to fight for to make UCSD a favorable environment for all students. 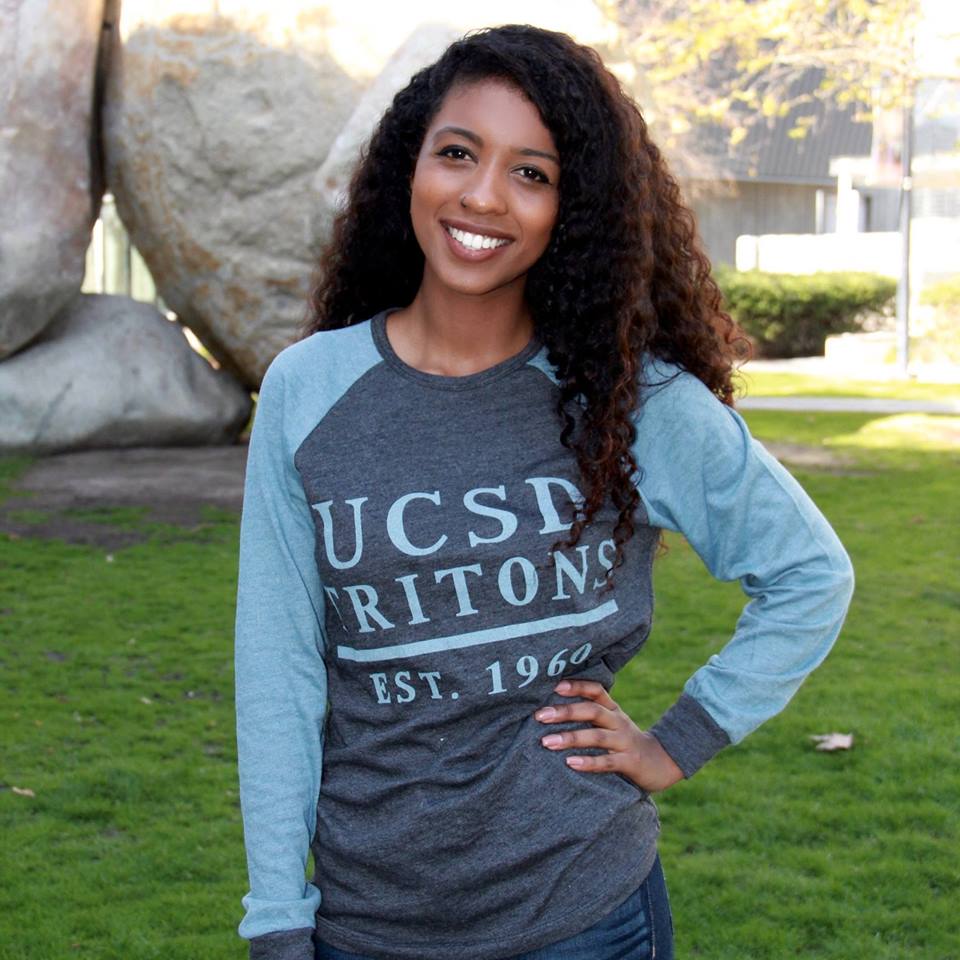 Desiree Johnson of Tritons United hopes to represent both the pre-med and black communities if elected and has the experience and drive to be an effective voice for both communities. Johnson served on the First Year Council, then as the Warren College Student Council ASCE Representative, all the while interning for Porter’s Pub and working as a health peer educator at the Career Center. Meanwhile, her involvement with Black Student Union gives Johnson the necessary experience to start conversations about diversity and inclusion at UCSD while facilitating conversations between different cultural and activist organizations about improving campus climate. To address the UCSD pre-med students, Johnson aims to start an umbrella organization for leaders of the many pre-med organizations to increase cooperation between the groups. Additionally, Johnson aims to enact a bike program similar to that of UC Davis. Her plans would allow student to swipe their ID cards at one point on campus and receive a “zip bike” to ride to their next class. Overall, Johnson’s community involvement and clear ideas for improving on campus transportation make Johnson a valuable addition to next year’s A.S. Council.

Lesly Figueroa’s strength lies in the way she frames her thoughts on campus issues, which is through her passion for food and housing sustainability. This is an angle that few other candidates chose to take. Overall, Figueroa wishes to fix prominent campus issues through peer-based education. Figueroa hopes that this will foster a sense of understanding between opposing groups on campus. Specifically, peer-based education could also be used as an alternative to Counseling and Psychological Services, which Figueroa admits is — despite doing its best with the resources at hand — unable to fully address the mental health needs of students on campus. But what really drives Figueroa’s platform is a commitment to raising awareness on sustainability in agricultural and waste-management systems. Figueroa also wishes to educate students about where food comes from and who’s growing it, and to ensure that Housing, Dining and Hospitality is held accountable for recycling and composting. By addressing problems that no other candidate has addressed, and through her commitment to student-based solutions, Figueroa would be a welcome addition to the student senate. 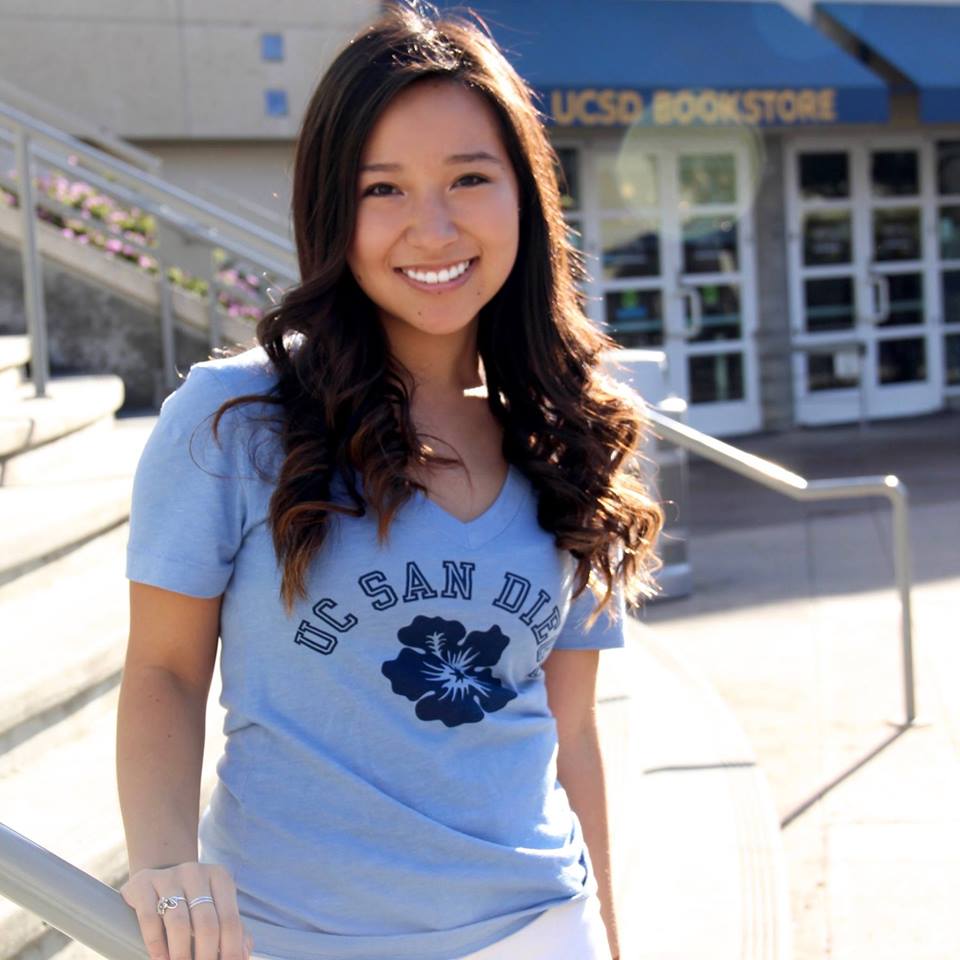 Soul. That’s what second-year candidate Morgan Kuwashima will bring to each one of her projects as A.S. Campus-wide Senator. Although she’s only a second-year, Morgan personally understands that an understaffed Counseling and Psychological Services is a systemic problem and that conversations surrounding the issue needs to be an inherent part of campus rhetoric. Furthermore, she realizes that the most effective way to improve student life is by standing in solidarity with her fellow student leaders: identifying common goals and developing creative solutions to address them. According to Morgan, spirit at UCSD is a problem and moving up to Division-I will indeed improve how students experience their campus. Most individuals in favor of the referendum would agree. However, Morgan contextualizes the issue of community on campus in the long-term through her “Dine with an Alum” program. Alumni would therefore choose to visit UCSD not only to cheer on the Tritons at games but to provide mentorship and foster personal ties with current students. Morgan’s passion for students’ well-being is what inspired her to run for A.S. Council; however, her faith in students is what will sustain her projects and solidify real, positive changes at UCSD.

Spirited and balanced, Rachel sticks out for her critical approach to issues facing our campus. Her priority is bringing peer-to-peer mental health counseling to UCSD, which she hopes will give students an outlet to share their daily struggles and psychology majors an opportunity to acquire practical experience. She also wants to work towards diversifying the Counseling and Psychological Services staff to improve relatability and towards moving its office to a more central location to prevent the inconvenience of walking to Revelle from posing a barrier to students in need of assistance. In regard to free speech, as much as she is adamantly anti-censorship, she also believes that the voices of students should be heard, both in print and through the decisions of their leaders. Furthermore, she aspires to support student-run businesses, including the existing co-ops, which she values for the pragmatic skills that they offer to teach. Overall, Rachel is a thoughtful candidate who’s likely to be effectual in her areas of expertise.