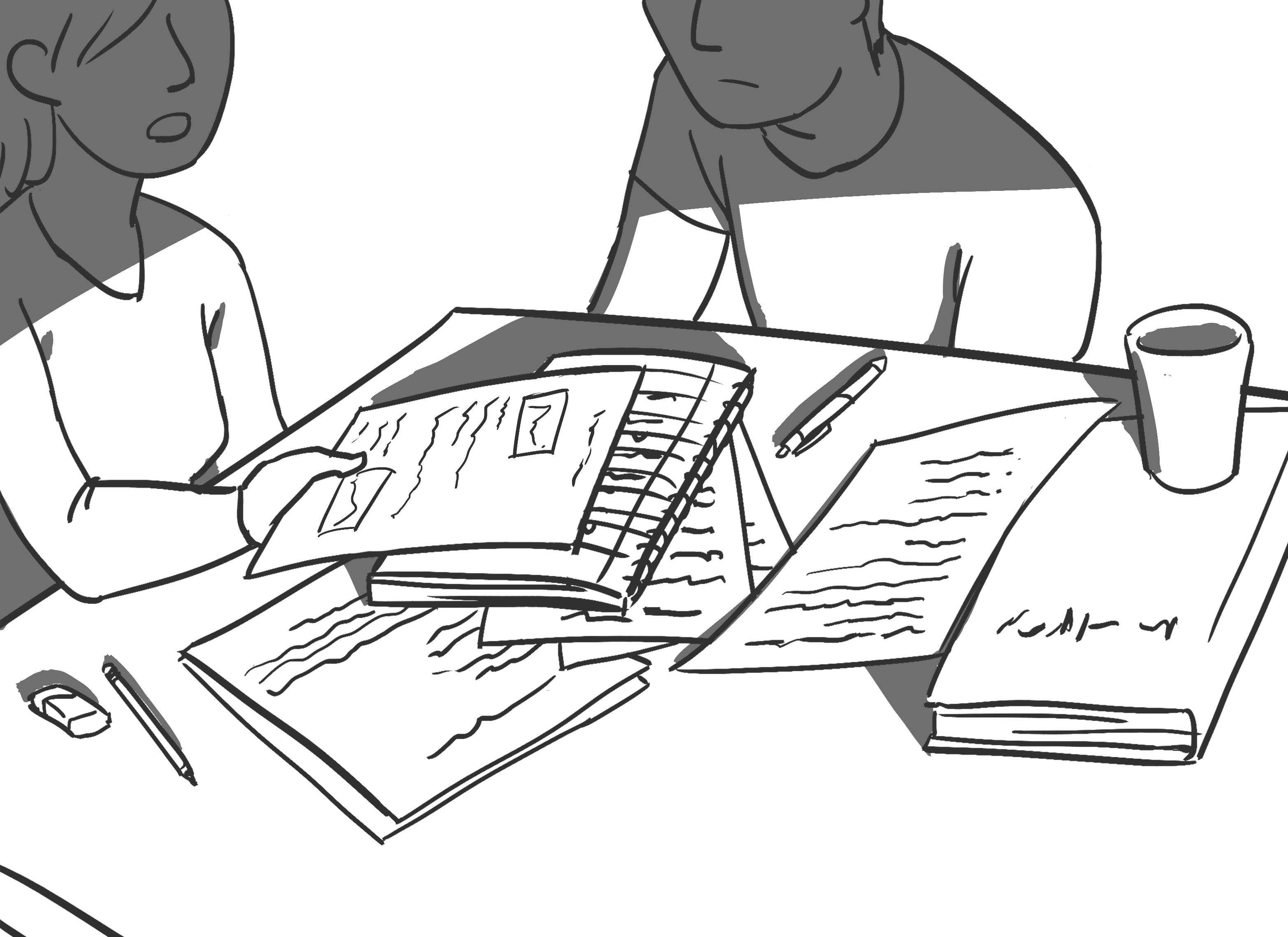 Everyone knows that students cheat, even — and perhaps especially —at well-regarded universities like UCSD. But not everyone understands its scope, especially when it comes to engineering undergraduates. In UCSD engineering, it’s not just a few bad apples letting their eyes wander during exams. Rather, it appears that many engineering students — probably a majority — cheat.

In an anonymous survey conducted by the UCSD Guardian, primarily on structural engineering and electrical engineering students, 64 percent admitted to cheating out of a sample size of 76 students. For the purposes of the survey, cheating includes academic dishonesty on tests, midterms and finals, and finding solutions to homeworks. Students certainly aren’t oblivious to the extent of the issue. The majority of engineering students in the same survey guess that between 40 to 60 percent of their classmates are cheating. Also, in response to the question, “Is cheating a problem in engineering?” 70 percent of responders answered “yes.”

Arthur is a fifth-year electrical engineering undergraduate student who is overly familiar with academic dishonesty in engineering, since he has been cheating on his homework consistently for years. Arthur isn’t his real name, though that was the name that was mistakenly shouted when his order was called at Roots. He sat down and started in on his chili after an evening of cheating on his circuits homework.

“Most of the cheating is on homework,” Arthur told the UCSD Guardian. “It’s low-risk and high-reward. The professors rarely change the homeworks from year to year, and students often get answers from older students who have previously taken the course. And it’s hard to get proof of [cheating] unless someone literally takes a picture of someone cheating in public and shows the professor, which never happens.”

“Sometimes homework is due the next day, the professor didn’t explain anything and the book is so unclear,” one anonymous survey responder wrote. “Unlocking an article that shows step-by-step solutions not only gives the student a better grade, but also teaches the student how to solve the problems. Cheating teaches the student the material.”

UCSD has a zero-tolerance policy regarding cheating, and many professors do their best to prevent it — like Ken Zeger, an electrical engineering professor who’s been teaching at UCSD since 1996.

“I personally want my students to work together on their homework and not worry about collaboration, so I don’t require it to be turned in for a grade,” Zeger told the Guardian. “Instead, their grades are based only on exams in my undergraduate classes.”

Zeger indicated that he thinks that cheaters are very rarely caught, which may suggest that some professors are aware, to an extent, of the issue.

However, when asked about cheating in engineering, Tricia Bertram Gallant, Ph.D., Director of the Academic Integrity Office, responded that they aren’t aware that engineering majors are a special case at UCSD.

“We have no data to suggest that UC San Diego engineering students cheat more or less than their peers,” Gallant said.

Arthur disagrees with this notion, even when it comes to tests.

“I get the impression that engineers have a higher rate of cheating on tests than other majors because of the competition,” Arthur said. “It’s one of the most competitive subjects other than pre-med.”

Even though cheating on tests appears far less common than cheating on homework, when students were surveyed about how professors could best prevent cheating, many students emphasized and described how cheating on exams could be stopped.

“Have students discard all materials in their pockets before allowing a student to go to the restroom,” said another anonymous responder.

This is referring to a practice in which, according to Arthur, students will take several cell phones to a final, so that even if they are asked to put their phone on the desk before they use the bathroom, they still have one in the bathroom to look up answers.

When asked about this practice, Zeger responded by discussing his approach of making exams that are difficult to look up answers to.

“I have often suspected this and try to design my exams so it would be nearly impossible to look up answers online,” Zeger said. “My tests are not about memorization and the problems cannot generally be found online. I spend a bunch of time trying to create original exams.”

Creating original exams was mentioned as a solution to cheating by several students and by Arthur, who recounted how once he studied an old midterm that ended up being identical to the one he took the next day.

“I was talking to an older student about this upper-division electrical and computer engineering class I was in, and he just gave me his old midterm to practice with,” Arthur said between spoonfuls of soup. “I went over it a lot, and when I went in and took the midterm, it ended up being exactly the same, problem for problem. So me and my friends who studied with me had 80s and 90s when the average was around a 60. We got lucky on that one.”

Despite cases like this, according to Gallant, UCSD is considered to have one of the best college programs for promoting academic integrity.

The “Excel with Integrity” model that Gallant refers to is one in which the Academic Integrity Office encourages students to take pride in honesty through a contest where students submit creative works that promote academic integrity. There are several prizes for the contest, and the first place winner receives $250 in Triton Cash, though that would mostly be limited to spending at the bookstore or at dining halls.

“Many campuses around the world look to our Excel with Integrity initiative as a model,” Gallant told the Guardian. “For example, we were one of the first universities to recruit and train peer educators to advise students and help educate them. We were also one of the first universities to respond to integrity violations as a “teachable moment” and now others look to our programs as a model to be replicated.”

Back in Roots, Arthur continued to work on his chili so he could get back to the lab and work on his homework.

As for whether or not cheating is justified, he could not put an exact “yes or no” answer on it.

2 thoughts on “A Culture of Dishonesty”