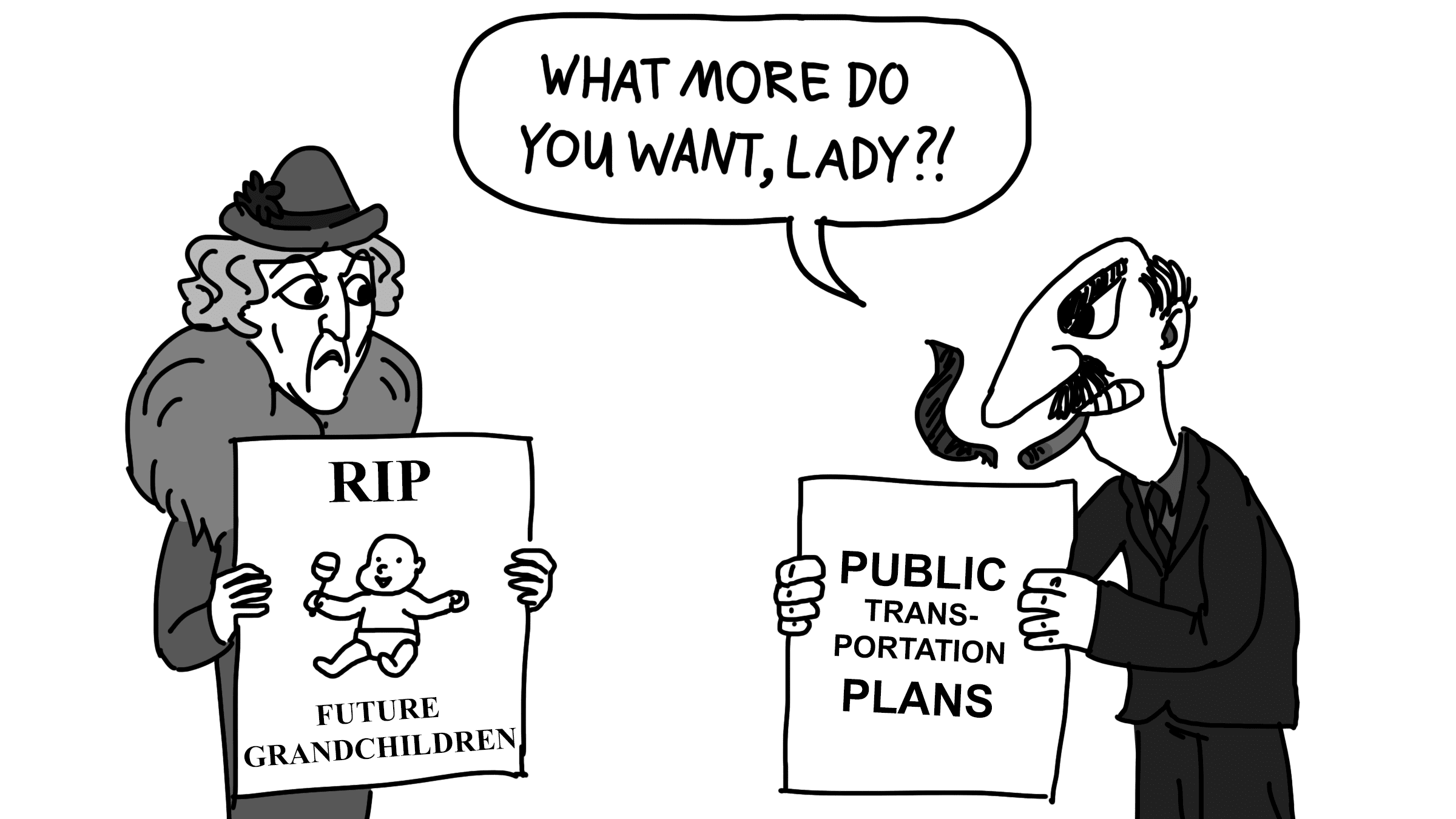 Let’s be brutally honest with ourselves: Do we need to change? The reality of the San Diegan lifestyle is that we like to drive in the fast lane, charging like a speed demon across the freeway. Unfortunately, this is neither safe nor a sustainable option for the future, as it continues to contribute to a significant amount of greenhouse gases — and climate change must be addressed. When the New York Times asked Park Williams, a scientist who studies climate change at the Lamont-Doherty Earth Observatory of Columbia University, about the state of California’s drought, he said, “It would be a fairly bad drought no matter what, but it’s definitely made worse by global warming.” According to Williams and his colleagues’ research, climate change is responsible for 15 to 20 percent of the moisture deficit that contributes to California’s drought. That’s one example of a way in which climate change is real and is affecting us on a daily basis.

It’s time to bite the bullet and face our situation. The city needs to start seriously addressing pollution, greenhouse gas emissions and climate change. Last week, the San Diego Association of Governments approved a $200 billion regional plan, known as San Diego Forward, that will affect the city’s transportation design for the next 35 years. If you consider billions and billions of dollars, and also factor in 35 years — since time is money — then holy guacamole, it’s a lot of dough.

And if residents of San Diego are contributing their hardworking taxpayer’s money, we do expect to see some serious action taken to combat climate change. SANDAG’s forum of decision-making is comprised of 18 cities and the county government. With $200 billion at stake, it would be nice to believe they are putting this money to good use. The regional plan of San Diego Forward aims to increase public transportation in the form of extra trolley lines, buses and bike stations. According to the plan, this will successfully reduce greenhouse gases by 30 percent over the years — a definite step in the right direction.

On the other hand, the plan has been blasted by a vocal group of environmentalists. At least 100 speakers came to SANDAG’s final meeting on the plan, with many critics seizing this opportunity to voice their disapproval. Some elderly women displayed posters of children supposedly resembling their grandchildren. These ladies requested a moment of silence for the deceased, morbidly implying their future offspring would be dead because of our poor environmental choices. Despite their apocalyptic sentiment, the plan passed without delay.

The main beef these critics have with SANDAG is that the plan still prioritizes cars and freeways over public transportation. Although the plan does increase public transportation, it also creates more managed lanes — with toll fees — and the expansion of freeways. Some environmental visionaries would like to see more drastic measures to combat greenhouse gas emissions.

The problem is that the true culprit is the general population, not SANDAG. In San Diego, we love to drive cars — it’s our thing. According to SANDAG, the region’s population is expected to grow by nearly a million people by 2050. Soon there will be even more of us, and that will only serve to further exacerbate our lifestyle of gasoline consumption. Also, the underlying cultural perception among college students is that it’s impossible to have a life without a vehicle. Instead of requesting new public transportation, it is becoming more common to rely on informal taxi services such as Uber and Lyft. Although a vocal minority of passionate environmentalists came to speak against SANDAG’s plan, the fact of the matter is we’re mostly a society of drivers, who are not driven to change.

SANDAG may be the administrative culprit, but in this case, its plan is an accurate reflection of public sentiment. A few extra transit lines sounds nice, sure. But what about the freeways? We’d like to know where to drive and park our cars.

Perhaps, instead of pumping billions of dollars into roadways and public transportation, the city should be building upon what most San Diegans are already invested in — cars. But we should be reinventing them with green-fuel sources and electric-powered engines. All this technology is available, but the city is not fully utilizing it. According to the Voice of San Diego, drivers need incentives to switch to green vehicles, such as special access to certain parking lots, exclusive freeway lanes and widely available charging stations. Instead of protesting SANDAG’s public transportation plans and blaming the city for failing to fix all of our problems, the average citizen needs to get on board. We should start thinking outside the box and promote the use of high-tech solutions that are worthy of a modern world. Maybe then, we’ll start to change our lifestyle.