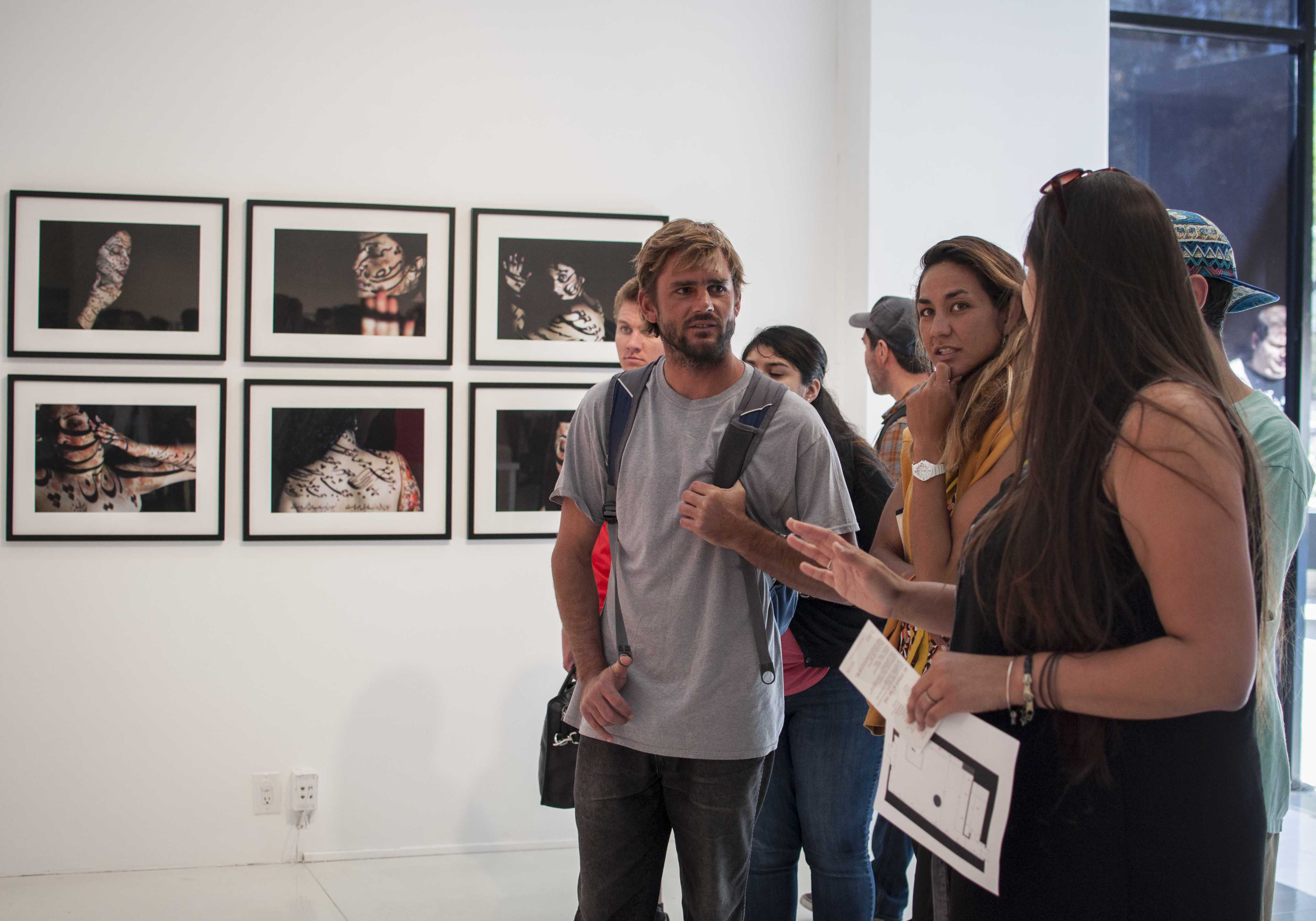 Between summer 2014 and summer 2015, four of UCSD’s venues for artistic expression have either closed or are facing closure: Graffiti Hall, the Che Cafe, Porter’s Pub and now the University Art Gallery. While the campus administration has given clear reasoning for the closing of the first three, the circumstances involving the UAG’s indefinite suspension still aren’t being publicly discussed. However, a former assistant director of the UAG, Merete Kjaer, was willing to discuss the university’s ambivalence toward the gallery and the reason for its suspension.

According to Kjaer, Dean of Arts and Humanities Cristina Della Coletta gave the Visual Arts Department a choice between hiring another faculty member for next year or hiring a full-time staff member to keep the art gallery open. Neither option appealed to the department. When it was unable to come to an agreement on what to do, Della Coletta made the decision to indefinitely suspend the gallery.

“When I was part of some of those early [committee] meetings, it was just like we were talking to people who weren’t really on our side,” Kjaer said. “So I think a lot of it is just talk and going through the exercise of putting together a proposal with a committee that was probably predetermined from the beginning. Hearing from students could make a difference.”

When asked specifically about the role of the proposed full-time staff member overseeing the gallery and the gallery’s closing, Della Coletta did not go into much detail.

During the last undergraduate exhibit, “Round But Square,” when Della Coletta was asked to comment on whether or not the UAG was closing, she responded by saying that the gallery was on hold, insisting that its suspension is due to the art department’s inability to come to a consensus regarding its plans for next year. Della Coletta then immediately left the exhibit following her answer. She stated that she did not want to discuss personnel issues regarding the gallery, which would include the gallery staff that has been laid off.

Several members of the visual arts department declined to comment by press time. Kjaer noted the hesitancy for other department members to talk about the issue and encouraged them to speak out in order to keep the gallery open.

“I know other people are too scared to talk, and I don’t get it. I know I’m losing my job, and that makes me a little more fearless, but you have to speak up when bad decisions come along,” Kjaer said. “And even if you’re faculty, or even if you’re staff, a graduate student or whatever you are, you just can’t be afraid. Della Coletta isn’t royalty or some kind of queen.” She’s a person who’s doing her job, but if you don’t agree, it’s important to speak up.”

Julia Fernandez, a graduate student in the visual arts program, expressed her disappointment with the university’s priorities regarding art, along with its lack of transparency.

“It’s just really sad because most schools do have galleries and museums. I’m coming from UCLA as an undergraduate and they [have] a gallery and they [have] two museums,” Fernandez said. “So for this going on here is very surprising and, in a way, kind of embarrassing for the school because it’s a reflection of the degree that we’re all getting here, as UCSD students, from a school that doesn’t really appreciate the arts.”

Once the UAG closes, UCSD will be the only school in the UC system not to have an official university art gallery, aside from the Mandeville Annex Gallery and the Visual Art Graduate Gallery, which are located within different department buildings and are significantly smaller in size.

Furthermore, the Visual Arts Gallery exemplifies this shift, starting with its location: the Structural and Materials Engineering building in Warren College as well as the Calit2, which is also a space emphasizing technology. Some individuals believe that pure art and its culture at UCSD is slowly losing priority to other art that incorporates scientific aspects. The UAG itself has had a strong emphasis on traditional art in the past, but as of late, it has been featuring exhibits with an emphasis on STEM fields.

Della Coletta’s affinity for combining art and science was established before she officially started her position as dean.

“The simplistic view is that arts and humanities create subjective experiences, and the sciences deliver facts. This opposition slights both the humanities and the sciences,” Della Coletta told the UCSD News Center in June 2014. “It is time to see these fields not as responding to dichotomous sets of disciplinary mandates but, rather, as sister arts or dispositions — different yet interconnected ways of approaching knowledge and of being in the world as partners and collaborators. We are contributors to the educational experience as a whole, and the path forward is one that imagines more capacious futures for the humanities, the arts and the sciences, together.”

Still, Fernandez told the Guardian that the gallery’s closing affects students and sends a message to them that the university doesn’t have respect for the pure arts.

“The gallery’s closing will especially affect the graduate students who depend on department funding,” Fernandez said. “I know UCSD is mainly recognized for the sciences, but I think it’s important to have a well-rounded education for the undergraduate and graduate students. It shows even to my undergraduates how the arts are viewed at UCSD. It’s very disrespectful in a way. It’s an insult.”

Nonetheless, Della Coletta is optimistic that the status of the UAG will be resolved through thorough cooperation and discussion.

“I think a democratic process, and full faculty involvement of the kind we like to see in action at UC San Diego, is often time-consuming, always complex and often messy,” Della Coletta told the San Diego City Beat in an article published on May 19. “But this is the foundation of collaborative action and I am always optimistic and confident that eventually a solution will be reached.”

One thought on “Art for Art’s Sake”