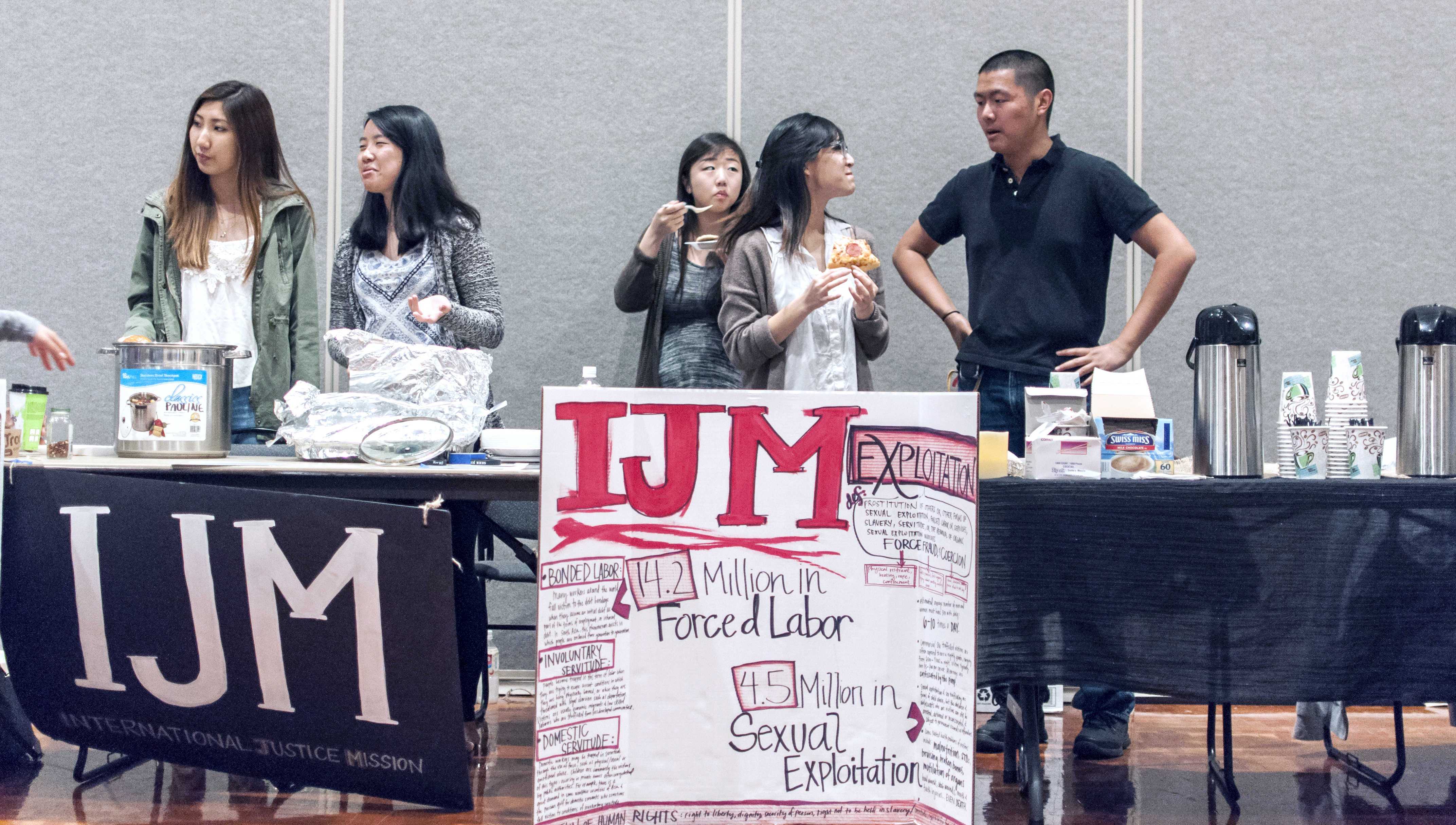 Over 10 advocacy-oriented campus organizations came together for the second annual Social Justice Cafe Night in PC West Ballroom on Tuesday, May 26. Each of the groups held presentations alongside student performers in the hopes of connecting the general student body with unique and often under-represented social justice issues, both local and international.

David Wang of LINK at UCSD and Meghan Tavala of InterVarsity hosted the event and the overall theme of the night was “community overcoming adversity.” According to fellow organizer Pauline Chang, this reflected the idea that although it may be difficult for individual efforts to create tangible changes, being aware of each other’s social justice issues would enable students to make an impact.

“It was to show that little events seem insignificant, but a lot of the orgs will share how a lot of the victims have a lot of gratitude toward the community support,” Chang told the UCSD Guardian.

Organizations including Tritons for UNICEF, Students Against Mass Incarceration, International Justice Mission and the Palomar Korean Church served refreshments and informed students about the causes they represented. Performers included Spirit LED, Selah a cappella and Craig Marker, who also sang at this year’s Sun God Festival.

Chang, a Marshall College sophomore, helped contact prospective organizations for the Social Justice Cafe Night. She explained that last year’s event was solely an awareness concert, but this year’s gathering featured actual expositions so attendees could walk around and talk to organizations individually. She posted individual community bios on the Facebook event page beforehand.

“It’s a very special event, and it’s hard for these types of social justice orgs to retain members,” Chang said. “Thus, we realized how important it was for them to unite and collaborate on something that’s bigger and more impactful. In fact, there were some orgs that weren’t interested. This is sort of a faith-based event and I personally wanted to show what we’re passionate about as Christians.”

“A lot of people focus on the dictatorship, the leaders, rather than the people so we really want to focus on showing that the people are just like us and raise awareness,” Kim said. “All of the proceeds that we collect go toward rescuing the refugees. LINK has a program where they connect with North Koreans who are hiding out in other countries, kind of like a modern-day Underground Railroad.”

Sarah Vella, president of Combating Human Trafficking, was also in attendance. She explained to the Guardian that her club’s goals were to support awareness of human trafficking and to combat the myths perpetuated by the media and sensationalist movies.

“A lot of people aren’t aware of what really goes on in human trafficking and why it’s caused and what can be done to prevent it,” Vella said. “We currently work with two NGOs, Border Angels and the Bilateral Safety Corridor Coalition … For students who really want to do activism and get out there, it’s important that they get out in the community. It’s not something they can learn in a textbook. For the people that are trafficked, there is no social justice right now, and we’re trying to get people thinking about what’s going on.”

Revelle College freshman Drew Jarrett performed spoken word at the event. She recited Shane Koyczan’s poem “The Crickets Have Arthritis,” which is about a terminally ill boy in a hospital bed.

“When I first heard this poem, the first thing that came to my mind was, ‘How can I make the world a better place? [And] for the kids in the world today?’” Jarrett said. “My parents always raised me to be very versed in current news, not just what happened to this celebrity or that celebrity. What I want people to take away from the poem is to not squander [their lives]. While you’re sitting around, there’s a lot more to this world than just magazines and things like that.”

She concluded that the event was awe-inspiring and made her smile to see organizations come together and bring information on serious issues to the public.