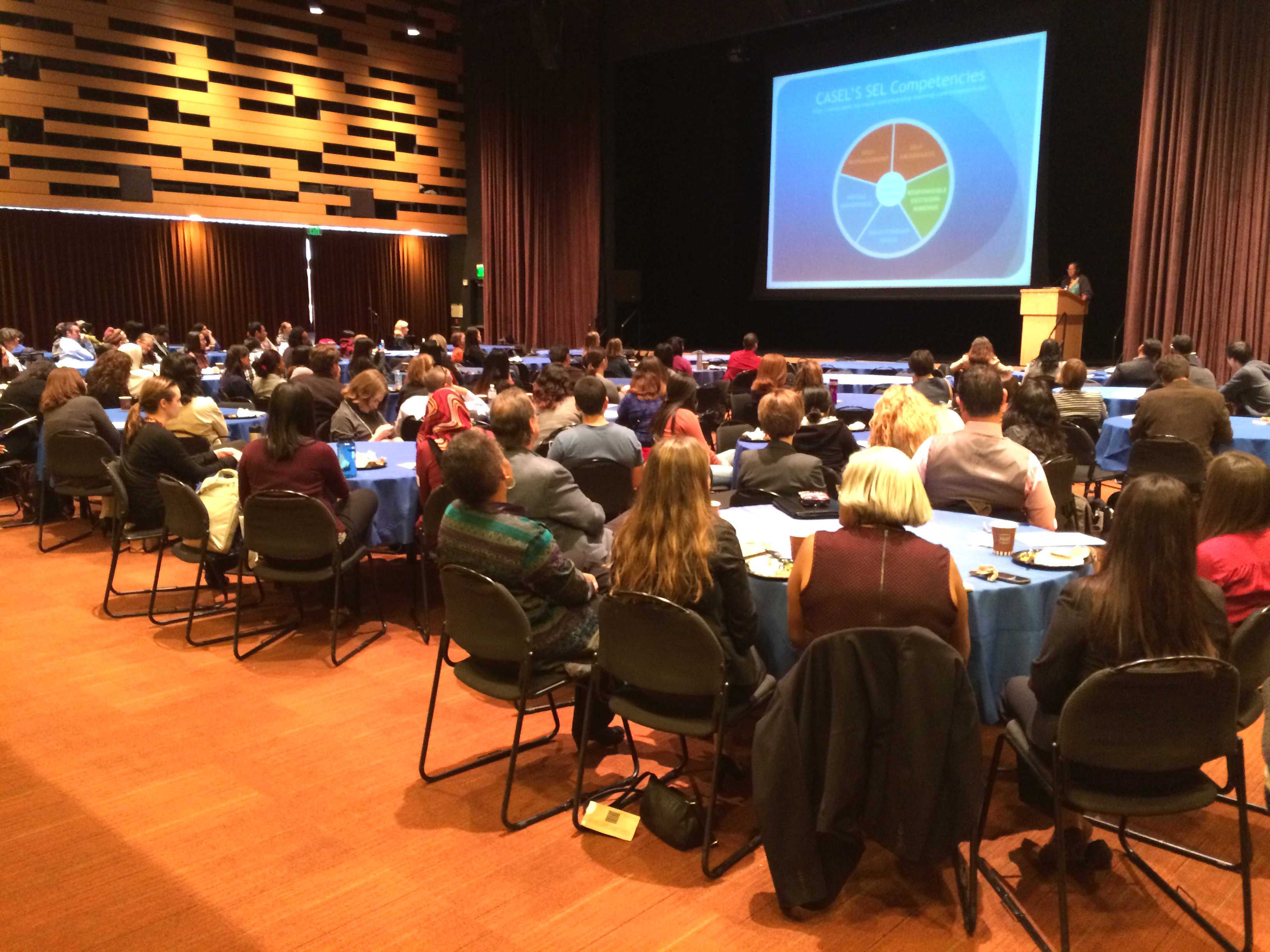 Students and staff come together to create the ideal classroom setting.

UCSD prides itself on consistently being ranked in the upper tier of public universities for a variety of academic measures. But recently, the university has been taking steps to make sure that it excels in areas other than academics. This past week, UCSD held its second Teaching Diversity Conference, which aspires, as stated on its website, to “explore, identify and develop student-centered pedagogy and practices with an aim toward building a more inclusive campus environment.”

Attendees of the conference — primarily students, faculty and interested community members — were given the opportunity to choose between a variety of panels and guest speakers to hear from.

The event was held in the Price Center, with three shifts of six or seven sessions at a time in various locations in 75-minute increments.

Any inquisitive student (and there were quite a few) who wandered into the Eleanor Roosevelt Room between 9:45 a.m. and 11 a.m. would have witnessed the Leadership and the Classroom Experience panel, wherein current undergraduate students interning at the Campus Community Centers discussed their experiences working with other students inside and outside of the classroom setting.

Other seminars, such as “Embodied Physics: A Partnership Between Physics, Art, Dance and Cognitive Science to Address Learning Barriers in Physical Science,” took a less traditional approach. One session was titled “A Plea For Laughter: Comedy for Oppositionists and Others,” and featured UCSD professor of ethnic studies K. Wayne Yang leading a discussion on how standup comedy can serve as a way to explore social issues for students of different backgrounds.

The keynote speaker was Dr. Shari Saunders of the University of Michigan, an expert in creating classroom environments conducive to learning for students from multiple backgrounds. Saunders’ expertise as a member of the National Advisory Committee of the National Conference on Race and Ethnicity in American Higher Education makes her one of the most respected voices in her field.

“You must ask yourself,” Dr. Saunders said, “where are you in terms of readiness as individual instructors or students to handle the demands of the discussion of the topic of diversity?”

Saunders went on to discuss the importance of teachers, students and faculty members working together to create an inclusive classroom setting. Although her speech had the highest attendance of any event, with almost 100 audience members present, the rest of the sessions had very solid turnouts as well.

Sarah Schneewind, a professor of Chinese studies here on campus, told the UCSD Guardian that she attended the programs throughout the day to gain more insight into the campus issues facing not only Chinese students, but underrepresented African-American students as well.

“It’s difficult when you get a class of 200 students, like many of mine, where there is only one black student. The black student has to repress his or her individuality and take on the role of spokesman for the black race,” Schneewind said.

Schneewind added that it’s important to make the campus a more comfortable environment for minority students in order to facilitate retention of more of these students on campus.

“It’s easy for students to show up to campus and look around and say, ‘There’s no one else like me here. I don’t belong here,’” she said. “We need a diverse population on campus here in order for people to think correctly, regardless of their race. Our pursuit of truth cannot be complete without diversity; that’s just how the world works.”

She was glad to hear from Executive Vice Chancellor of Academic Affairs Suresh Subramani in his opening remarks that efforts are being made to make minority students feel more at home.

“It’s unfortunate that I only get three hours a week for 10 weeks to work with my students and I don’t get rewarded for working with students — I get rewarded for my research,” Schneewind said. “It’s hard for me to help students adapt to the culture here, especially when I have hundreds of them in each class that I teach. It’s promising that Chancellor Khosla, Vice Chancellor Subramani and the rest of the faculty are working to get smaller classes and consistent advising for minority students.”

Judging by the continued large attendance throughout the day, the event will likely remain popular among UCSD students and faculty, especially once word spreads to others who couldn’t make it this time around. According to co-chair of the conference, Edwina Welch, and Muir College Provost John Moore, the plan going forward is to continue hosting the event on a biannual basis. Regardless of when the next time is, events like this are bringing the campus closer to achieving the ideal learning environment for students of all backgrounds.