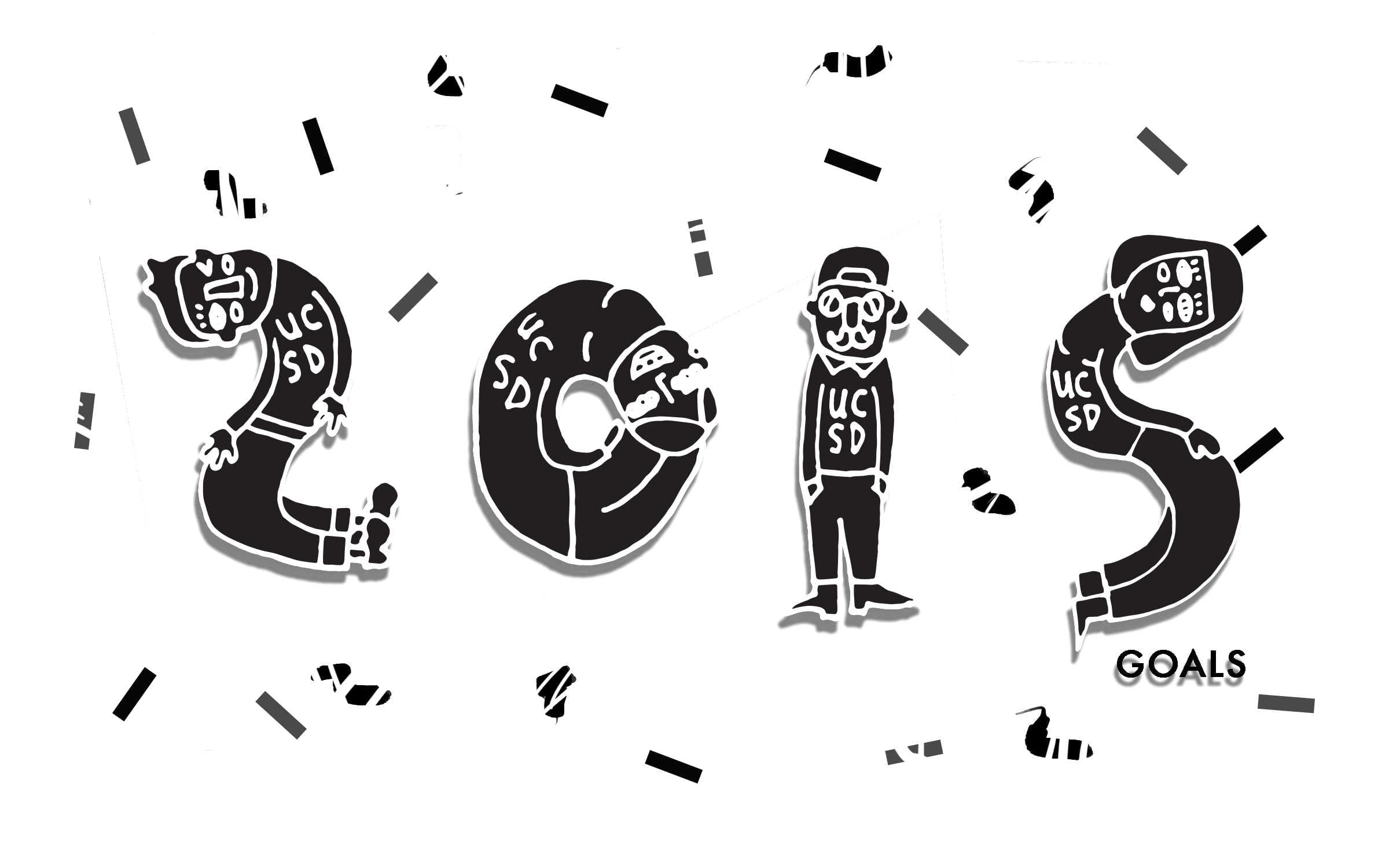 The UCSD administration made major changes to some of its policies last year. And while we appreciate many of the steps, here’s what we’d like to see in 2015.

First off, we at the UCSD Guardian would like to wish all our readers a very happy New Year. Without your support, we would not be a successful organization, and, for that, we would like to thank you. As 2015 begins, we have compiled a list of sorts of the various goals that we hope UCSD as a campus community can accomplish together in the coming months.

We do have to acknowledge that the current UCSD administration has made steps toward positive changes on a number of issues that we previously editorialized. Among these things are an upcoming campus lighting audit, changes to the general education curriculums for many of the residential colleges and plans to add additional parking structures near what is currently the Regents parking lot.

However, this is not enough. There is still a wide variety of problems that has yet to be addressed which either affect the campus as a whole or touch a majority of the undergraduate student body.

The first of these is the lack of proper upkeep to the general infrastructure of our campus and its facilities. In a prior editorial, we discussed the poor lighting around many parts of UCSD, which we believe has contributed to an uptick in campus crime rates. As mentioned before, the administration is taking steps to remedy this by implementing a campus lighting audit that will survey the status quo and try to come up with solutions. We hope that this will be followed through and have tangible effects before campus safety is further compromised.

But just addressing the lighting is not enough. There must be more attention paid to overcrowded residence halls, many of which have freshmen living in double rooms that were meant to be singles and triple rooms that were meant to be doubles. Aging lecture halls need updating, and as the campus grows, the administration must also address the need for more parking. We called for the addition of more centralized parking structures in a previous editorial, especially where there are currently flat lots, like in Muir College. Adding more parking in the Regents area, as the administration is currently doing, will be helpful, but it is still inconvenient for both undergraduate students living on campus and commuters to make the trek from the far reaches of that lot.

We also hope that 2015 will bring further discourse and better solutions to the current tuition problem. We wrote before that neither the plans proposed by the California State Senate or the UC Board of Regents are particularly enticing. We still believe and hope that open conversations between lawmakers, UC administrators and student representatives will continue until a solution is found that will not disproportionately hurt the students of the system and California taxpayers, while continually lining the pockets of high-ranking administrators.

Finally, we hope that one of the administration’s new year’s resolutions will be to become more transparent to the student body. In the past couple of years and especially this past Fall Quarter 2014, students have been kept in the dark and blindsided on a number of issues. These include the closing of the Che Cafe collective and Porter’s Pub, both of which were central to campus cultural life and the music scene at UCSD. Porter’s Pub was closed because its lease expired, and while the University Center Advisory Board discussed the details of the lease with the college boards and A.S. Council, far more input should have been taken from the general student body for its replacement. The murkiness surrounding Sun God Festival 2015 is also an example, with students lacking timely updates about what the future of the cherished UCSD music festival holds. Lastly, there was supposed to be a Starbucks built in the Price Center spot formerly occupied by Cafe Roma, but a large portion of the student body has not heard a peep about it since the original plan was discussed.

As far as general transparency goes, our biggest wish is that administrators would simply talk to the student body it is serving. There would definitely be far less backlash against their policies, especially on issues like the co-ops and costs of education, if they were more willing to inform students and other affected members of the UCSD community and then allow for well-publicized forums for input.

The common response to complaints of our aging infrastructure and tuition hikes is that there is simply a lack of funding. Our rebuttal to that is that it is up to Gov. Brown, the UC Regents and the administrations to find the funding without exploiting students and keep the UC system well-maintained and accessible in all ways — now more so than ever.

The issues outlined above might fall under the category of “lofty goals,” but we hope that 2015 will be the year that the UCSD administration and community will rise to the challenge and make headway on issues that have plagued us for far too long.