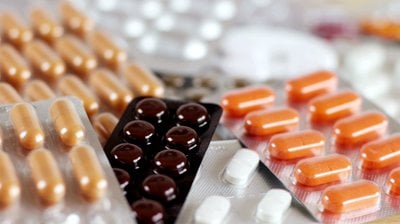 The director of Partners in Medication Therapy talks about the recent launch of meducship.org and the program’s goal to educate students about taking medications responsibly.

Prescription drug abuse is overlooked but dangerous, constituting the second most abused drug group in adolescents. In 2008, prescription drug abuse killed more people than heroin and cocaine abuse, according to the National Institute on Drug Abuse. At UCSD, drug abuse is on the rise. In 2012, there were 25 reported drug law arrests and 588 reported accounts of drug law discipline, a significant increase from the 16 reports of arrests and 94 reports of discipline in 2010.

“People don’t realize [prescription drug abuse] is even an issue,” Partners in Medication Therapy Director of Medication Therapy Management Services Sarah Lorentz said. “As it turns out, [society is] using more and more prescription drugs, and that includes opiates and other kinds of drugs. People don’t realize the drugs interact with one another.”

Lorentz heads a new group from the Skaggs School of Pharmacy and Pharmaceutical Sciences, called Partners in Medication Therapy. PMT partnered with the UC Student Health Insurance Plan to create the MTMS program. According to the American College of Preventive Medications, only around 51 percent of Americans read drug facts labels before taking their medications. PMT seeks to help people to understand how to responsibly use prescribed medications and understand the consequences of mixing these medications together. As a part of this program, PMT launched a website called http://mededucship.org in January to provide important and certified information about prescription drug abuse and its dangerous consequences.

The project started with UCSD as a pilot program and plans to branch out to other campuses that also use UCSHIP, namely the Hastings College of the Law, UC Irvine, UCLA, UC Merced, UCSF and UCSC.

In addition to statistics on prescription drug abuse, the website also features information on the interactions between various drugs and foods and how to understand drug facts labels. It links visitors to apps that can help them with managing pill consumption on a regular schedule. In order to get more traffic on the website and gain a larger audience, PMT has opened up weekly contests since February to quiz visitors on information posted on the site. Each weekly contest winner receives a $25 Amazon gift card. As of now, the website targets college students, a group that has become increasingly susceptible to prescription drug abuse, as indicated by a skyrocketing in abuse statistics — a 343 percent increase in abuse of opioids like Vicodin and OxyContin and a 93 percent increase in abuse of stimulants like Adderall between 1993 and 2005, according to the Clinton Health Matters Initiative.

“[Drug abuse can] start in college and could get worse in a very short time, ending in death and serious types of conditions,” Lorentz said. “We just want to make sure we’re getting the info out to students and thinking about the best ways to reach out to the student population.”

PMT hopes to prevent such problems from building up by emphasizing awareness about the issue of prescription drug abuse and its consequences, namely the risks of addiction and the interactions between different drugs.

“Just because a medication is a prescription drug doesn’t mean it’s safe for anyone to take,” Lorentz said. “That’s why [PMT is trying] to teach people responsible use of medicine through their college years and their whole lifetime.”

Students who want more information about substance abuse can also consult the UCSD Student Health Center. The Counseling and Psychological Services also provides counseling for students with drug-dependency problems and can be reached at 858-534-3755.