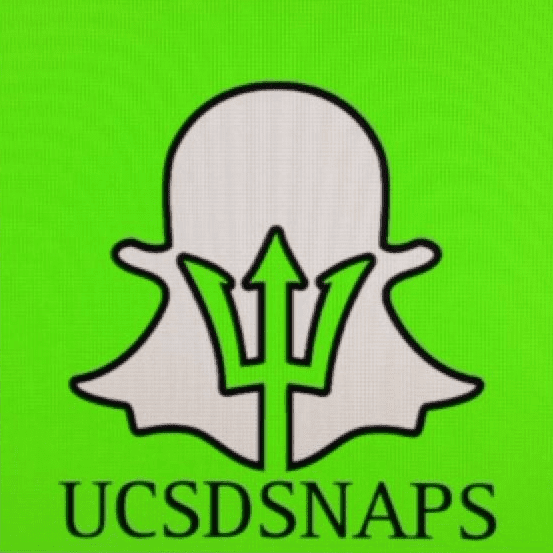 The creator of UCSD Memes and UCSD Confessions talks about his newest Facebook page, UCSD Snaps, which shares students’ snapchats with the campus community

A bra hanging on a tree and a penis drawn in the sand — these are just two of the many images posted on the UCSD Snaps Facebook page, which was launched on Feb. 6 by an anonymous UCSD senior, who, for the purposes of this article, will be referred to as “John Smith.” Smith also founded the popular UCSD Memes and UCSD Confessions pages. In fact, Smith started UCSD Snaps at the suggestion of a girl on the Confessions page.

Smith responded through the UCSD Confessions account a day later and said, “you mean this?” Below was the link to the newly created UCSD Snaps.

“I started UCSD Snaps [to foster] unity and social collaboration [at UCSD],” Smith said. “Collaboration leads to perspective, which leads to innovation. Some of the biggest inventions and platforms, such as Facebook and Snapchat, were based on collaboration.”

Unlike UCSD Memes, where Smith primarily generates the majority of the memes himself, UCSD Snaps is fueled by student submissions. Students either send photos through Facebook messages to the page or send them over through Snapchat to the username UCSDSNAPS.

Most pictures received are posted, except for those that Smith deems as showing illicit activities or those which people message him about with legitimate concerns. Smith also tries to avoid pictures that are too personal, usually those which show people’s faces. He makes certain exceptions, though.

Common themes in the received snaps include Geisel, numerous references to weed, though Smith does not post these, food and scenic views. Some of the most popular snaps include one snap of a student with an orange peel in his mouth, saying, “This is more fun than hum reading.” Another is a picture of a Peet’s Coffee & Tea sign which says, “You haven’t had enough coffee until you can thread a sewing machine while it’s running.” Another snap showed black birds, possibly vultures, circling in the cloudy sky. The caption reads, “Something died. My GPA.”

The page, which has almost 2,000 likes and 250 posted snaps at the moment, is still ramping up; Smith receives about 30 snaps through the Snapchat account a day. At this point, UCSD has a long way to go before it achieves the success of UCSD Memes and UCSD Confessions, which have nearly 9,000 and 10,000 likes, respectively.
“One thing I really like [about UCSD Snaps] is that it’s like a ticker,” Smith said. “It’s like the news; I have updates. One morning, I got like seven snaps talking about how foggy it was. By the time I got to campus, it wasn’t foggy, but without [UCSD Snaps], I wouldn’t have known it was foggy. It’s like having a lot of eyes watching out for things.”

The snaps that he’s received so far, along with the posts he has overseen on the UCSD Memes and UCSD Confessions pages, have helped Smith to gain a better understanding of the UCSD campus.

“Our campus is very diverse,” he said. “I get snaps that represent all sorts of people. I get snapshots of people that I wouldn’t get otherwise without being their friend. I get to peek inside their lives.”

As Smith is graduating this year, he hopes to maintain the pages he started from a distance with help from a team of students that is already helping him to run UCSD Memes and UCSD Confessions. However, in taking a more backseat position in the management of the pages, Smith feels he will lose his unique connection with UCSD.
“If I don’t run the pages, I won’t be as in tune with UCSD,” Smith said. “Sure, I can read The Guardian. Sure, I can go on [UCSD Snaps, UCSD Memes and UCSD Confessions] later, but I’m not getting the raw version. I’m getting the filtered version, because usually only half the snaps get posted. I wouldn’t be able to see UCSD in its ‘rawness’ — stripped down.”