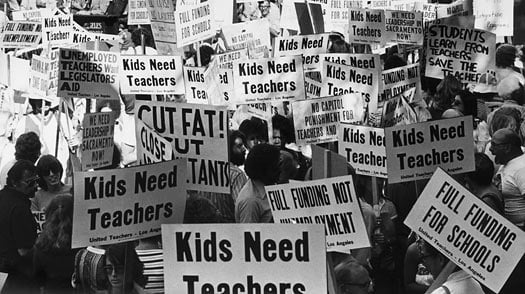 Almost 50 organizations from around the state have formed a coalition to actively campaign for reforming California’s Proposition 13. These reforms would bring an additional $6 billion in commercial taxes to ease the UC system’s budget deficit. The movement is currently spearheaded by the University of California Student Association, a campus-wide advocacy and student governance group.

Proposition 13 is known officially as the People’s Initiative to Limit Property Taxation and was passed in 1978. It effectively froze annual real estate taxation to 1 percent of a property’s assessed value. This value could only increase by a maximum of 2 percent a year until the property changes ownership. At that point, a new base-assessed value would be assigned, which generally increases through the years. The measure was intended to lower strain and unpredictability for homeowners.

However, according to the UCSA, major companies like Wal-Mart and Chevron have heavily exploited the law because they have technically never changed hands. This means that they are still paying the same 1975 tax levels as when the proposition first passed. Due to this alleged loophole, the state is losing out on at least $6 billion in tax revenue every year.

On its official Fund the UC webpage, UCSA said that the effects of Proposition 13 exacerbates California’s economic crisis and negatively impacts the UC campuses as budget cuts and tripled tuition rates take their toll on students.

According to their website, the UCSA and its allies are pushing for a ballot initiative in 2016 to amend Proposition 13. They seek to remove the cap on commercial property taxes to restore the $6 million of funding back into California and the education system. Since 2011, they have called on all UC students to organize in support of Fund the UC. Efforts include educational sessions and a postcard campaign at UCSD to raise awareness for reforms.

The UCSA, founded in 1968, has dedicated itself to upholding California’s Master Plan for Higher Education and fighting for the “access, affordability and quality of UC education,” in accordance with its mission statement. Along with Fund the UC, its other projects include IGNITE, Fossil Free UC and Proposition 30 campaigns.
A.S. VP External Affairs and USCA Board of Directors member Vanessa Garcia could not be reached for comment.