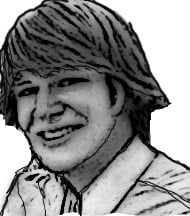 Russia implemented a law last July banning homosexual propaganda, a law that exposes lesbian, gay, bisexual and transgender people to harassment and validates violence against them. The legislation has broad ramifications and establishes an official culture of homophobia in Russia. The Sochi Olympic Games have brought this policy to international attention, and people worldwide are rightfully shocked by the hatred that is shown toward LGBT people and activists in Russia. Americans should show solidarity toward Russian LGBT people and boycott the Olympic games.

The law bans people from representing straight and gay relationships as socially equal, which criminalizes neutral information about gay relationships in public media, including the Internet and newspapers. A Russian journalist was charged by a Russian court for publishing an interview with a schoolteacher who was forced to resign for being gay and was quoted as saying, “My very existence proves that homosexuality is normal.” A law preventing speech about homosexuality is endorsing hatred toward them. If one criminalizes declaring homosexuality normal, one must believe that homosexuals are unnatural, and a public policy justifying this view only fuels societal hatred toward LGBT people.

According to Human Rights Watch, Russian government officials, journalists and celebrities have publicly called LGBT people perverts, abnormal and repeatedly correlate homosexuality with pedophilia. This is an inaccurate and dangerous message to be spread by influential public voices and therefore, should garner international public dissent. The Olympic Charter specifies that the role of the International Olympic Committee is to encourage the promotion of ethics in sport and oppose any political or commercial abuse of athletes. Russia is hosting the 2014 Winter Olympics and should be exemplifying these values but instead represents just the opposite. With international attention focused on Russia, the next few weeks are a ripe opportunity to communicate to the Russian government that discriminatory policies will not be tolerated.

Authorities reportedly turn a conspicuously blind eye to abuse against LGBT activists. In an interview with the UCSD Guardian, Igor Kochetkov, the head of the Russian LGBT Network, says most homophobic violence is not reported. A study by the network found that of the 20 cases that had been reported recently, four were investigated and one resulted in a court case. Russian law does not outlaw discrimination against gays, so this outcome is expected. Additionally, if Russia doesn’t allow positive information about LGBT people to be circulated, there is no way for its LGBT youth to know that the way they feel isn’t a disease or a moral flaw.

Homosexuals are not forbidden from attending or competing in the Olympics, but they are forbidden from exhibiting pride for their identity or acting in protest toward a national policy that deplores their existence. This law can lead to more repression and persecution of homosexuals in the future, and Russia should not have the support of the civilized world.

One thought on “Reprimand Russia for Prejudiced Policies”