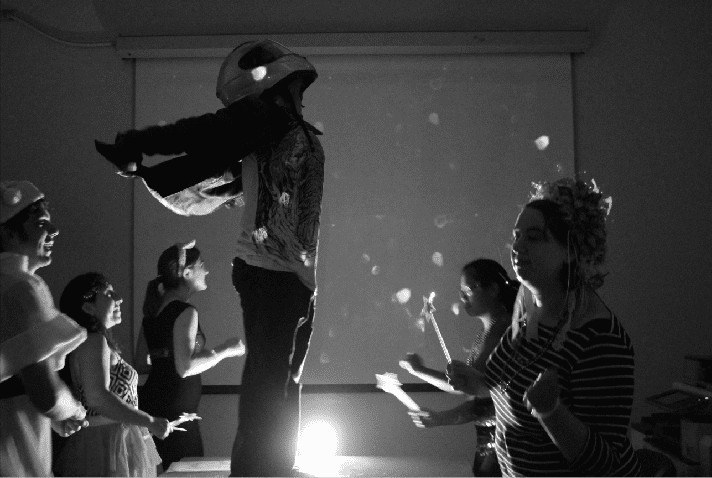 For some, Daft Punk’s “Get Lucky,” featuring Pharrell Williams, is beyond overplayed — but “Get Data,” a song parody produced by UCSD’s graduate neuroscience program to promote the annual Society for Neuroscience Meeting in San Diego, offers a fresh take.

“Graduate students [in 2011] decided to make a music video parodying Lady Gaga’s ‘Poker Face,’ but it was ‘Poster Face,’” graduate student Ethan McBride, who worked on this year’s music video and lyrics, said. “And I guess it’s becoming a tradition.”

By the third day “Get Data” was uploaded, it had already passed the 17,000-view count of “Poster Face.”

“A couple people even came up to Ethan and asked, ‘Are you that guy in the video?’” graduate student Ashley Juavinett said. “I think our social was well attended in part because of the video. In general, it was good publicity for our program.”

The video impressed by showcasing the fun side of a serious graduate program.

“One of the YouTube comments [said], ‘Now I want to go to UCSD for grad school,’” McBride said.

The neurosciences program proved its point with “Get Data”, which put the graduate students’ antics, editing skills and musical talent on display.

“Our program has a good reputation for being a very social program where people have interests outside of science, such as making videos or music,” Juavinett said.

UCSD’s neurosciences program is a family that you can’t find anywhere else. Besides working hard to collect data, they are also experts at having fun.

“I think we really do have a good community at UCSD for neuroscience, and I think this video is a really good demonstration of that,” Juvanitt said. “There [are] some other [graduate] programs that I can’t see getting together on this video — it was definitely a team effort with many people.”