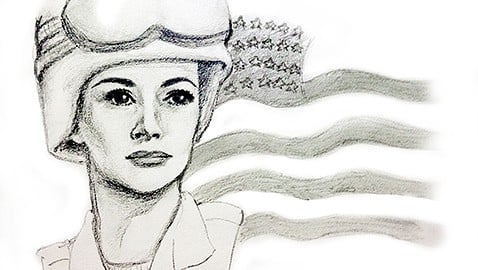 The U.S. Armed Forces’ plan to integrate women into special operations units is a much-needed shift toward true gender equality in the military

Sixty-five years have passed since the approval of the Women’s Armed Services Integration Act, permitting women to seek permanent status in the military. Now, as of Jan. 21, the United States Armed Forces will make moves toward integrating women into elite positions in special forces divisions of the military such as the Navy SEALS, the Army Rangers, or the Green Berets to begin as early as 2015.

Given the rapid advances in women’s rights within the last 50 years, full integration of women into the military will serve as one of the final steps on the path towards much needed occupational equality for women, but also as a first move towards achieving genuine gender equality in the military.

Although there are questions regarding the number of women who will be able to meet the physical demands, such capacity seems to be a minute concern for some military officials. Former SEAL officer Cade Courtley agrees that there are women with the physical and psychological prowess for the job, but questions the wisdom of adding “an element into the most elite special forces that could cause it to be less effective.” Female physical competence, then, seems to fall somewhere at the bottom of a list of concerns, trumped by reluctance toward change. However, skepticism is no cause for refusal of equal opportunity.

In a nation where gender roles are an implicit and explicit part of the culture, breaking down the metaphysical barrier between male and female seems absurd, but only because we have been branded with gender stereotypes straight from the get-go. American culture has focused more on gender differences than on similarities, nurturing gender stereotypes from the moment a newborn leaves the hospital with either a blue or a pink blanket. Karen Davis, professor of neuroscience at the University of Toronto, asserts that typical views of women in combat have “been strongly influenced by socio-cultural perspectives flowing from an exclusively male-oriented warrior framework or at least the assumptions underlying it.” A link rather than a barrier between genders would allow for less unnecessary divergence. Although such unspoken laws are now being challenged, the idea of gender equality in the military is still fresh with the deep-set existence of gender roles in our country, which ultimately serve as a crucial factor to women being viewed as incompetent or unfit for comb standards.

Unfortunately, it took something as serious as sexual assault to ignite the process of change. Chairman of the Joint Chiefs of Staff Gen. Martin E. Dempsey shed light in January on the reasoning behind the decision, stating that the continuous problem of sexual harassment in the military may be due to an imbalanced position dynamic, declaring: “When you have one part of the population that is designated as warriors and another part that’s designated as something else, [the] disparity begins to establish a psychology that in some cases led to that environment.”

This rationality is valid, but nothing new. The infamous prison experiment conducted at Stanford University in 1971 by psychology professor Philip Zimbardo, in which 24 men were placed in a simulated prison environment, shows the adverse effects of bestowing power to a select group of individuals that would otherwise be considered equals. The planned two-week experiment was brought to a screeching premature halt due to horrific behavior inflicted by the group of men labeled guards on to those labeled prisoners. Zimbardo concluded that it was the situation — not the individuals themselves — that caused the behavior. Although Gen. Dempsey’s logic of power dynamics is sound, the integration of females into these elite positions should not be as a result of maltreatment. Rather, permitting women to contend for these spots should be a means to restructuring the gender paradigm toward equality.

The transition to full integration may be slow at first and the step seemingly small, but it is the last step toward women becoming fully included in the military, which is a significant accomplishment for our country. Future daughters will no longer be notified that they do not have the option of becoming a Navy SEAL or an Army Ranger, and as females grow into the field of Special Forces, both men and women will learn to adapt accordingly, taking a step forward toward equality rather than a fall backward to segregation.