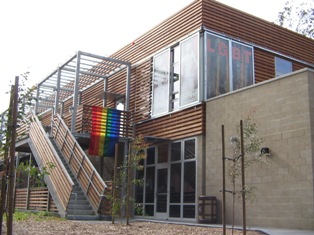 Students from UC San Diego will be able to provide their preferred names and pronouns in the university data system, starting spring quarter of 2019. This policy is a way to improve inclusion and respect on campus by treating cultural and gender identity of every student respectfully.

The email announcement sent out by the Office of the Chancellor states that “Following UC San Diego’s Principles of Community, preferred names and personal pronouns ensure we are able to address students respectfully and appropriately.”

According to the UC San Diego Principles of Community, UCSD “acknowledge[s] that our society carries historical and divisive biases based on race, ethnicity, sex, gender identity, age, disability, sexual orientation, religion, and political beliefs. Therefore, we seek to foster understanding and tolerance among individuals and groups, and we promote awareness through education and constructive strategies for resolving conflict.”

According to Dr. Shaun Travers, the Campus Diversity Officer and Director, this policy also aligns with California’s Gender Recognition Act, which legally supports the accurate sexual identity of every person.

“Having the person’s pronouns that they want to use gives them respect and honor for who they are in terms of their gender identity,” Dr. Travers said.  “It deeply communicates inclusion and respect.”

In the past two years, Dr. Travers has brought together students from the trans and non-binary community and listened to their voices, which enables him to translate their needs into policies at the institutional level.

Apart from Dr. Travers, the implementation of this policy has also been the effort of Vice Chancellor Becky Petitt, Executive Vice Chancellor Elizabeth H. Simmons, the Chancellor’s Advisory Committee on Gender Identity and Sexual Orientation Issues and the Gender Recognition Act and Steering Committee.

Gavin Granitto, a third year student from Muir college who identifies as a queer trans man, says that he was excited to hear about this new policy.

“When not using a name that is a lived name or a person’s name that they go by now, it is invalidating their gender identity or multiple aspects of their identity,” Granitto explained.

When sharing his personal experience of identity, Granitto said “something finally felt right” when he started using he/him/his pronouns.

“When people would try to use my birth name or she/her/hers pronouns to actively not use my pronouns or the name that I am going by, it was really hurtful and invalidating to my identity,” Granitto told the Guardian.

The impact of this new policy is not limited to the trans or non-binary community.

According to Dr. Travers, it also makes an impact for people “who don’t want their legal names used because people mispronounce it all the time.”

The change in preferred names and pronouns will show up in rosters as students go to classes for the quarter following the update. However, there are still worries about how this policy will be carried out in day-to-day life. Granitto is worried whether professors with personal biases will follow it and what would be the push-back.

“It’s the first step in the door,” Granitto said. “It doesn’t completely fix our problem about changing names on campus or pronouns awareness on campus because we still need them on ID cards. I think this is a great step in the direction.”

Students can change their preferred names and pronouns through the social identities link under “Personal Tools” in their MyTritonLink website.