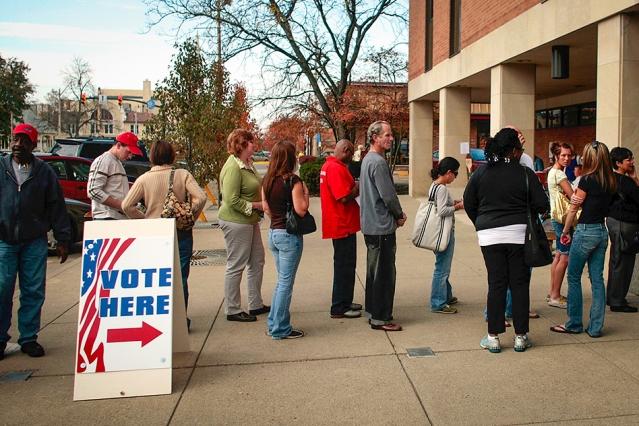 written in collaboration with Rebeca Camacho

UC San Diego saw an immense growth in registered voter turnout during the 2018 U.S. midterm elections. On Nov 6, students in UCSD’s 8 voting precincts went to the polls to choose their next governor, a U.S. senator, five U.S. House Congress members, and many other local and state legislators. The electorate also got to vote on various propositions.

The grassroots initiatives on campus leading up to voters casting their ballots also garnered significant attention in bringing young voters to the polls. The campaign by non-partisan Student Organized Voter Access Committee — organized by the UCSD undergraduate student government’s Office of External Affairs of the Associated Students — in conjunction with UCSD student activism prevailed in registering college students this election cycle.

The “Get Out the Vote” campaign of UCSD’s student activist organization, CalPIRG and that of its members worked to promote voter participation among the student population.

The CALPIRG Statewide Outreach Coordinator and Sixth College student Sophie Haddad explained to the Guardian how the results of this election’s voter turnout came as a result of a comprehensive incorporation of calls to action.

Haddad specifically cited legislation such as the “National Voter Registration Act of 1993,” or “Motor Voter Act,” and the “California Students Vote Project” and “Ballot Bowl” competition created by the California Secretary of State in partner­ship with the California Lieutenant Governor as providing a platform for more innovative approaches to increasing voter registration.

“This election cycle really shows us the need for young voters to make their voices heard and elect individuals who care about our issues,” Haddad said. “It is so important to use this momentum to excite college students to register and vote.”

The overall rise in the UCSD voter turnout rate and net totals were, in great part, a referendum to President Donald Trump in his past two years in office. Moreover, greater media coverage of the midterm elections galvanized more people to get to the polls.