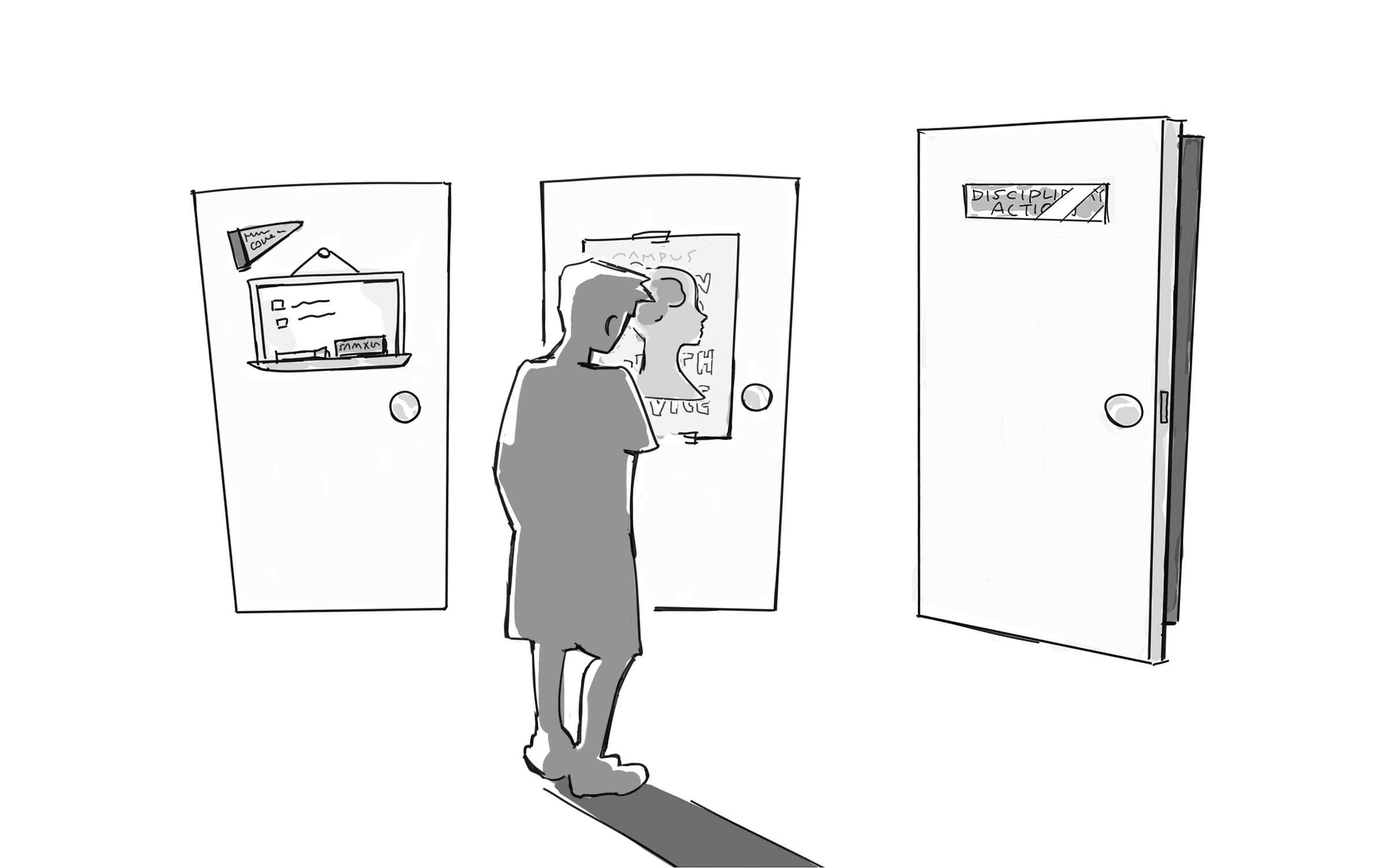 When it comes to discussing mental health, less is never more.

Last spring, when Northern Michigan University student Katerina Klawes sought counseling from the university after being sexually assaulted, less is what she received. According to the Foundation for Individual Rights in Education, administrators specifically urged her via email to “refrain from discussing these issues with other students” and insisted she must not share her “suicidal or self-destructive thoughts” with peers. Five months later, as similar emails began to circulate online, The Miners’ Journal reported that administrators admitted that as many as 30 students per semester were sent similar emails. Between the emails, the call from students to end the silence-coercing policy, and the university’s recent announcement of a new mental health services task force, it took more than a year for administration to restore its student body with the basic right to reach out without consequence.

There is no context in which jeopardizing students’ speech rights and endangering their lives is either reasonable or necessary. Despite UCSD’s own shortcomings in accessible mental health services — waiting times as long as four weeks, low faculty-to-student ratios, a lack of diversity among CAPS staff — such an outdated policy seems foreign to this campus. Welcome Week presentations included CAPS staff informing students of counseling available on campus; calls for improving mental health services had their place across A.S. Council candidates’ platforms during last year’s election. Additionally, psychologists took to a tent last year as students were encouraged to fill out a questionnaire, have a Krispy Kreme donut and receive their own mental health consultation.

At the same time, knowing these services exist is not the same as having access to a campus-wide discussion on mental health.

When a Sixth College student committed suicide last year, days passed with the student body remaining unaware of the incident or confused about what happened. The problem lies not with what announcement was made but instead with the type of dialogue that emerged as a result. Although a forum was held soon afterwards to engage students in a dialogue wherein they were encouraged to be speakers and listeners on the subject of mental health — roles that NMU students were explicitly prohibited from taking — it was small, unpublicized and insufficient.

UCLA’s two-year-old All of Us campaign exemplifies a type of program that can bring thorough, multifaceted discussions of mental health to the forefront. By involving students, faculty and campus organizations like the V-Day Movement and the Muslim Student Association, students were presented with a large but still personal discussion. By addressing more invasive mental illnesses as well as minor stressors, students were invited to discuss things from across the spectrum.

Mental health is clearly a significant factor in students’ academic success and life. Even with broader strides, like the UC Office of the President’s announcement to increase funding for mental health services from $40 million to $58 million by 2018-2019, the freedom to reach out without explicit threat from administration is something that UCSD students — unlike NMU students — have. Nonetheless, there is a need and an opportunity for a more widespread effort to address the entire spectrum of mental health.