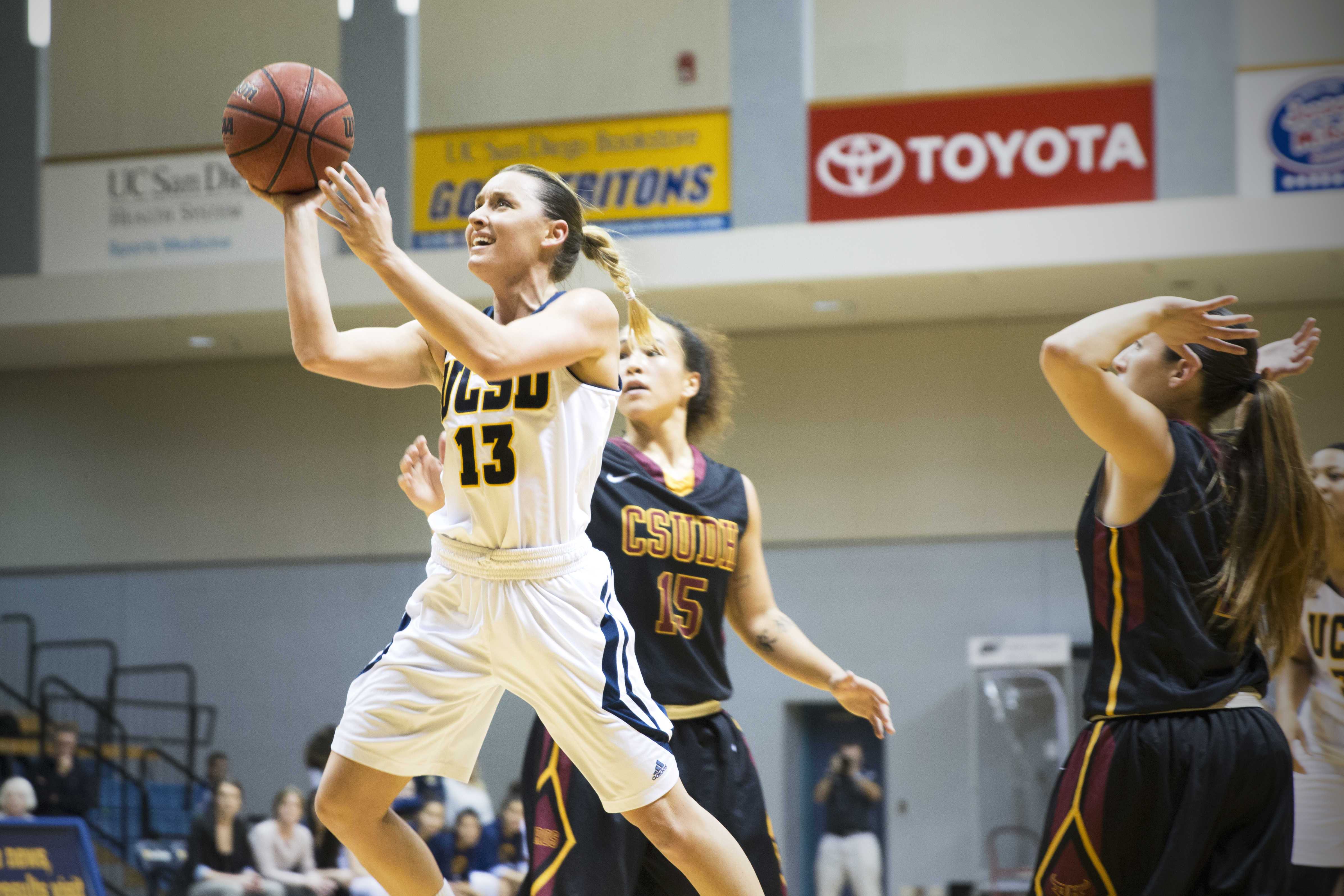 UCSD matched its best win streak of the season with seven, and stand at 21–3 overall and 16–2 in conference play, good for second in the CCAA behind only Cal State Dominguez Hills.

UCSD earned an early 19–15 lead after the first quarter. Despite Cal State San Marcos cutting the margin to one in the second half, UCSD started to open up the game and outscored San Marcos 19–8 to finish the half.

The Tritons never looked back after the half, building up their lead and outscoring the Cougars 27–16 in the third quarter. From then on, the Tritons just cruised with a 28-point margin to a convincing 84–56 win.

“[We’re] very excited about our great team effort tonight,” UCSD Head Coach Heidi VanDerveer told UCSD Athletics. “I thought that we came out and had tremendous pace to our offense. We got out and got some easy baskets.”

Senior guard Jamie Katuna continued her amazing season, scoring a game-high 17 points to go along with four assists. Senior forward Farrah Shokoor had 14 points and 16 rebounds, good for her 14th double-double of the season. Junior guard Beth Mounier had 14, redshirt sophomore guard Taylor Tanita scored 12, sophomore guard Paige Song had a career-best 10 and freshman guard Joleen Yang also contributed with 10 points. Song had a perfect game shooting the ball, hitting 5 for 5 shots for her first double-digit game of her career. She led a Triton offense that shot 57.9 percent (33–57) from the field and 50 percent (9–18) from behind the three-point line.

UCSD has dates with San Francisco State on Feb. 26 and Sonoma State on Senior Night, Feb. 27, to close out the season.