At the County of San Diego Independent Redistricting Commission hearing on Tuesday, Sept. 28, several UC San Diego students called for redistricting UCSD out of City Council District 1, which includes communities such as La Jolla, University City, Torrey Hills, Torrey Pines, and Carmel Valley. The students called for the inclusion of the campus in a new, majority-AAPI (Asian-American and Pacific Islander) district community with Clairemont Mesa, Mira Mesa, and Sorrento Valley.

In their public testimony and letters, the activists argued that the UCSD community does not have much in common with La Jolla and other communities within District 1. A One-Page Guide on SD Redistricting 2021 compiled by Associated Students AVP of Local Affairs Aidan Lin states that “La Jolla dominates the political sphere of District 1, cutting out student needs, i.e. affordable housing, to prioritize their own.” 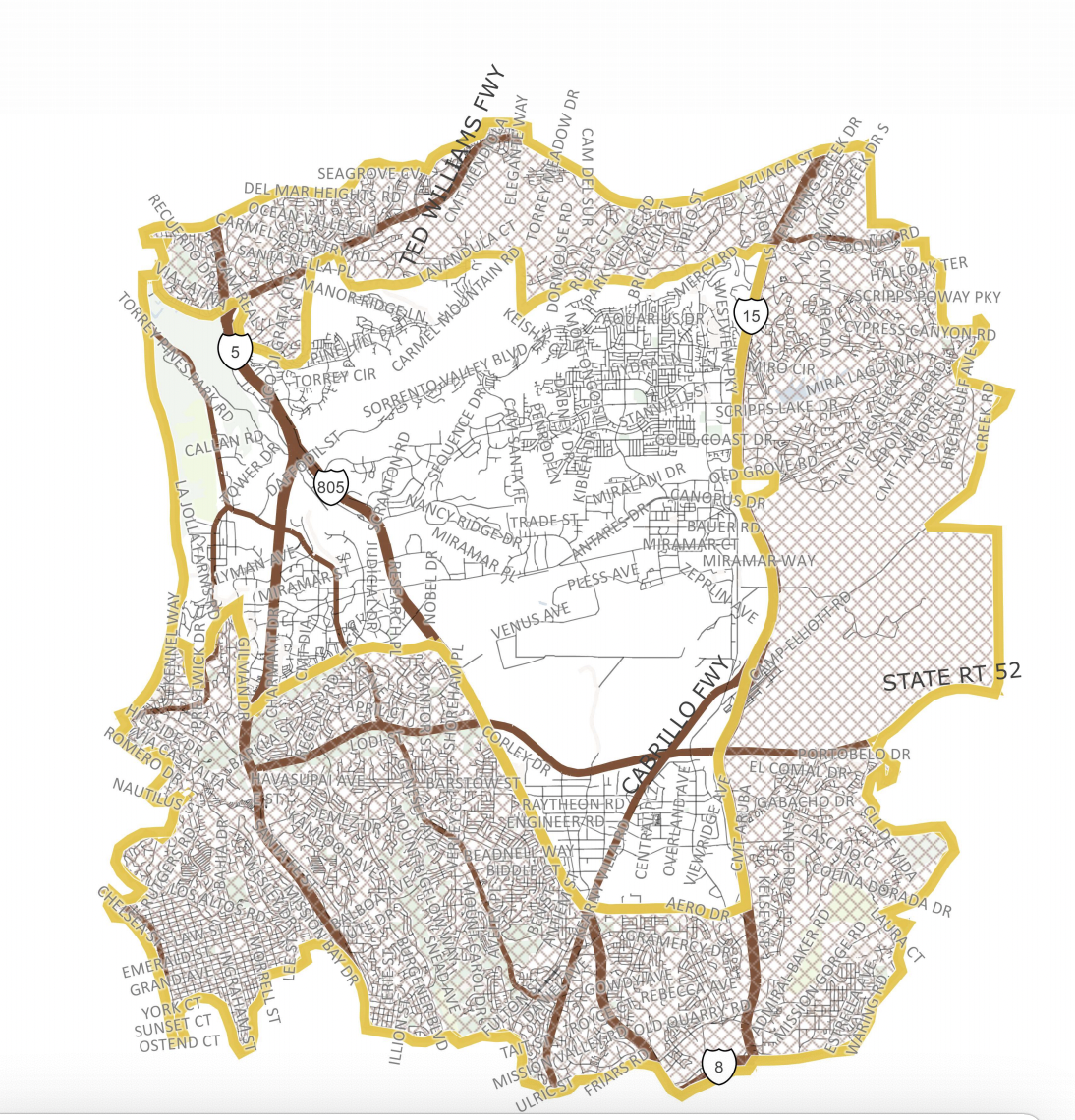 Lin said in an interview with The UCSD Guardian that differences in housing priorities are a major issue.

“If you go south of campus, there will usually be some single-family housing,” Lin said. “[People in La Jolla] have different demographics. The people who live there usually have different priorities over students. Not everyone has that opinion in mind. But based on my experience surveying planning groups and city planning groups, there is a pretty strong bloc opposed to higher [population] density, [and] therefore opposed to affordable housing. And it’s very hard to challenge that.”

On the other hand, many students have also chosen to live in places like Sorrento Valley and Mira Mesa over La Jolla because of the relatively cheaper housing price. For leisure, many students go to Convoy Street, the heart of San Diego’s Asian community, which is filled with popular restaurants, grocery stores, dessert shops, karaoke, and nightclubs.

The redistricting process, which occurs every 10 years, redraws the nine San Diego City Council district boundaries to ensure fair and equitable representation in each district. As the Redistricting Commissioner Roy MacPhail explained, redistricting is necessary to reflect movements in population.

“Our task is to use 2020 Census data to evaluate the nine existing City Council districts and to re-draw those boundary lines to make sure each district contains about one-ninth of our city’s population,” MacPhail said.

According to the California Statewide Database 2020 Census data, the average population number divided by nine districts is supposed to be 154,432, while there are 166,655 people in the current District 1 so far — 12,233 more than the target number, the largest positive population deviation in San Diego. On the other hand, District 6 contains 152,358 people, slightly lower than the target number.

Another factor that activists mentioned in their calls to redistrict UCSD was demographics and a desire to better represent San Diego AAPI’s.

“We have a large percentage of students that are AAPI,” Lin said. “This diversity and AAPI focus met itself better with District 6, which is an AAPI-empowerment District. That’s the kind of diversity and shared interests of students to really speak up and get support.”

According to Statistical Atlas, the majority of citizens in La Jolla are older (56.1 percent aged 40+) and wealthier ($116.9k median housing income) relative to the San Diego population. A majority of the community is white (79.3 percent).

Cynthia Suero-Gabler, a board member of the Asian Pacific American Coalition, said that by adding communities like Carmel Valley and UCSD to District 6, the population of AAPI’s in District 6 would increase from 35 percent to 42 percent.

Alexandra Fung, a freshman political science student at UCSD, argued at the meeting that increasing the number of AAPI’s would also expand political representation for the community, therefore offering them a pipeline to higher office.

However, a number of voices argued that the way District 1 is currently set up is already beneficial. Kathryn Burton, an attorney with the San Diego City Attorney’s Office said that Torrey Hills and District 1 were bound for 30 years.

She argued that the school, neighborhood, and recreation facilities in the District were already a complete system that serves community interests.

“Separating Carmel Valley and District 1 is like separating twins at birth,” Burton said in the public commission hearing.

Lin responded that University City was also meant for the interests of student groups and that these interests aren’t acknowledged in District 1.

“It is not only about empowering AAPI groups, but also making students’ voices truly heard,” Lin commented. “Before students’ voices are heard, we’ll never find a solution implementing within the La Jolla area. And that’s one step to our larger problem.”

The redistricting commission will continue its weekly meetings over the next three months and it has a deadline of Dec. 14 to approve a final report. If interested in providing comments, students are encouraged to attend the commission’s public hearings or to submit a form with the Office of the City Clerk.

Art credit to Nicholas Regli of The UCSD Guardian