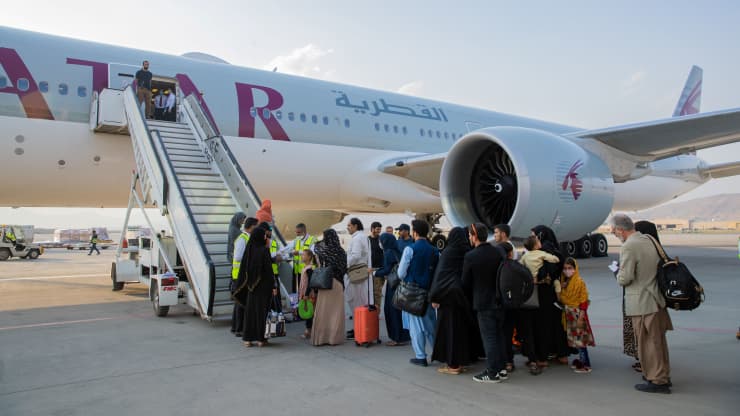 Several families hailing from the San Diego area remain stranded in Kabul, the capital city of Afghanistan. An Afghan UC San Diego student talked to The UCSD Guardian about her work with UCSD faculty and U.S. government officials to help free fifteen of her family members who are stranded in Afghanistan.

On Aug. 15, the Afghan Islamic militant group known as “The Taliban” recaptured the capital city of Afghanistan, Kabul. The collapse of Afghan military resistance over the summer led to tens of thousands of Afghans and American citizens residing within the country attempting to flee the country within the span of a few weeks.

Among these refugees were family members of UC San Diego student Nabila*, who shared the story of her family’s encounter with the Taliban with The Guardian.

Nabila and her parents were born in Kabul, Afghanistan and immigrated to the United States when she was young. Her family lived in Afghanistan for a significant portion of their lives up until the recent resurgence of the Taliban throughout the nation. Nabila’s family was caught amidst the panic and fled to the international airport at the end of August.

“My family was going through an extremely traumatic experience,” Nabila said in an interview with The Guardian. “My family left their homes, possessions… everything that they had.”

Upon arrival at Hamid Karzai International Airport, many Afghan citizens were denied access to U.S. aircraft departing from the tarmac because they lacked passports or visas. As a result, some determined individuals clung to the sides of departing planes and eventually fell to their death on the tarmac.

On Aug. 27, a suicide-bomber attacked the Hamid Karzai International Airport. The attack resulted in the deaths of 90 Afghans and 13 United States military members. Among the members killed was Sacramento-raised U.S. Marine Nicole Gee, a soldier who was overseeing the evacuation of the Kabul airport and aided citizens — including Nabila’s family during the evacuation.

“My heart is really bleeding for her family,” Nabila wrote with regards to Gee. “I wish that I could meet them one day to let them know how brave their daughter was, and how she was a superhero that helped many people like my sister … I can’t believe that someone this pristine, a US Marine, led to so many people being saved. Her name will definitely ring out.”

During this period, Nabila said she contacted hundreds of United States officials, pleading for help in her family’s extraction. Only a few responded to her inquiries, including but not limited to Bryan Lee, Armita Pedram, Rep. Mary Gay Scalon (D-PA 5th District), Kevin Mott, Catalina, and UC San Diego’s Sarah Clevell Storer and Uson Loressa. These are individuals who Nabila sincerely wants to thank for helping her in the process of her family’s evacuation.

“I didn’t eat or sleep,” Nabila stated, referring to the time when her family was being extracted from Afghanistan. “But these people volunteered to help my family — they were just helping me as a human. I can never forget what they have done for me.”

Nabila’s family struggled to make it past the Taliban checkpoint set up at the Hamid Karzai International Airport. Nabila stated that the militant group wanted to keep as many Afghan citizens as possible from leaving the country.

Her cousins, sister, brother, and mother had visas, which made fleeing much more difficult. Nabila said that her mother was attacked by the Taliban when they discovered her citizenship status.

“As she was trying to get into the airport, she was trying to show her passport,” Nabila said. “During the attack, they found out my mother was a U.S. citizen, so she got beaten by the Taliban. My mother’s health is still not stable and she is in one of the hospitals in Virginia.”

Though the group pledged to let people travel freely throughout the country, the Taliban have been preventing citizens from fleeing the country throughout the duration of their comeback. Earlier this month, four chartered planes failed to leave the Kabul airport for varying reasons. One anonymous Afghan official reported that it was because local authorities were still deciding whether or not certain citizens had the correct paperwork to leave.

On the tarmac itself, the militant group has exerted violence upon those fleeing. In late August, a former Afghan interpreter for the United States, “Jack,” witnessed the violent physical assault of women in particular at the hands of the Taliban, shortly after the bombing of the Kabul Airport.

Afghan women have suffered injustice at the hands of the Taliban Regime. According to Professor Abdur Rahman I. Doi, the Professor and Director of the Center for Islamic Legal Studies at Ahmadu Bello University in Zaire, there is no inherent difference between men and women regarding their fundamental relationship to Allah in Islam. Both men and women were able to pursue eternal life and were cherished in their own right.

However, when the Taliban rose to power in the late 1990s, it adopted a much more narrow interpretation of their religion compared to the rest of the Islamic world. Women were not allowed to walk the streets without a burqa nor alone without a male blood-relative, and were forbidden from wearing clothing akin to high-heeled shoes.

The Taliban also denied women the right to pursue an education, and women were generally excluded from public life. The group also closed women’s universities and coerced the majority of women to drop their occupations. An estimated 50,000 Afghan women had no source of income during the period.

Though the group has promised otherwise, recent statements from the Taliban indicate that women will fall under similar circumstances during their recent resurgence. A spokesman for the group, Zabihullah Mujahid, advised women to temporarily stay within their homes until they have “a new procedure” for male soldiers to follow, as many of them have not been trained to not hurt women within Afghanistan.

“There is a question I always ask,” Nabila said. “If they are really following Islam, and Islam says that all humans are born to be free and be free all the time, do they really follow Islam and Qur’an? They should read that book. Why are they trying to control our moments when women are humans?”

The Taliban claimed that it was acting in the best interests of women through such measures during their initial occupation, citing that women could be “happy” within the bounds of Sharia law while maintaining modern civil liberties.

The higher education minister of Afghanistan, Abdul Baqi Haqqani, laid out new policies permitting female education at gender-segregated universities on Sept. 12. The minister claimed that the Taliban didn’t want to “turn back the clock 20 years.” However, the initiative used to evaluate subjects being taught in female universities is based in Sharia law and local cultural tradition, similar to the harsh fundamentalist rule imposed in the late 20th century.

Nabila has proudly fought back against that initiative by not only attending UCSD but also by founding a fundraising campaign on GoFundMe to buy Afghan women and children food and other emergency necessities while living in uncertainty.

Additionally, the Afghan Student Association at UCSD is offering immediate assistance to afflicted scholars through a crowd-sourced fundraiser. The fundraiser is called the “Afghanistan Scholars at Risk Postdoctoral Fellowship Fund” and it seeks to aid Afghan academics at-risk in light of the Taliban-takeover that occurred last month.

Displaced scholars hailing from Afghanistan are encouraged to come to UCSD for temporary academic shelter on campus. Scholars are also permitted to continue their research through this fund.

The Afghan Student Association says this is “a way to preserve the future of higher education in Afghanistan, which might otherwise suffer significant setbacks from the persecution, imprisonment and deaths of such individuals.”

For inquiries regarding the ASA fundraiser, they should contact Tom Smith Tseng, senior executive director of development of international and campus initiatives. He can be reached at [email protected] or (858) 822-3955.

Editor’s Note: Nabila wishes to withhold her last name to maintain a degree of anonymity for the safety of her family.