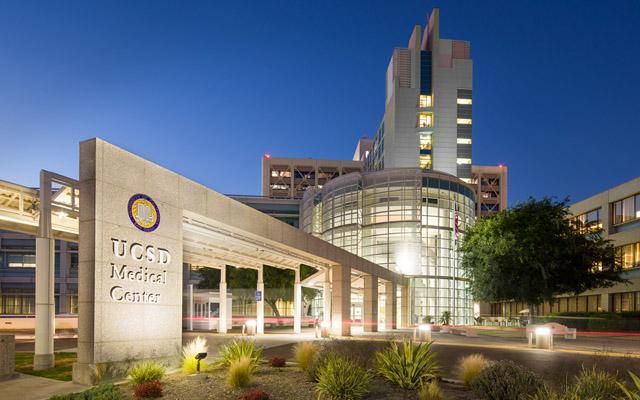 An online petition put on by the United Students Against Sweatshops Local 94 is demanding that UC San Diego Health reinstate two Black employees, Tamara Totten and Ashley Brunson, after they received notice that they were being laid off in June 2020. The petition accuses the layoffs as being racist, as they followed Totten’s filing of a discrimination report with HR in April 2020 and Totten’s meeting with the Director of Population Health and HR in May 2020.

The letter specifically demanded that the CEO of UCSD Health, Patty Maysent, rescind the layoffs and rehire Totten and Brunson. In addition to the petition, the page includes an email outline so that those concerned about the matter can send it directly to Maysent. At the time of this article’s publication on Dec. 3, the petition had over 940 signatures collected out of the goal number of 1,600.

Brunson was unable to interview with The UCSD Guardian.

In an interview with The Guardian, Totten attributes her experiences with discrimination as a Care Navigator in the Population Health department to the arrival of a new supervisor. The issues culminated in a scenario where the supervisor accused Totten of being intoxicated at work.

“Mind you, she never had any conversations enough with me to know maybe how my demeanor is or maybe how she would know how I am in the morning compared to the afternoon as a manager,” Totten said. “So one particular day, she decides to have a five-minute meeting with me, and in this five-minute meeting, she came up with the conclusion that I came to work drunk. She went and told our director that she felt that I was intoxicated. So, when the director calls me in and asks me how I’m feeling and everything, […] she said, ‘[The supervisor] felt that you was impaired because you didn’t understand nothing she was saying.’ I was like, ‘How did she come up with that conclusion?’ and I repeated back to her everything she said to me.”

“It was a lot of back-and-forth like that to where, it was like I said, I ended up having to call the doctor ‘cause one day I just sat in the office and I just cried,” she shared. “Come 1 o’clock, I’m totally lost, I don’t know what direction to go in and I’m not thinking straight anymore after 1 o’clock. It got really bad for me.”

Totten’s layoff came two days after she returned from illness-related time off and was told it was due to budget cuts. Before this, when Totten met with HR to file a discrimination complaint, HR suggested holding a meeting with Totten and her supervisor.

Totten was hesitant as she suspected she would face retaliation for such a complaint.

The layoff significantly impacted Totten’s life, as what started off as relief from being away from the tumultuous work environment turned to concern.

“As the time went on, it became more or less that I knew I was gonna have problems finding a job,” Totten said. “My frustration came to the point [where I realized] my age and my color was gonna stop me from getting a job anytime soon. I’ve lost my medical, I can’t go to the doctor, and like I said, I’m not old, but I’m not young either. My stress level is still high because it’s coming to that point now where it’s — my unemployment is running out and I still have no job and I have bills to pay.  I just try to take it one day at a time because I can’t get too stressed out because I have no medical and I can’t allow myself to get stressed out to whereas I’d probably end up having a nervous breakdown or having a stroke or something.”

Totten is fighting against her layoff alongside Tanya Akel, Field Director from Teamsters Local 2010, which is the Union representing Totten and Brunson.

“What I’m seeing with the layoffs of Ashley and Tammy is just despicable,” Akel said in an interview with The Guardian. “So out of over 30 employees that we represent in this department […], they were the only two Black women — the only two Black employees — and they were not the least senior, and the process for how they should’ve been laid off was not followed correctly, and so we filed five grievances, we filed an unfair labor practice charge.”

“Tanya — I can’t say enough about Tanya,” Totten shared regarding her time working with Akel. “I call her my hot red pepper. She is feisty and — she’s my hot pepper.”

As Field Director, Akel is working to get the womens’ layoffs rescinded by filing grievance complaints against the University.

“Since she’s covered by a Union, whenever there’s a violation of our contract, Union employees have rights that no other employees have that specifies how things are to be done,” Akel said. “And if they’re not done in accordance with the contract, then we can file what’s called a grievance. So, we have filed grievances for not complying with — for laying them off, even though they weren’t the least senior. We filed a grievance because we believe they discriminated against them. We filed a grievance because they kept a private contract employee that’s not Black — she’s doing Tammy’s job instead, so that was another grievance. Those are all violations in our contract article.”

According to Akel, the grievances are ongoing due to the fact that UCSD has stated that the layoffs may not have strictly followed the outlined processes, but has yet to offer solutions.

Akel sees a lack of substantive action from the University, which has outlined their efforts to support diversity, equity, and inclusion.

“We’re in a moment of a movement for Black lives, so for the University and for the Chancellor to all say, ‘Yes, we support inclusion, diversity, and we stand in solidarity with Black lives,’ and yet in their own institutions, they cover up, they turn a blind eye, they don’t address, they ignore, they perpetuate, they allow — that is a problem that we cannot sit still for,” Akel added. “These are two women that have families, that have children, that have grandchildren, that are good employees, and should be kept as UC San Diego Health employees. There’s no reason that they should continue to be laid off.”

In light of her fight to get Totten and Brunson’s layoffs rescinded, Akel sees a broader message sent to the UCSD community.

“Signing the petition, writing the head of the Health Department, writing the head of HR, writing the Chancellor — that’s the real solution, ‘cause it’s not just about Ashley and Tammy, it’s about all of the other Black employees and it’s about all of us having an environment where we’re consciously addressing discrimination and doing something about it,” Akel said. “So that’s even more important than grievances and legal and lawsuits and all of that kind of stuff.”

Eleanor Roosevelt College senior Greyson Sims is a member of USAS and is working to garner student awareness for the fight to rescind the layoffs of Totten and Brunson.

“I think it’s important to see how much the University kind of blatantly does racist things like this,” Sims said. “This was a particularly egregious, obvious case […]; this is just the tip of the iceberg basically. […] The most important takeaway is that there’s a lot more, but hopefully, the University will start now with rescinding the layoffs of Tammy and Ashley.”

The UCSD Black Student Union added the USAS’s petition to their Linktree, which Sims believes helped garner attention and support for the cause.

“They’ve shared it, and so that got a lot of signatures,” he said. “Definitely the Black community at UCSD — Black students — are aware and see that the University hasn’t done anything [and that] they would do this in the first place.”

“Once the petition got around 700 signatures, I sent them all to Patty Maysent,” Sims furthered. “Outside of that, they haven’t commented yet. I did sign up for a — there was the [UC] Regents meeting, and I signed up for public comment, and I don’t think anyone was able to talk about it because they only have a certain amount of people give comments, so they didn’t happen to want to hear me speak.”

Maysent did not respond to The UCSD Guardian’s request for an interview.

To Totten, the support that she has seen from the UCSD student community means a lot.

“The word needs to get out there,” Totten said. “It’s not just gonna take me and Tanya. So, it really needs to be brought to awareness some kind of way, so whenever I talk to any of you students and everything, it’s like you guys are awesome. I really appreciate it. […] I feel lucky, and it also helps me to know when I have you guys and Tanya in my corner, it gives me a little bit more ease. Because it’s like, I might have no job or whatever, but the awareness is coming out there about UC San Diego and how they treat their employees, which makes me feel even more better.”

Jacqueline Carr, Executive Director of Communications for UCSD Health, provided The Guardian with background information regarding the layoffs through email correspondence; however, the university does not comment on the employment statuses of individuals.

“The reasons for the layoffs were multifactorial but all rooted in the financial reality of the health system in 2019. Driving factors were primarily challenges with reimbursements and rising costs of operations, all later exacerbated by the pandemic,” Carr wrote. “Due to these reasons, UC San Diego Health made the incredibly difficult decision to lay off 72 employees early this year. In addition to layoffs, a number of cost-cutting measures were implemented including department restructurings, elimination of vacant positions, reductions in time, and a hiring freeze.”

Carr went on to say that UCSD Health did its best to support employees who were laid off during this period.

“As an institution and as individuals committed to the caring and health of others, we did everything possible to assist our staff during that time,” Carr continued in the email. “Employees who were laid off were offered guidance throughout the transition including career development support and, in some cases, the identification of alternative employment options.”

Totten hopes to attract awareness to her struggle and the discrimination she faced in her time with UCSD.

“I know this could never happen, but […] let someone know what a lot of the UCSD employees are going through,” Totten said. “It will really be heard then. So, like, I just still feel that word — it’s spreading the word.”

As of this writing, Totten and Brunson have not been reinstated by UCSD Health. The UCSD Guardian will continue to report developments as they occur.