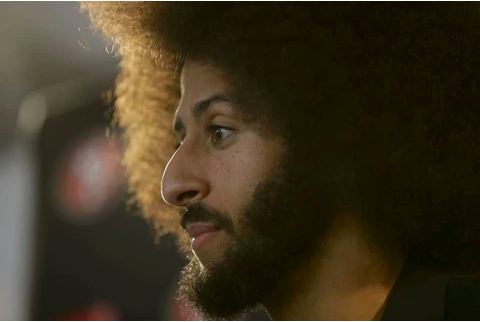 Just days after George Floyd was tragically killed by a Minneapolis police officer, nationwide protests and unrest has flooded streets, cities, and even reached the White House. This is not the first time an innocent African American has been murdered by a white police officer or racist white person, and it is not the second or third. Over the past decade or so the devastating killings of black people have unfortunately been brushed aside and received no justice or punishment, even as media coverage has seemingly increased.

We do not have to go back more than a few weeks to remember when Ahmaud Arbery was brutally hunted down and murdered. Eric Garner, Tamir Rice, Botham Jean, Philando Castile, and Breona Taylor are also all African Americans who were murdered in cold blood — this list could go on and on.

Many have seen the heartbreaking footage of Floyd being suffocated to death pleading for help as white officer Derek Chauvin knelt on his neck. It is gut-wrenching, disgusting, and uncomfortable to watch.

The first step towards progress is letting these issues sit with us until we all feel the pain. Can you imagine losing a loved one, or a family member in that manner? No matter the color of your skin, we are all human and there is no justification for taking a life like that.

With all the racist and devastating murders of blacks in the past decade, the cries for help, change, and justice have become merely unheard voices. Back in 2016, quarterback Colin Kaepernick began kneeling during the national anthem to protest this ongoing police brutality and the mistreatment of black Americans. He received sharp backlash from many including the President who suggested the NFL get “that son of a bitch off the field”. Following the 2016 season, Kaepernick has essentially been blackballed from the NFL and since then has not signed or played a single snap in the league. This embodies the problem within our country. The NFL, owners, and much of society did not listen to his message, and the league wanted no part in assisting this systematic racism issue. They told him he could not protest in the way he did, politicized his argument, made it emotional, and in doing so completely missed the point he was making.

Fast forward to today, where we have protests and riots taking place in cities across the country. Many citizens who enable this racial injustice, however, are calling for our nation to protest peacefully, asserting violence and rioting is not the way to go about solving the problem. Vice President Mike Pence shared this sentiment this past Friday when he took to Twitter to condemn “violence against property or persons” and claimed, “we [Trump’s administration] always stand for the right of Americans to peacefully protest and let their voices be heard.”

However, during the 2016 season, when Kaepernick was kneeling every game to peacefully protest police brutality and racial injustice, Pence was in attendance and made a scene by marching out of the stadium before the game even started. After the game, Pence said, “I left

today’s Colts game because President Trump and I will not dignify any event that disrespects our soldiers, our flag, or our national anthem.”

Kaepernick is right and always has been. Pence and all that clash with Kaepernick’s protest are simply not listening, and either do not want to have constant reminders of the systematic racism that exists in America or are just flat out racists themselves. Many in America are criticizing the communities protesting, yet they have not listened to their voice and pleas for justice over the past century. What else can African Americans do to make themselves heard?

The NFL kicking Kaepernick out of the league is an example of why injustice still occurs every day in America. Any reminders or evidence of the mistreatment of blacks and people of color are suppressed by the public and brushed off as a daily occurrence in many privileged communities.

We cannot continue to allow this to happen. We need these reminders to enable all people and all races to feel this pain and let it boil within us to truly make us angry and motivated to fix the injustice of human rights that is and has been going throughout our country. Sometimes you have to cut the grass to find the snakes. It is time for change; it is time to cut the grass.

One thought on “The Tale of Two Knees”