A group of UCSD students gathered on Library Walk in solidarity with protestors in Hong Kong on Friday, October 4. Months of mass protests have been taking place in Hong Kong after Beijing enforced greater control over the special administrative region of China with a list of five demands to the Chinese government.

Protestors in Hong Kong have chosen to wear masks to prevent the use of police facial recognition technology. In response, the city’s Chief Executive, Carrie Lam, issued a sudden prohibition on masks which went into effect last Saturday. This prompted more protests, both on the islands of Hong Kong as well as around the world, including Friday’s protest at UCSD.

Below are a series of photos and quotes captured by UCSD Guardian photographer Lauren McGee. Quoted UCSD students include Rachel Tan, Charmmy Lee, and Alvin Lo. 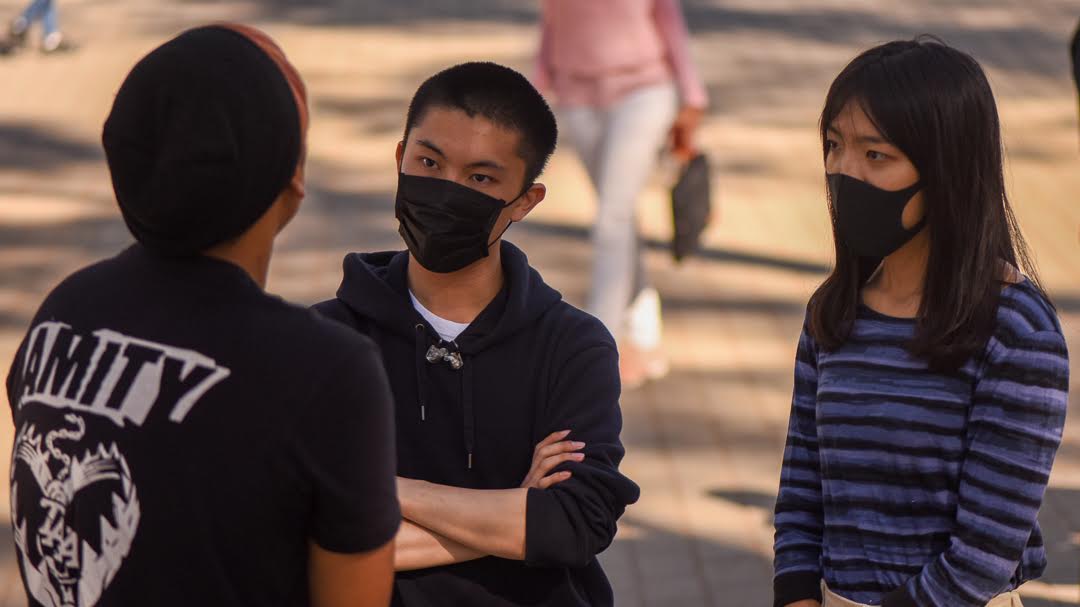 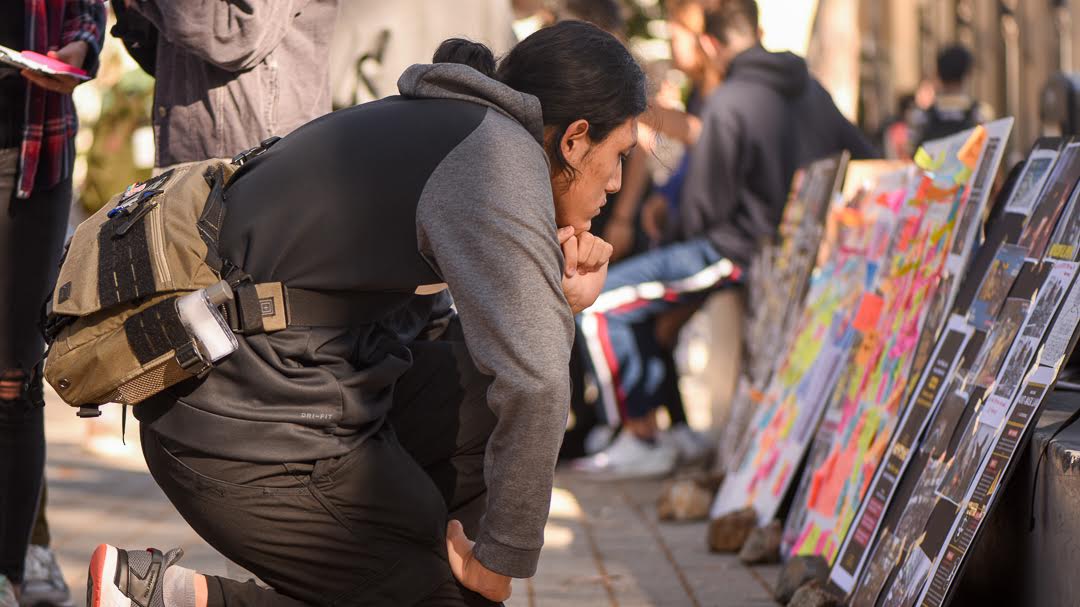 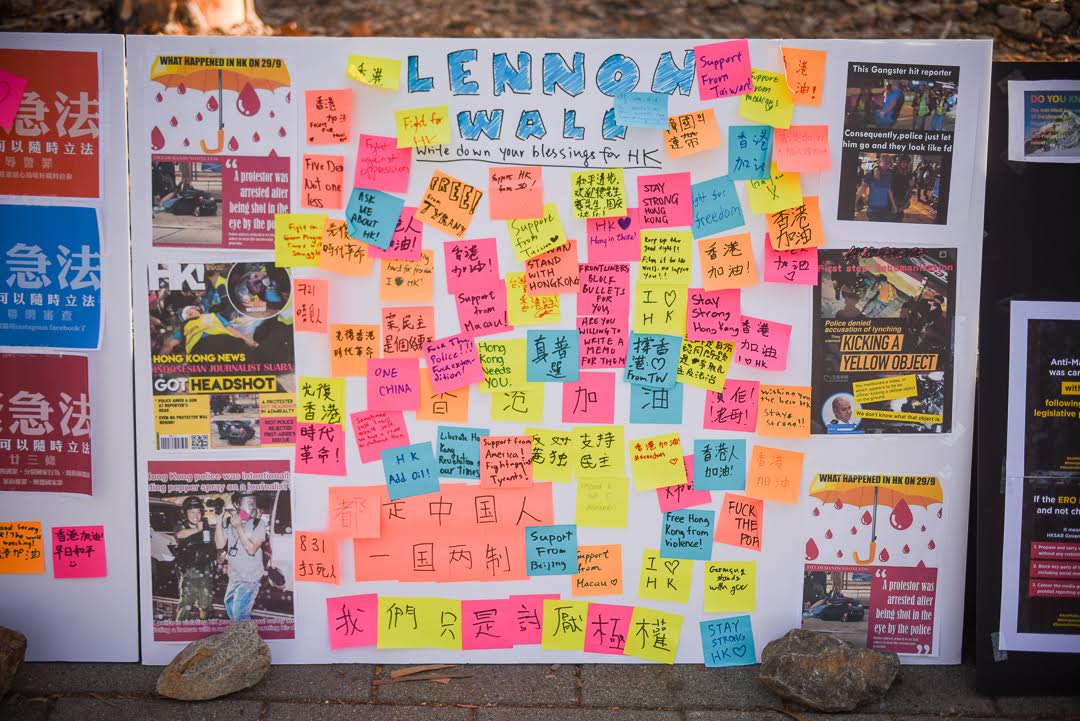 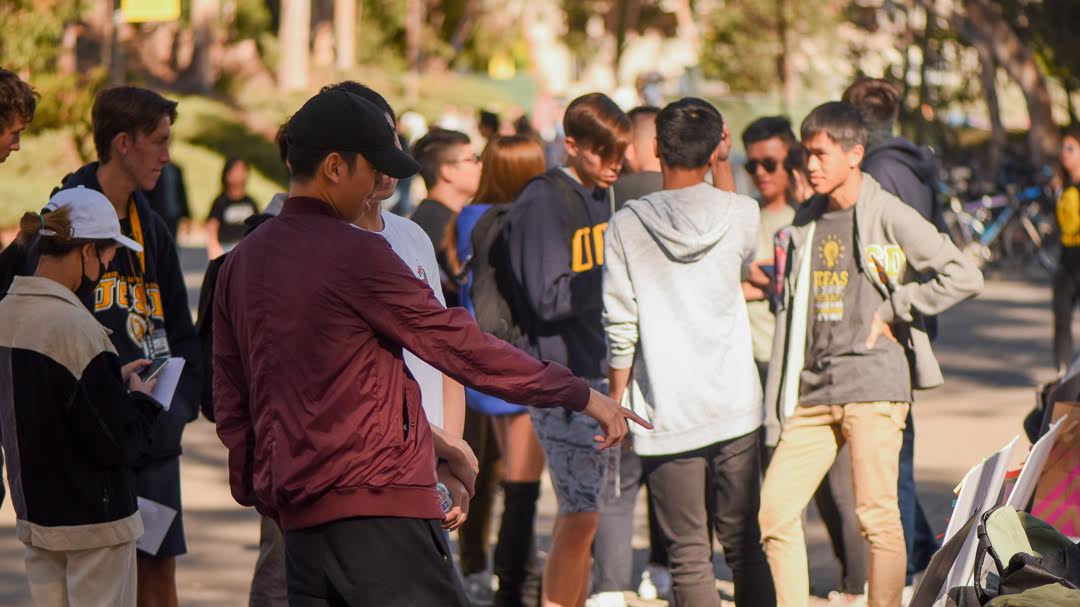 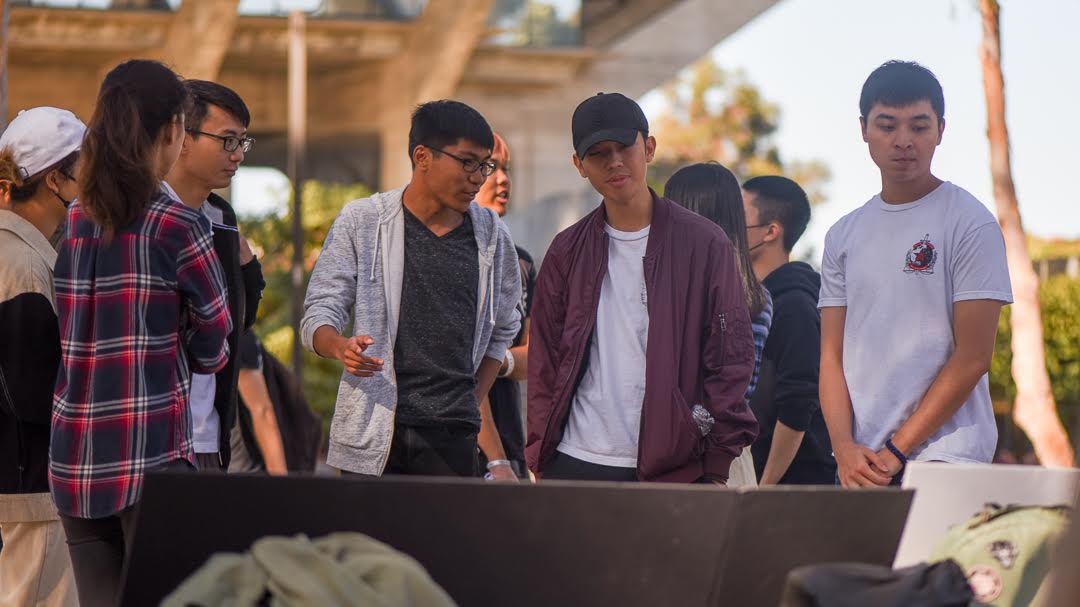 “It’s more like [we’re providing] a discussion and education to people. Most [students] are aware of [something] in Hong Kong, but they don’t know what’s happening there. It’s about fighting for freedom, democracy, and justice.” – Alvin