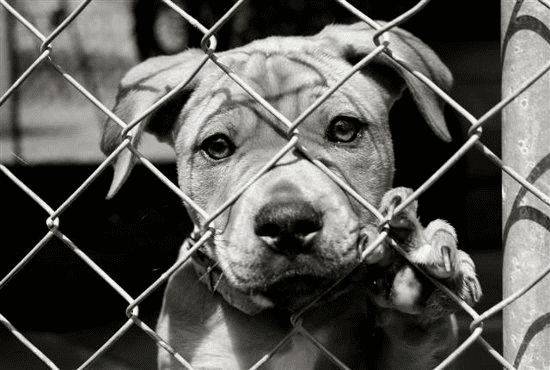 When discussing inefficient bureaucratic systems, an often overlooked example is the web of shelters and rescues that encompass the pet adoption process. From lack of standardization and clarity to the often dogmatic preaching one is subjected to, this is a system rife with problems; unlike the DMV or the IRS however, these problems are not just costing time, they are costing lives. “Adopt don’t shop” is a common response when one decides to get a dog, but the adoption process is a cumbersome maze of dead ends and red herrings that upon closer inspection is just red tape. The two biggest problems are the ample discrepancies between the shelter and rescue adoption process and the classism that is fundamentally ingrained into the manner in which one gets approved by rescues.

Shelters are the county and city-run animal service centers, more commonly known as the local pounds. These centers have a constant influx of animals and relatively low adoption fees. The entire adoption process can often be done within a couple of days, sometimes even the same day. There are, however, several problems with the way these operate. Due to their constant rotation of characters, their online database is not a very accurate representation of shelters’ selections of animals. So, prospective owners are forced to bounce from one end of the county to the other trying to gauge the options. Furthermore, their quick adoption timeline means that dogs are often given to underprepared owners, which can lead to high return rates. The San Diego county shelters operate on a three strike system where a dog is euthanized after three returns, so an owner’s unpreparedness punishes dogs that might’ve had long lives had these owners been more aware.

The complete opposite end of the spectrum are rescues, which are private, not-for-profit organizations that often focus on “rescuing” dogs from the streets or dogs that might be on the list for euthanization at the pound. Because these are private organizations they have incredibly high standards for those hoping to adopt their dogs, and if one is able to meet their lofty requirements, the adoption fees can be up to three or four times that of the pound. Although they might not be returned, this yields a problem similar to the low adoption fees at the pound where they are forced to live their lives in foster homes and rescue centers for years, simply because no one adopts them. The fact that these are all private institutions creates the problem that one often has to visit each one in order to see which dogs are available at each rescue. In some of them, one is not even allowed to see the dogs until after being approved as a potential dog owner. The requirements of these rescues are often classist and presented to potential dog owners in the form of long and complicated applications. Each rescue requires a different one with questions pertaining anywhere from income and homeownership to having amenities like air conditioners and a yard.

The bureaucratic inefficiencies can be solved with standardization. Shelters should create a more complete database than the one currently available, one that is up-to-date and clearly states whether dogs are in a shelter or a rescue. Within this database, shelters would benefit from a master application, that automatically matches personal profiles to dogs one is likely to be able to adopt. This is the era of technological advances and yet one still has to fill out extensive applications for every rescue in the county and pray to be allowed a glimpse at rescue dogs, a simply unacceptable practice in this day and age. Instead of ridiculous fees, shelters and adoption agencies should require all prospective dog owners to attend a class or a seminar on the responsibilities that are entailed and the financial costs of dogs or ask for a certain amount of volunteer hours at one of the many local shelters or rescues.

More than half a million dogs are euthanized in shelters each year, a number that could be significantly reduced if the adoption process was streamlined and the requirements were changed. There is no denying that there should be some measure of regulation. However, the most important thing dogs need is someone to care for them and provide for their most basic needs, which are not things that can be determined by annual income and acreage.