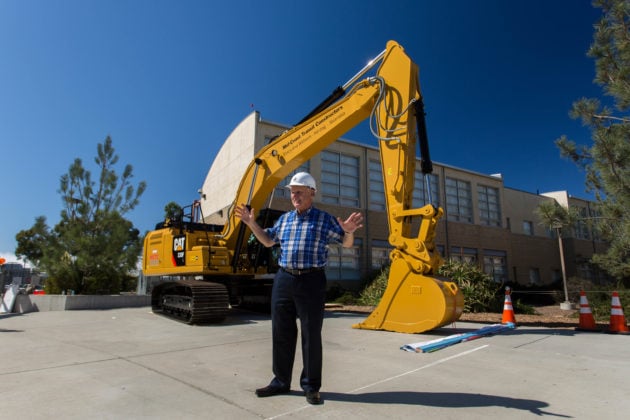 The first item that was approved was the budget for the Ridge Walk Academic Complex, which would function as a new building for both arts and humanities as well as social sciences. In the past five years about 30 faculty members have been hired for the departments, but no additional space has been added to the campus to accommodate this personnel increase.

In July, the Regents endorsed the project for funding. During last week’s meeting, Khosla sought the approval of a budget of over $118 million, about $68 million in external financing and about $50 million general funds from the state. In March of 2018, the design’s environmental impact will be reviewed, in accordance with California Environmental Quality Act regulations.

The next two items that were approved were designs for redevelopment in the Mesa Nueva graduate student housing project. Khosla cited a growing student body as well as an increasing demand for campus housing.

“In a locality where the housing prices are going up eight to 12 percent a year … I am convinced that it is in our interest and our responsibility to really try to become as much of a residential campus as we possibly can with a promise to the students of rental values that are below market,” Khosla told the Regents.

The projects would be an extension of Mesa Nueva and would redevelop low-density buildings in East Campus to accommodate more graduate and professional students. Six existing apartment buildings would be demolished. The goal is to build housing complexes that allow for more units in the space.

One of the Regents questioned whether the redevelopment would be more effective in reducing costs per foot, so the UC San Diego officials cited the low cost of using the land, as well as a proportionate saving in costs between this project and the first Mesa development.

“We’re seeing a savings due to the economies of scale of just under five percent project to project, versus the escalation in the economy that’s happening with an increase in building materials ann labor,” King said. “We’re able to keep the prices marginally lower than the escalation that’s in the economy.”

The redevelopment project is expected to be completed by November of 2019.

Following these approvals, Khosla and his associates proposed the development of a new “Triton Pavilion” to house student services. The pavilion would be built along Gilman Drive between Center Hall and the Conrad Prebys Music Center.

“There is [currently] no location called 9500 Gilman [Drive],” Khosla said. “It is a made-up location, it is a made-up address.” The new structure’s address would officially be 9500 Gilman, and serve as the “gateway” to the campus, as Khosla called it. If approved, the project is expected to reach completion before the fall of 2021.

Videos of the Regents’ most recent meeting can be viewed online. The next meeting will be Jan. 24 and Jan. 25 at UC San Francisco.