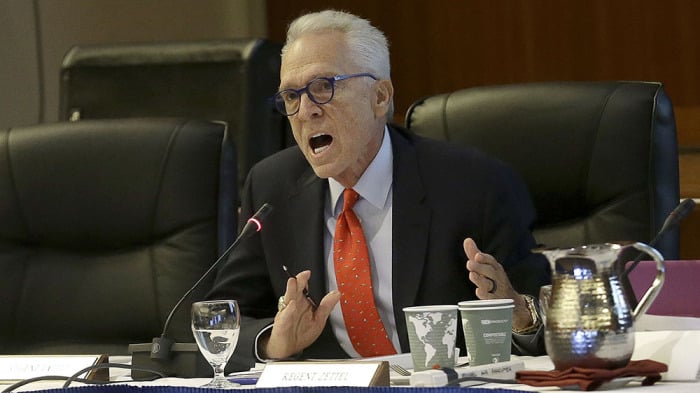 University of California Regent and PodcastOne founder Norman Pattiz is being sued by his former employee for allegedly using a handgun during meetings. Raymond Hernandez, the former PodcastOne employee behind the lawsuit, claims that the UC Regent used the weapon as a means for intimidation to get him to boost download numbers to con advertisers.

This is not the first time that Pattiz has faced accusations of misconduct from employees. Just last year, a recording of the PodcastOne founder asking a female colleague to touch her breasts was aired on the internet, and Pattiz has a history of making such comments in the office, often making his female employees uncomfortable.

More recently, however, Hernandez stepped forward about meetings with Pattiz, alleging that during such meetings, Pattiz boasted about his connections to law enforcement.

“This guy must be crazy. I’ve never met alone with him,” Pattiz said in a statement to TMZ. “I didn’t hire him or fire him. I barely know who he is. The fact that I’m a law enforcement reserve is well-known as I have public service awards in my office.”

Hernandez was fired from PodcastOne, claiming he was fired as a revenge tactic after Pattiz believed he was the one who leaked the recording of his misconduct with a former female employee.

Hernandez was later hired by a different employer who then terminated the former PodcastOne employee after being urged by Pattiz’s company to fire him.

“I didn’t and would never act in the manner that’s been described,” Pattiz said in the statement to TMZ. “We have received no lawsuit but I presume this is in response to our letting him know today that we are going to sue him. His allegations are absurd.”

The UCSD Guardian reached out to the UC Office of the President on Friday evening for a response, but they have yet to respond.