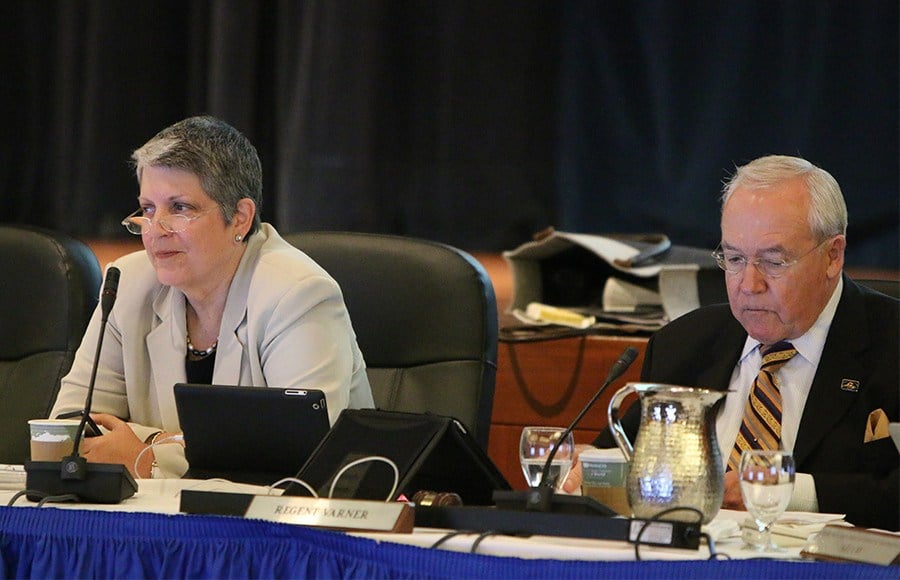 The UC Board of Regents has officially decided to place a cap on the number of out-of-state and international students each UC campus can enroll. During their meeting at UC San Francisco today, the Regents voted in favor of limiting nonresident admissions to 18 percent of the total enrollment.

Regent John Pérez declared his approval for the measure.

“This is an important and complex issue,” Pérez said. “It’s a product of a more deliberative, more concentrated piece of work. I will support it because I think it represents very good work and it moves in the right direction.”

Last year, California State Auditor Elaine Howle came to the conclusion that The University of California system lowered their academic standards for out-of-state students, while leaving many California residents dismal because they meet the basic requirements and even exceeded them: high GPA, extracurricular and high test scores.

The enrollment policy proposal came to fruition after the California state auditor publically released a report which criticized the policy on nonresident enrollment by the universities. Mike Gipson, California Assemblymember, claimed the current UC policy was making it difficult for residents to be admitted and the universities should have found other cost-cutting methods to accept more residents.

The policy was originally supposed to be voted on in March, but due to disagreements on the proposal, it was pushed to May. The state legislature set the deadline for the regents to act and finalize a policy or they will withhold $18.5 million in enrollment funds.

An international Eleanor Roosevelt College student, who requested his name be kept anonymous, told The UCSD Guardian that an 18 percent cap would make it fair for everyone and he should not have an advantage because he pays more. He further stated that the cap would affect the acceptance rate of future out-of-state students.

“I think it is a good thing that regents are [voting] [18] percent cap so it can give a fair chance to everyone,” the student said. “I should not have an advantage of being admitted into a UC because I pay more, however, it will affect out-of-state students by limiting the amount that can come in. I also wonder how The University of California system will come up with all the extra money [nonresidents contribute] since the state does not help with all the funding needed.”

Out-of-state Warren college junior Diana Cortez told the Guardian that she worked as hard or more than an in-state student. She also said that out-of-state students pay more money which helps the UC system and that there should not be a cap of 18 percent passed.

“I think that the [18] percent [cap] is good because it is a UC and it is for Californians because there is taxpayer money towards that, but we pay a lot of money,” Cortez stated. “I think it benefits the schools overall and I think that they should not put a cap, but not accept more out-of-state than residents and keep it that way, but keep it the same [percentages as they are now] so it can level out. I do not get a gpa boost from honor courses and I actually think it is just as hard for in-state and out-of-state [students]. I worked just as hard as an in-state student. [The UC’s diversity] will get less cream of the crop and you will get more residents because they are in-state. I am not for the [18] percent cap.”

ERC junior Aleksandr Bgatov said he is against the proposal because it would not allow out-of-state students to experience California and its educational system.

“I am against the [18] percent cap because I think out-of-state students deserve the opportunity to be immersed in the Californian experience like me,” Bgatov stated. “The cap does not even seem that it will affect the majority of the campuses as far as I know. [As for UCSD, UCLA, and Berkeley], it will just limit the chance of someone to experience California’s educational system.”

“The Policy on Nonresident Student Enrollment” will allow campuses that currently enroll a low number of nonresident undergraduates to increase their proportion. The policy will be put into effect Fall 2017 and will make the UC system hold all students to the same academic caliber.