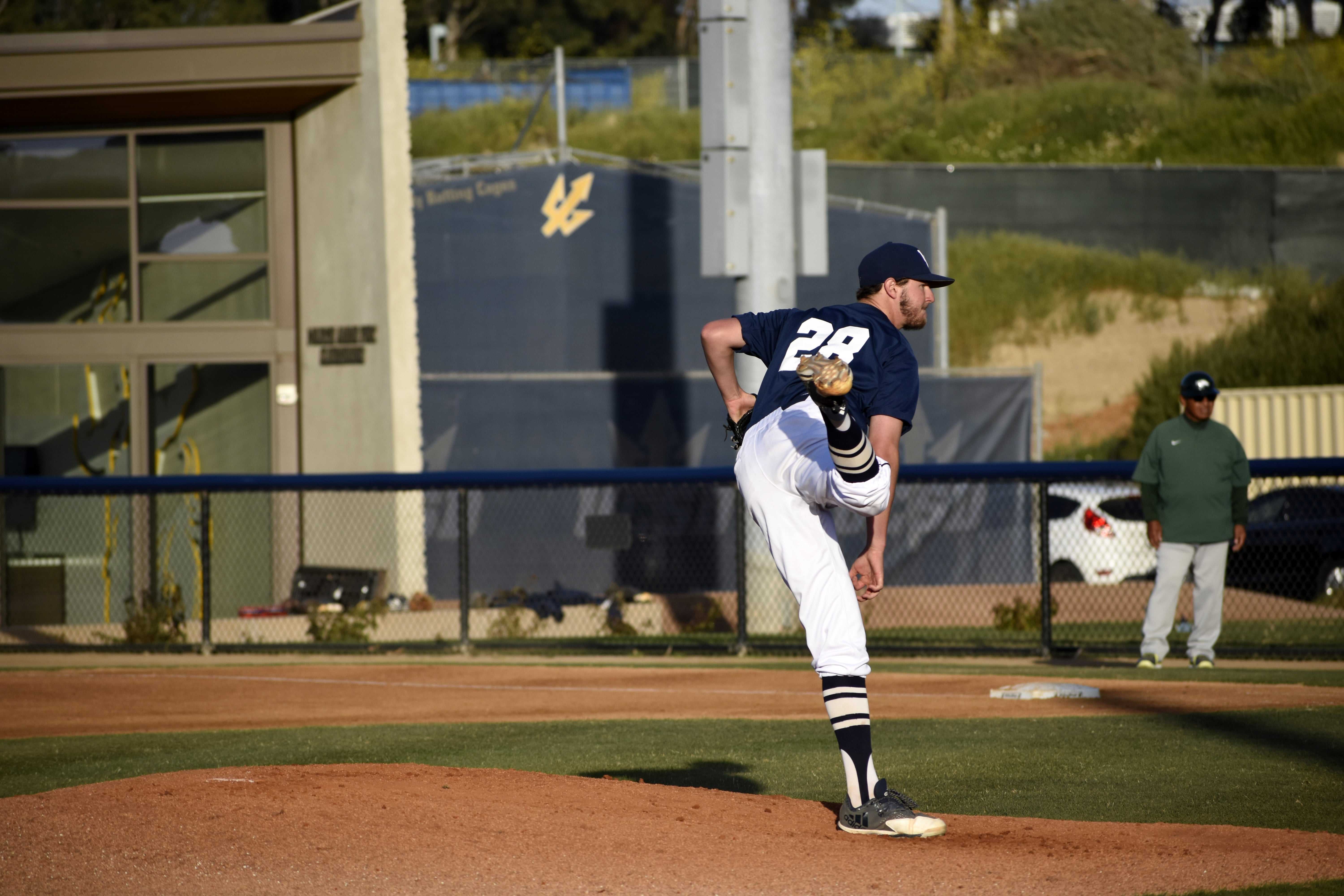 The UC San Diego baseball team traveled up north to Stockton, California midweek to start its California Collegiate Athletic Association championship run. At the end of the weekend it was the two heavyweights from their respective divisions battling it out in the final. The Tritons played six games in the span of four days, going 4–2. Unfortunately, they ended the weekend one win short of earning the CCAA Championship as they took the final loss on Saturday against rival Chico State, 12–5.

Their journey to the conference title started on Wednesday when they faced off against Stanislaus State and comfortably won 6–1 behind a dominant pitching display from redshirt senior pitcher Troy Cruz. The right-handed pitcher allowed only a single run in eight innings of work to earn his team a comprehensive win. With the win, UCSD moved on to take on divisional rival Cal Poly Pomona.

The matchup against the Broncos came down to extra innings as the two teams were deadlocked at six apiece at the end of nine innings. The Tritons had the advantage for the majority of the game as they led from the start, going up 1–0 in the first inning. Midway through, the Tritons took a 6–3 lead and looked on pace to get the victory; however, in the sixth inning Pomona cut the deficit by two, making the score 6–4. The score remained the same until the bottom of the ninth, when the Broncos earned two runs in order to tie the game up and head to extra innings. The Tritons, again, held the advantage after the 10th as they got two runs to go in; however, it was simply not enough as the Pomona responded with two runs over its own to take it another inning. As UCSD came up empty in the 11th, the Broncos knocked in a run to get the 9–8 win.

At this point all games became must-wins for UCSD after the loss to Pomona, and the Tritons responded in incredible fashion as they faced Cal State Los Angeles and dismantled the competition with a 16–6 score. Another dominant pitching display earned UCSD the win, this time courtesy of redshirt junior pitcher Kyle Goodbrand as he pitched a no-hitter into the eighth to give his team a great score differential going into the the latter innings.

In the second game of the doubleheader on Friday, the Tritons had their chance at redemption against the Pomona Broncos. This time around, Pomona had no response for UCSD’s offense as the Tritons were able to hang on to a 7–3 win in order to keep their championship hopes alive.

On Saturday, the Tritons needed to win against the top-seeded Chico State in order to have an opportunity to face Chico in a second game for the conference title. The Tritons took care of business against Chico in the first game as they took a comfortable 13–4 win. With the win, UCSD earned the right to play Chico once again on Saturday. Winning two straight against the Wildcats offered a tall task for the Tritons and it showed as Chico came out firing in the title game, winning 12–5 to take the conference crown.

Next up, the Tritons will play Dixie State in the NCAA West Regionals on Thursday, May 18th at 7 p.m.