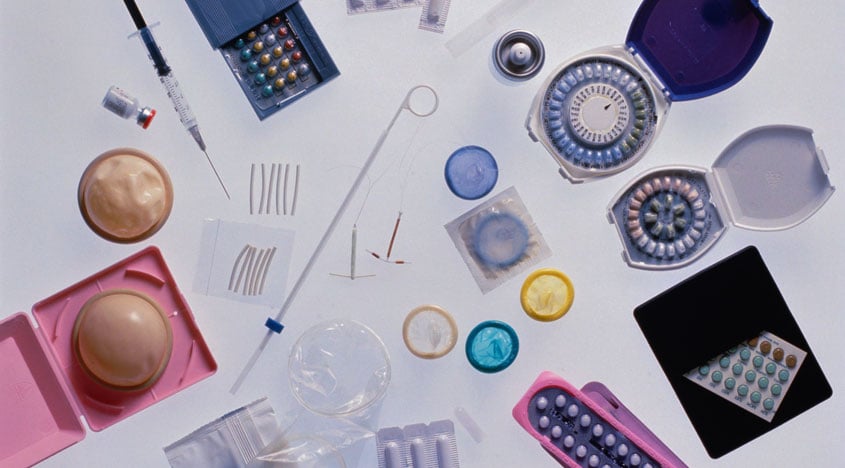 UC San Diego engineering student Geoff Hollett took third place in the annual UC Grad Slam, hosted at the LinkedIn headquarters in San Francisco on May 4. UCLA and UC Santa Cruz took first and second place respectively in the contest, which requires participants to communicate their research in 180 seconds.

Hollett is a PhD candidate in the materials science and engineering program and is working on developing a longer-acting injectable contraceptive with the Sailor Research Group. To make his research sound simple yet educational and engaging, Hollett focused on the geometry of contraceptive drugs.

The current three-dimensional drug becomes less effective over time because the surface area decreases as it dissolves in a solution. To make it easier to conceptualize, Hollett told audience members to think about a sugar cube dissolving in a cup of coffee. By using a one-dimensional porous silicon wire instead, the drug can be released at a constant rate over a six-month period.

Each UC campus hosted their own Grad Slams between February and May, before the first place winners from each school squared off for the $10,000 prize money. The purpose of the Slam is for graduate students to develop communication skills and the ability to showcase their work to a larger audience.

Graduate Adviser Shana Slebioda noted that the limited time required each presentation to be succinct but informational. Participants were judged accordingly.

“The talks are meant to be quick and engaging, no matter who is in the audience,” Slebioda told the UCSD Guardian. “Students are judged on criteria such as clarity, delivery, visuals and intellectual significance.”

Dean of the UCSD Graduate Division Kit Pogliano explained why public engagement is a crucial ability to develop.

“The ability to effectively communicate your work is a critical skill for graduate students to develop, whether they plan to pursue a career in academia, industry, government or other fields,”  Pogliano said in a press release. “Grad Slam is an excellent opportunity for our students to practice these skills while also engaging the community in graduate student research and how it impacts society.”

Although Hollett was able to condense his research to a three-minute talk, he wishes he could convey the extended endeavor he and many others had to tackle.

“The thing that got lost the most in my presentation was the amount of work that goes into these projects,” Hollett stated. “In my slides, I had two cartoons of idealized graphs when in reality this was a project that two graduate students and post-docs have been working on full-time for nearly three years and has generated thousands upon thousands of data points, images and graphs with still a lot more to come.”

However, Hollett believes that a shorter presentation waives the deluge of evidence required in longer deliveries such as senate exams and thesis defenses.

“For a three-minute talk people are more likely to trust you,” Hollett said. “With hour-long talks there’s a significantly higher threshold for burden of proof. If you want to make a compelling conclusion, you better have the data to prove it.”

Preparations for the Grad Slam began in February with workshops and one-on-one coaching sessions with the Center for Student Involvement and Qualcomm Institute. Hollett found the provided guidance supportive and practical.

“The coaching and workshop sessions were incredibly useful,” Hollett said. “They were run by Tiffany Fox [from the California Institute for Telecommunications and Information Technology] and Katy Brecht [from Student Life] who gave many great pointers, even down to hand gestures and when to move on stage. Many of the coaching sessions were open to anyone, so I also got a lot of useful feedback from the other competitors.”

Slebioda added that the emphasis on science communication for graduate students will continue to grow in the next few years. Hollett agrees with the direction the UC campuses are going and emphasized the importance of effective communication.

“I definitely think that communication skills should be emphasized more in graduate programs,” Hollett said. “No matter how strong your research is, society ultimately has to accept it before it can gain any traction.”