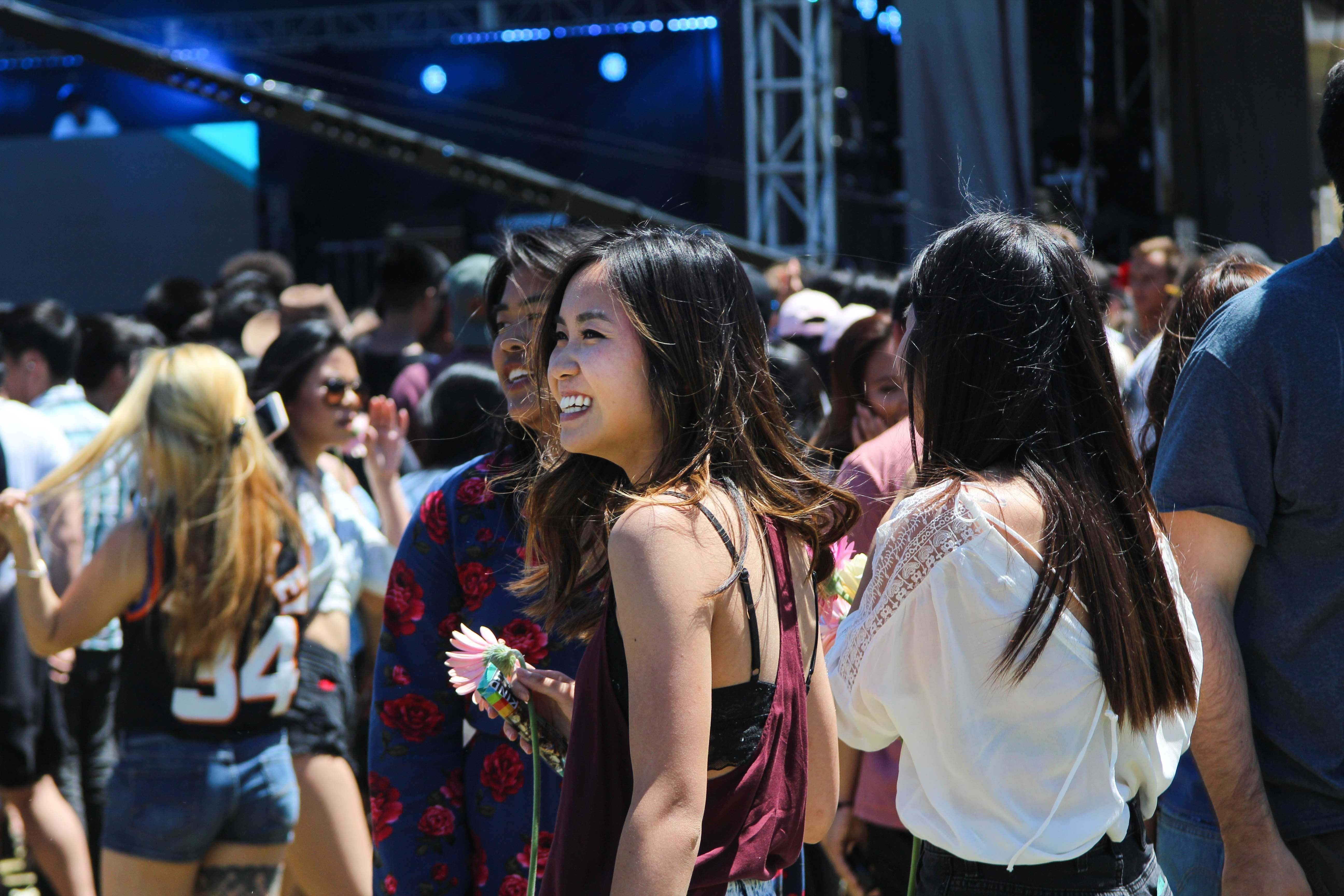 With a lineup consisting of names like Khalid, ScHoolboy Q, DJ Mustard and more, UC San Diego held its annual Sun God Festival this past Saturday at RIMAC Field. With a variety of things for students to enjoy including music, food, video games, a water slide, jenga and more, attendance was in the thousands.

The festival, which lasted from 12 p.m. to 6 p.m., enforced strict regulations ranging from online registration advising students on alcohol use to drug-sniffing dogs at check-in. In addition, students were not granted re-entry, and parts of campus were sectioned off throughout the event, requiring students residing in Eleanor Roosevelt College, Thurgood Marshall College and The Village to wear wristbands that would allow security officers to let them back into their respective colleges.

Aisha Asif, a freshman at Eleanor Roosevelt College, was bothered by some of the regulations as they proved to her to be inconvenient and futile.

“I think the wristbands and fences were useless because they didn’t really enforce it. It was really extra, but I appreciate it at the same time,” Asif said.

Nonetheless, Asif still enjoyed the festival as it was her first concert and first time attending the event.

“I had a really great time,” Asif added. “I loved Khalid! That was the highlight of my day.”

Sponsored by brands such as Vita Coco, Sun God had a water slide to help relieve some of the heat students experienced. Along with other sponsors, students were also able to indulge in the free goods given out by the different brands. With these ranging from acai bowls to energy drinks, students maintained their energy for the last three sets, which proved to be the most popular: DJ Mustard, Khalid and ScHoolboy Q.

For many students, the lineup was a hit as Khalid, a student favorite, was featured. His song “Location” has become popular among millennials.

ScHoolboy Q was able to attract a large crowd as well. Explaining during his set that he was accepted to San Diego State University on a football scholarship, the crowd booed until he emphasized his rejection of the school’s offer.

While it is a popular event, some students are unable to attend due to other ongoing events.

Due to prior commitments, Muir College junior Rachan Narala was never able to attend past Sun God festivals. However, being that it is midterm season, he decided to stay on campus this year, allowing him to go for the first time.

“I was at different conferences going on previous years, but I saw the lineup this year and kind of ditched that and came to this instead,” Narala said. “Well, not really ditched because I couldn’t spend a week at a conference because of midterms. I decided, why not come to Sun God? It was so fun and I really liked the headliners this year so I was excited for it.”

Despite the event receiving generally positive feedback, some students believe that there is always room for improvement.

Kavonna Holloway, a freshman in Muir College, gave some insight as to what she believes would constitute a better Sun God.

“The social vibe is really cool,” said Holloway. “Right now it’s pretty good, but there’s probably additional things that could happen … maybe have it later in the day. The night style of it all makes it more out and vibrant.”

With Sun God over, students living around RIMAC Field can expect fencing and wrist band regulations to be taken down.