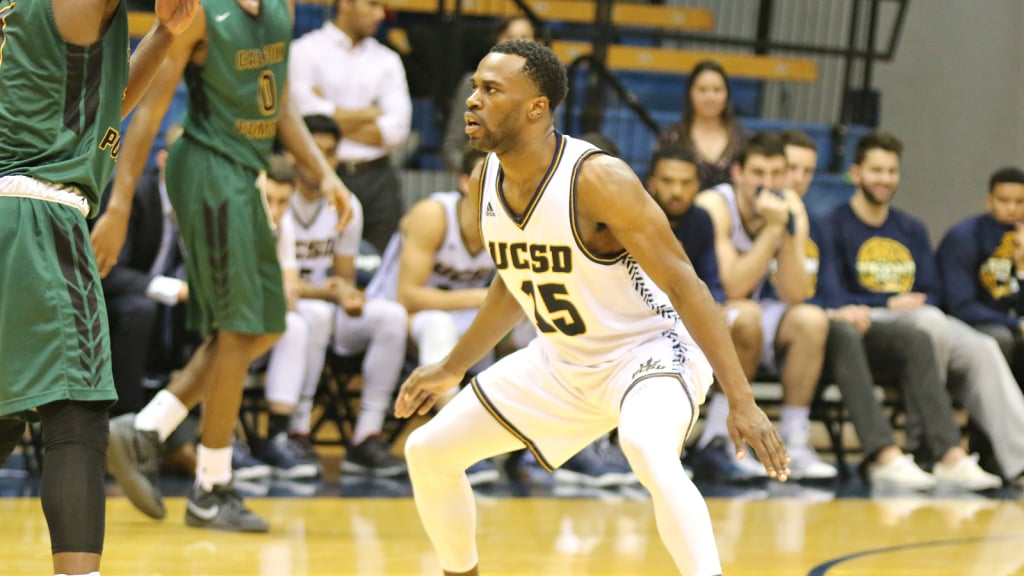 The UC San Diego men’s basketball team earned its first California Collegiate Athletic Association regular season title with 74–64 win over Cal State San Bernardino on Thursday night. The Tritons made history in the process, winning the CCAA title for the first time ever in the program’s history. With the win, UCSD extends its win streak to seven games and ends the regular season with a 22–5 overall record and 17–3 in conference play.

Senior guard Adam Klie led the scoring for the Tritons as he dropped 26 points on 10-for-20 shooting including six assists, three rebounds and a steal. Klie consistently has showcased his overall play from game to game, and Thursday night was no exception. The senior made history by becoming UCSD’s Division-II scoring leader, now with 1,402 points and will have a chance to separate himself on the scoring leaderboard in the postseason.

Along with Klie, sophomore center Chris Hansen had 23 points, six rebounds and a block. Additionally, sophomore forward Christian Oshita recorded 12 boards in the game for a career-high, while junior guard Anthony Ballestero chipped in with 13 solid points off the bench, going three-for-three from three-point land.

The Tritons shot 46 percent from the field (26–57), while the Coyotes shot a similar percentage, 45 percent (19–42). However, the volume of shooting had a significant impact on the end result as the Tritons were able to put up 15 more shots compared to their opponents.

UCSD is now officially done with the regular season and fully focused on the postseason. While the CCAA season title was a great achievement, the team has its eyes set on postseason titles. Looking to repeat as champions in the CCAA Tournament, the Tritons’ first order of business will be to go through Humboldt State University on Tuesday, Feb. 28, when they will host the CCAA Tournament quarterfinal game at 7:30 p.m. The winner of that matchup will head to the semifinals, which will be held on March 3 and March 4 at Cal State San Marcos.