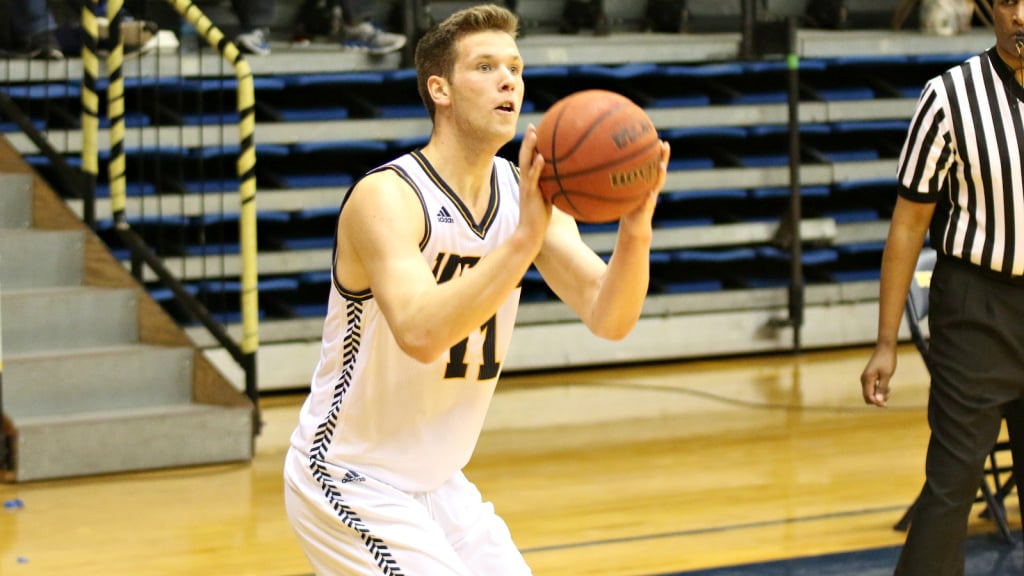 The UC San Diego men’s basketball team had a fairly comfortable weekend on the court as the players were able to put both of their opponents out of the contest early. On Friday, the Tritons faced off against Cal Poly Pomona, winning by a 22-point margin, 72–50. Meanwhile on Saturday, they finished off their two-game home stand with a 21-point win over Humboldt State, 88–67. The back-to-back 20-plus-point wins extend UCSD’s win streak to six wins, helping the team maintain its top spot in the California Collegiate Athletic Association standings. The Tritons improved their record to 16–3 in the conference — the most conference wins for the team since joining the CCAA in the 00–01 season.

The Tritons were not tested by Cal Poly Pomona that night, thus continuing their winning ways on their way to a fifth-straight victory. Sophomore guard Christian Oshita led the way with a 17-point performance off of five-for-seven shooting to go along with nine rebounds.

Besides trailing in the first minutes of the game, the Tritons never relinquished the lead as they dominated their opponents on both ends of the court.

The momentum is starting to shift for the Tritons, as they are being able to string strong performances late in the season which will be extremely important for their mentality going into the postseason.

Freshman forward Scott Everman, was undoubtedly the star of the night versus Humboldt State. He dropped 28 points and putt on a clinical display from three-point land as he hit eight three-pointers. Although, he was not the only one on the team hitting threes as the Tritons racked up a total of 18 threes on their way to a sixth-consecutive victory.

Everman found himself open from behind the arc on many occasions and was able to get going from long range in the first half, hitting seven-of-eight threes in the first 20 minutes of play. Overall, the freshman forward ended 10–21 from the field.

Senior guard Koree Cox had himself a solid game as well in his final regular season game at RIMAC Arena with a career-high 17 points. Similar to Everman, Cox found himself open from the three-point line repeatedly during the game and was able to knock down five-of-eight from deep. Senior guard Adam Klie also racked up double-digit scoring with 13 points, while Oshita earned a career-high 11 boards.

UCSD shot 46 percent (33–72) and took over the game from the start, getting up on its opponents often and early, never trailing in the game. The team’s biggest lead was 29 points, though it could have been a lot more.

The Tritons will now take their six-game win streak on the road for the final regular season game versus Cal State Bernardino on Thursday, Feb. 23. The CCAA regular season title, which the program has never won before, will be at stake for the Tritons at this next matchup. After Thursday’s game, UCSD will shift its focus to the postseason as it hosts a CCAA Tournament quarterfinal on Tuesday, Feb. 28 at 7:30 p.m.